When he gets a phone call late one night, Interpol Agent Mihi Stross expects it to be his husband, Rafi, calling to say he is finally on the way home. What he gets instead is a nightmare: Rafi’s mission has failed. Despite orders that he is not to attempt a rescue, Mihi heads to Europe to find and bring home his missing husband. But rescuing Rafi, and getting them both home safely may be the one assignment he can’t complete…

“Mihi?” Rafi’s voice echoed softly on the other end of the phone. His tone had an edge to it that was too cautious—soft, as if he were afraid of being overheard, yet intent as if he were anxious that I would miss something important. My heart beat faster in worry. Rafi never sounded like that. He was always so happy to hear my voice, to know I was all right, and to ask how my day went.

“Rafi,” I replied, keeping my voice light and easy, as if that could somehow halt the darkness I felt creeping into our conversation. If I maintained my good mood and stayed happy, this would be just another normal phone call instead of the painful one I knew it was about to become.

“I love you, Mihi,” Rafi continued. “When I get home, let’s make grilled peanut butter sandwiches and eat them on the back deck.”

My heart stopped. I never should have picked up the phone so late at night, but I had been hoping it was Rafi calling to tell me he was on his way home from his most recent mission. It would have made my night to plan to cut out of work early tomorrow to go pick him up at the airport. Rafi needed to take back everything he was saying.

“Do you want bananas in your sandwich?” I forced the words through my tight throat as I fought tears and panic.

“No!” Rafi yelped. I wished he sounded hopeful instead of panicked. “No bananas. Keep the bananas at the store!”

“Olives?” I asked, hurt. I understood why no bananas, but the admission still twisted something in my gut.

“The olives are already in the pantry,” Rafi replied, much to my relief. “I have to go; I love you, Mihi.”

The phone clicked off before I could reply.

My first inclination was to break down and cry, and I was fighting tears even as I grabbed my wallet and keys and headed for the garage. Bananas or no bananas, Rafi wasn’t going down without me!

I grew up eating Nutella in Israel, which was similar to peanut butter, but about a million times better. Rafi knew I wouldn’t eat something so inferior as peanut butter, which was why eagerly asking for peanut butter sandwiches was the panic code. I did love bananas on my Nutella sandwich, though, and Martin was an olive fiend. Robert was a jelly guy, but since he was still in DC, there was no reason for Rafi to have mentioned him.

I barely remembered the drive to headquarters. I was probably lucky not to have passed a speed trap on my way, because if I wasn’t focused solely on the road, I tended to drive like an Israeli—too much speed, too much swerving around other drivers, and a tendency to obnoxiously overuse my car horn.

Rafi’s job was a mysterious one. We couldn’t explain it to our parents or friends; instead, we simply told them he worked for the government. In fact, the majority of the intelligence and Homeland Security community didn’t know Rafi’s job existed. His job was so high up the need-to-know scale that if I hadn’t occasionally worked with his office, he might not have been allowed to tell me about it even with spousal privilege.

What that all meant, of course, was that the nose of my car was pointed toward Maryland, instead of DC. The outside of Rafi’s office building looked unassuming as I finally pulled up, just steel and brick without any overt security features to give away its actual purpose. The official sign on the street read US Department of Forestry.

I slid into the first parking spot I saw. Since the lot was mostly empty, it wasn’t hard, but my head was buzzing strangely, and my lungs were aching as I fought against hyperventilating. Anything that helped to make this easier was a welcome boon.

The main doors were a short walk away, along a sidewalk with carefully manicured shrubs that attempted to give the building a little class, but it still managed to look industrial despite that. The doors didn’t slam against any walls, which would have been satisfying to me as I shoved inside, but I stomped right through the metal detector, past the cop manning the security station, and up the stairs. I could hear at least three alarms going off as I bypassed the first floor and headed into the lobby on the second. Those weren’t important, though. Figuring out what was wrong with Rafi was.

As I crossed the lobby, running footsteps and the metallic sounds of guns being cocked and slides drawn back sounded. At least a dozen security guards and armed agents, mostly cubicle workers, judging by their ties and crisply cut hair, poured out of the side hallways and through an impressive set of glass doors just ahead. I stopped stomping and held up my hands. Guns pointed at me and people shouted. I couldn’t think of what else to do. Rafi needed my help, and the means to figure out how would most likely be found here. There were procedures to follow in these sorts of situations, procedures that in my panic I had forgotten, I realized, as I stared down a dozen gun barrels.

“Mihi, you could at least flash your badge.” Robert’s voice penetrated the fog in my head. I realized belatedly that I could have called to tell him something was wrong, and I was coming to the office. Robert sighed as he waved one large hand to tell the other agents to stand down.

Many of his coworkers were staring at me with their hands on their barely holstered guns. I don’t think I looked too crazy, even though I was only wearing pajama bottoms and a sparkly, sleeveless top. My shoes were untied, and I wasn’t wearing socks, and it was quite possible I had bed hair. Okay, so maybe there was some reason for everyone to look so alarmed about me. I was actually a bit surprised they hadn’t Tased me the second I rushed through the metal detectors, but I wasn’t normally this crazy. Rafi’s message had sent me over the edge and I was only slowly climbing back.

“Let’s go to the office,” Robert said about five minutes later, once he had calmed his coworkers and apologized to the security guards. There would probably be an investigation into their security and why I had been able to breach it so easily. 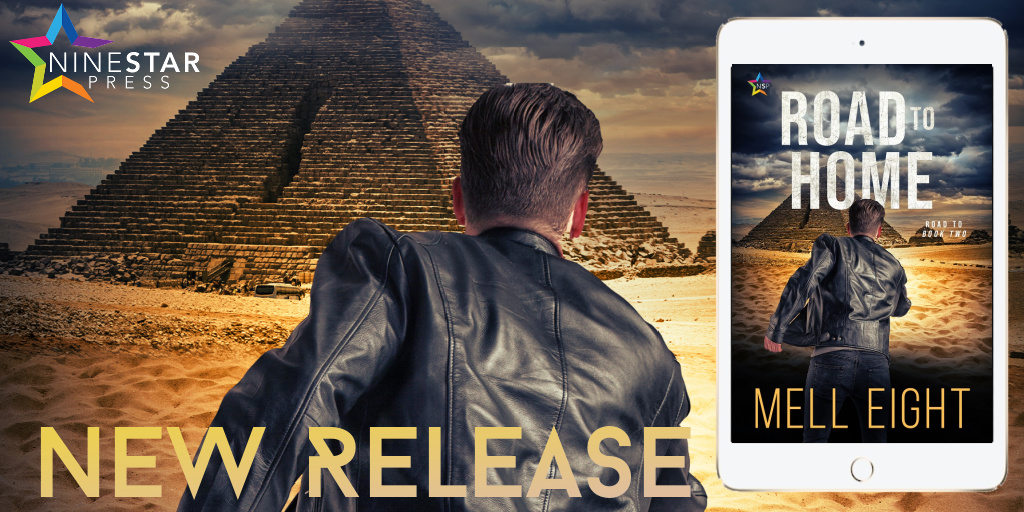 One lucky winner will receive a $50.00 NineStar Press Gift Code!

This competition ends on November 30th 2021 at 12am EST. Competition hosted by NineStar Press.