She’s his everything, and he’s nothing without her. 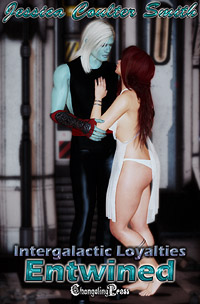 You can purchase this title at:

“I loved Ari’s character. She was relatable and endearing. Bane was a very likable hero and was passionate. This was a sweet yet sensual short story that was enjoyable to read.”

“On the whole, I liked the stories… There are space ship flights, fights, kidnappings, twists & turns, & rescues before lovers can be together forever. Buy the three together & you’ll have an afternoon of fun at the beach.”