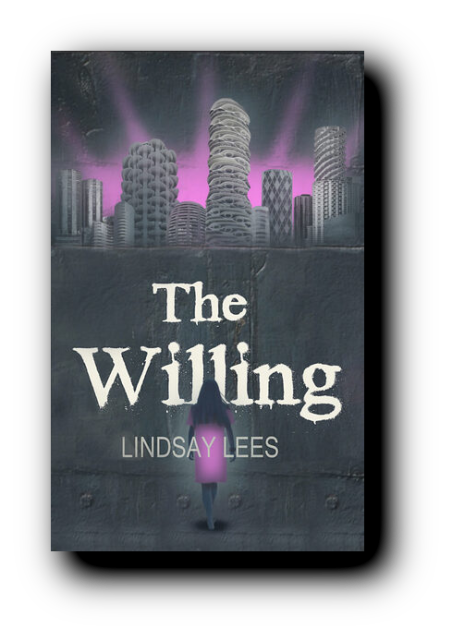 In less than a year, fifteen-year-old Gypsy Capone will be considered a woman in Ovoidia, a “utopian” city-state where every woman can be approached for immediate sex by any man, where curving architecture adds weird whimsy, sporks are the only cutlery, and true intimacy between the genders is a sign of suspect subversion. After all, if a woman just plays along, she’ll also do her job and have children, with the reward of a fine home in the “Communities,” where she and the other “Mamas” live together in harmony with everything they need. Right?

The irony: Diam and Isis, the two leaders of Ovoidia, are themselves females. Fun, yes! And just below the surface, perversely sinister. They personally execute these precise sacrifices by women to establish their “happy,” absurdly totalitarian utopia, and are backed up by their chosen army of male “crusaders,” enforcing a crime-free, fully controlled society.

Men are relegated to work in the “City” where they may “enjoy”—right there on the street if they wish—any woman they want and are welcome to satisfy their sexual and emotional needs at establishments called Gaje Clubs where only the most “gifted” among women are chosen to work.

Not surprisingly, in Ovoidia women have evolved until they feel nothing of sexual pleasure. But in Gypsy’s deepest heart, she realizes her own dark secret: she is the exception. Next she discovers to her horror that her secret, if known, could result in the ultimate punishment—genital mutilation.

To save her body and even her soul, Gypsy chooses a dangerous path—to single-handedly confront this scary and absurd world. She has the support of her allegiant sister Sadie and Miles Devine, a rogue, secretly gay crusader, and also “Doctor,” a morally questionable physician to help her. But none of them fathom the levels of paradox, incongruity, and twisted evil they will soon face, and the ride becomes something even Gypsy could have never imaged.

“The Willing is stunning in its brutality as well as its sensitivity! Absolute must read. We all have a piece of Gypsy in us. We must consider our potential future as women now with eyes wide open.”–Amazon Reviewer

“The Willing is an unusually deep commentary on a malignant dysfunction in our society, dressed in fishnet utopian stockings. While the premise and its sensual details push the boundaries of belief, a community that is ostensibly focused on the greater good but is governed by fear and hypocrisy fits perfectly in the dystopian genre. Gypsy’s character is flawed and immature in many ways, but her shield-like honesty is refreshing among a sea of conformists. A rather feminist piece filled with satire on the state of equality, The Willing is weighty and serious in its message, and sad in its reflection of how women are treated in our modern world. For a change from the norm, Lindsay Lees provides a gripping story that will have you thinking deeply about the importance of the relationships in your life.”–Jennifer Jackson from IndiesToday.com

In a basement meeting room of the Head Gaje’s oval-spiral Headquarters, an arched doorway slid open. Doctor Gino’s tired, wrinkled eyes also bolted open; he had only been resting them. He’d practically been dragged from his bed, after all. Ovoidia’s Chief Crusader, Rigby Katz, entered the hermetical, bleach-white room holding his round helmet, nestled under his thick, toned arm. Eyes bright and vigilant—a caffeine glow—he must have only just finished his shift, Doctor thought. He had been a Crusader for over thirty years but had the good fortune of not appearing his age. Rigby scanned the room like a robot from Robocop or Terminator, one of the Pre-Ultimate Revolution movies. After completing a thorough assessment, he surveyed the white leather office chair where Doctor sat with his liver-spotted hands folded on the round table.

“Oh good. I’m not the first to arrive.” Crusader Katz clomped in wearing heavy black boots, clean as the day they were made. “Gives me anxiety waiting around, wondering if I’m at the right place. Easy to get lost down here.”

A round clock above the arched doorway swept past the seconds. It was almost three A.M. Doctor hadn’t expected the tribunal meeting to take place so late.

“Do you know why we’re having the meeting now?” Doctor asked, casually.

Rigby regarded Doctor with amusement, rather like the way a mama looks at her child when she asks where babies come from. “Yes, the Head Gajes had an inauguration party to attend.”

Doctor yawned. So much for not having time to get a coffee.

Crusader Katz removed a piece of spearmint gum and his cell phone from his utility belt. He owned the newest model, a razor-thin silver flip-phone with a peek window on the front. When he flipped it open, the interior buttons reflected electric blue on his milky eyes. Doctor didn’t know why cell phones required upgrades. So long as they served their primary function who cared what they looked like?

Crusader Katz snapped the phone shut and shoved it back in his belt. “No service.” He sighed.

“We’re too far down,” Doctor said, pleased with himself.

The steady hum of an air purifier oscillated from a corner. A few stray bubbles burped in a standing water cooler. Doctor eased a ballpoint pen from his lab coat and hovered it over the table, pinching the cap to make sure it was firmly secured. He was forever spilling ink or coffee on the ubiquitous white leather.

“I forgot my notepad,” Doctor said, surprised at his error. While most communications in Ovoidia were transcribed digitally, Doctor preferred to handwrite his notes for archival purposes.

He experienced nostalgia for the tactile fluidity the pen afforded the fingers. “Do you happen to have an extra pad or a piece of paper?” he asked Crusader Katz.

Just then, the meeting room door opened to the heady scent of a dozen steamed bouquets, as though the Head Gajes had bathed in the buckets of wilting flowers being sold on the streets in the mid-day heat. Diam, the eldest of the Head Gajes strolled, chin up, into the room. Her stilettos tapped like hail on glass as she walked across the marble floor. She wore a black satin skirt flared above her knee. Her skin shone, glossy and supple. Isis, the younger Head Gaje, teetered in behind her, gripping a round red lollipop on a white stick. 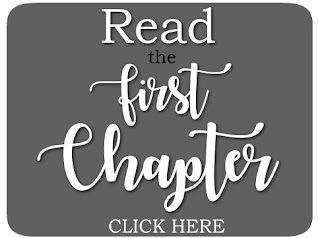 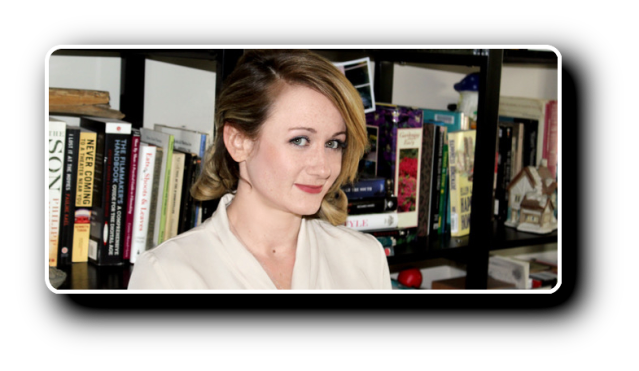 Lindsay Lees is originally from Los Angeles and holds dual citizenship in the U.S. and the United Kingdom, and while growing up and later in college, she split her time between the two countries. Lindsay earned a B.A. in 2008 from Manchester Metropolitan University, and next an M.F.A.in Creative Writing from California College of the Arts.

The Willing is Lindsay’s debut novel. She currently lives a quiet Southern life with her husband and a houseful of pets. 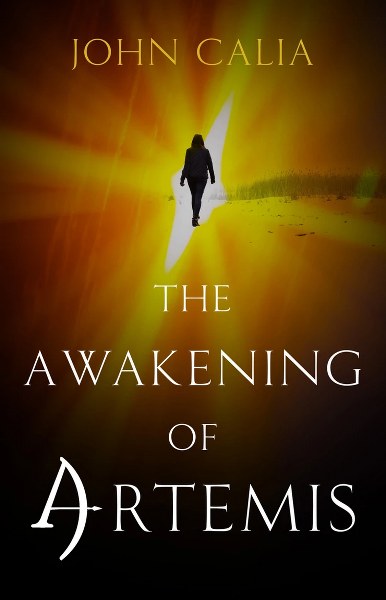 The Awakening of Artemis

Orphaned and disillusioned about her career, Diana Gutierrez-Adams is on a routine military assignment when she and her team are kidnapped by a domestic militia. She learns from her captors that her cryogenically-frozen grandfather is at the center of a high-stakes caper to steal technology for greed and great fortune. Challenged by the conspiracy and pulled by emotions she doesn’t fully understand, Diana begins a rescue mission that will change her life.

Set in 2049 America — a world where the elites make all the rules and artificial intelligence enforces them – the real danger is that the technology will be lost in the ensuing chaos. With her life under threat, Diana is forced into a desperate bid to escape, taking with her Gabrielle, her soulmate and the one person she knows she can trust.

To evade a devious enemy who is one step ahead of them at every turn, Diana and Gabrielle must outsmart the global monitoring systems that tracks their every move. On a trail littered with the dystopian remains of middle-class America, they will come face-to-face with an artificial intelligence that threatens the future of all humankind.

What happens to her is unexpected, perhaps miraculous – an adventure that embraces all her hopes for finding her true self and her place in a world dominated by powerful elites and even more powerful artificial intelligence. 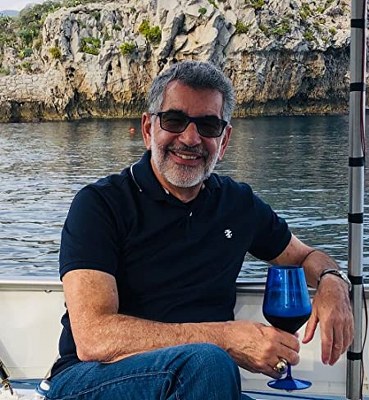 A Brooklyn-born, second generation American and the eldest of three boys, writing is his third career and the one about which he is most passionate. Following graduation from the US Naval Academy and active duty in the Navy, he embarked on a career in business. He began writing his blog “Who Will Lead?” in 2010 attracting over 120,000 readers. It inspired him to write his first book, an Amazon five-star rated business fable titled “The Reluctant CEO.” Currently he makes his home in Fairport, NY, a village on the Erie Canal.

ebook of The Awakening of Artemis – 10 winners!

Best-selling author Destiny Hawkins brings you the third installment of a gripping dark fantasy where a powerless girl must survive in a society that doesn’t accept the weak…or the defective.

Destiny Hawkins is a multi-genre author with a dark imagination and a love for magic.

She enjoys cooking, running, swimming, listening to music, reading, and of course watching anime filled with fantasy! Her favorite genres to read and work in are Fantasy, LGBT, Paranormal, Romance, Dystopian, Sci-fi, and young adult. She’s been a writer since she was nine years old, with Caged being her very first novel, and she has more to come!! Much…much more.