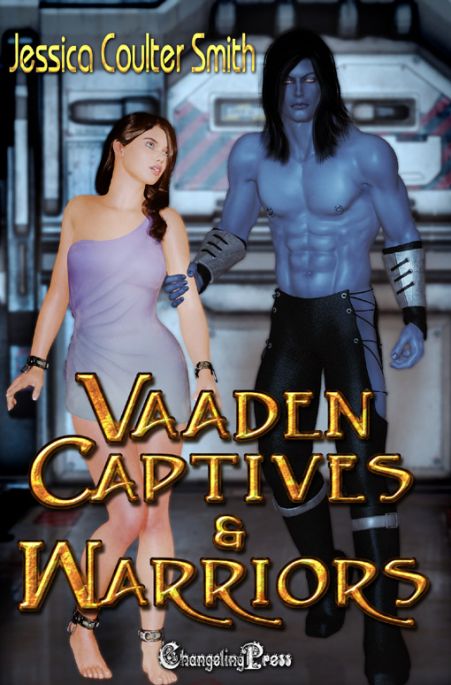 When Vaaden warriors claim slaves from Earth they will face emotions they never knew they possessed.

Vaaden Captives: Captured on Earth, Sorcha, Enid and Susan are slaves, bound to owners who crave them for the pleasure they can bring, the women despair of ever finding happiness again. But then the unthinkable happens. Sorcha falls for her owner’s brother; Enid, despite her fears, falls for the man who claims her; Susan finds herself drawn to two men, but in the end, only one will claim her heart.

Vaaden Warriors: When three Vaaden warriors claim slaves procured from Earth, they will face emotions they never knew they possessed. Rheul doesn’t believe in love, until he meets his new slave; Randar must choose between his duty or his heart; Thale thought he was saving Moira, but in the end she saved him.

“The collection of stories in this book are intriguing in a lot of ways. I enjoyed reading about the world the author created… I do want to find out more about Vaaden society and what changes may be in the future based on the special permission given to the three warriors. I am looking forward to the next book.”