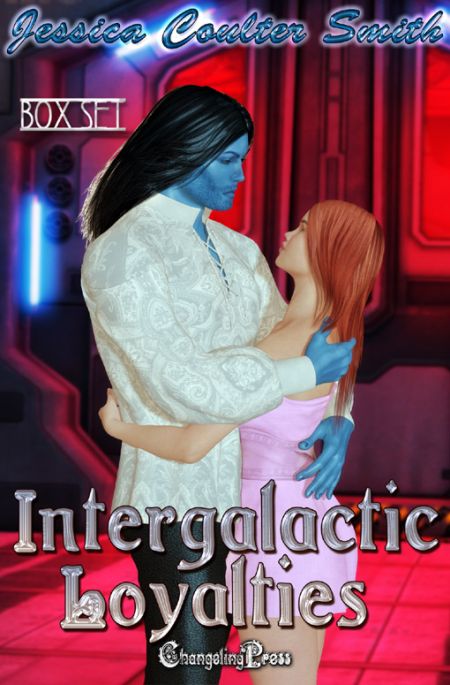 Entwined: When tragedy claims his brother, Bane steps forward to claim the Earth woman Ariana as his own, but Keshpan law states a slave can never be a bonded mate. A political storm is brewing that may rip Ariana from his arms. Bane may be forced to walk away from everything he knows to keep the woman he loves by his side.

Cherished: Lucie and Drexyl are drawn to each other from the very first, but the Tarnans aren’t going to give her up without a fight. Will it come to an all out war between the races, or will the two lovers find another way to be together?

Surrender: All Meghan wants is to return to Earth. But before her kidnappers can sell her, she is rescued by more pirates and taken to the alien world of Tarnan, where she is told she must choose a warrior mate. Zayne isn’t sure what to make of the Earth female. The road to their union is a bumpy one, and both are left wondering if they will ever be allowed to be together as more than friends.

Fated: There is but one thing a Tourmalane prince wants above all else — his mate. When Lyros finds Roux on a floating brothel, he knows he must rescue the small human. Lyros finds he wants to shelter her, protect her, and make her his in every way. But what if all he’s feeling is lust and not the true mating pull? Just when Lyros thinks he has everything figured out, Roux gives him yet another surprise.

Happily-Ever-After has never felt so good.

Publisher’s Note: The individual stories in this anthology have been previously released in E-Book format.

or pre-order at online retailers for February 14th

“I liked how this story progressed. I really felt the changes in the characters and felt invested in them and their journey. I would love to know more about this planet and the universe it is in. I would say this is a well thought out series with lots of action and adventure.”