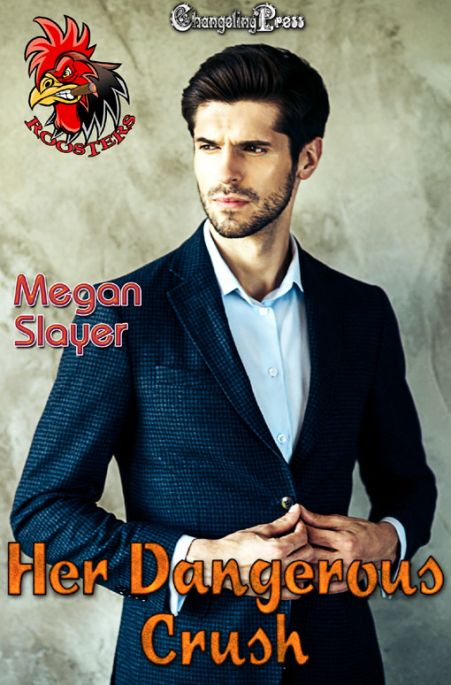 Danil Jordan never wanted a second chance at love. He had the woman he loved in his arms — until she left him for another man. He embraced the bitterness and displeasure with his brothers because they had the things he wanted — love and passion. Can he change his ways and have the love he deserves? Or will her past tear them apart?

Maura Wylie has deep secrets and believes the only way to run from her problems is to work as a maid in the Jordan mansion. She’s lusted after Danil for years and sees the man behind the pain. Will she be enough for him? Or will her past be more than he can handle?

There’s a chance they can make the passion burn into something permanent. Will they take the chance or walk away before someone gets hurt?

or Pre-Order for January 3rd at Retailers

Maura Burke fixed her dress and strode across the room. She’d never intended on being a servant. Her family would die if they knew she’d been reduced to cleaning another family’s house, especially the Jordan family home.

Her brother had hated the Jordan family. But her brother was dead. Kurt Wylie had sworn the Jordans were the scum of Shaker. He didn’t know them, but he’d been pretty quick to jump into bed with Danil’s wife. She knew the family and saw the human side of them. They weren’t as bad as her brother had made them out to be.

She dusted the china propped on the mantle. Her brother would have hated knowing she’d lowered herself to working for a living, but she enjoyed her job. Truth be told, she thrived in the working environment. Plus, she liked the tight uniform and earning her way.

She liked watching the family, too. No one cared who she was — although she guessed Dash knew the truth. He knew everything. Still, they left her alone and didn’t say anything about her half-brother.

She continued to dust as Danil strode into the living room. “Hello,” she said. “Mr. Jordan.”

“Call me Danil.” He stopped in front of the window. “Am I interrupting you? I’m sorry. I stomped in here when you’re cleaning.”

“No, sir.” A thrill shot through her. The job was to be a maid for the family, but she longed to have Danil alone order her around in private, too. She loved the commanding tone of his voice and the passion in his eyes. His wife hadn’t deserved him.

“If I’m in the way, you can tell me to go.” Danil folded his arms and kept his back to her. “How are you today?”

“I’m fine, sir. Thank you for asking.” She held onto the duster with both hands. “How are you today?”

He glanced over his shoulder. “Maura?”

“Sir?” He knew her name. She’d love for him to be her sir in so many ways. She resumed dusting, but memorized the sound of her name on his lips. “I’m sorry. I shouldn’t have asked such a personal question.”

“No.” He stepped up to the fireplace and tipped his head to meet her gaze. “I appreciate you asking.”

“Danil. Please, call me Danil.” A tiny smile curled on his lips.

“I will. How are you, Danil?” She swept her gaze over him. Strong, tall, lean… everything she liked in a man. His deep voice sent shivers down her spine. He could be tough and demanding, but also tender. Was he tattooed like Dash? She wanted to find out.

“I do.” She kept distance between them, despite wanting to hug him. His sadness radiated from him.

“How long have you worked here?” Danil asked.

“A year.” Since his wife and her brother had passed away. She’d thought if she worked for them, she could keep an eye on Danil and maybe ease some of his pain — except he hadn’t paid her much attention until now.

“I do.” She’d rather work for him, but she’d crushed on Danil since she was a little girl.

“I am. I have my own room in the servants’ quarters, too.” She preferred the simplicity of her life and the lack of expectations other than to do her job.

“Does my brother make you work all the time?”

“Four days a week.” Man, he was full of questions today.

“Are you working tonight?”

“In the laundry. It’s my late shift.” She fiddled with the handle of the duster. “I’m only there until eight.”

“Have dinner with me instead. Forget the laundry,” he said. “Have a night to unwind.”

Besides being a breach of worker-boss etiquette, he’d have a shit fit when he found out she was Wylie’s half-sister. He’d think she was a spy rather than a concerned person.

She could lose everything if she agreed.

He nodded. “Understood. Forget I asked.” He turned his back on her. “I should’ve realized you’ve got a boyfriend.”