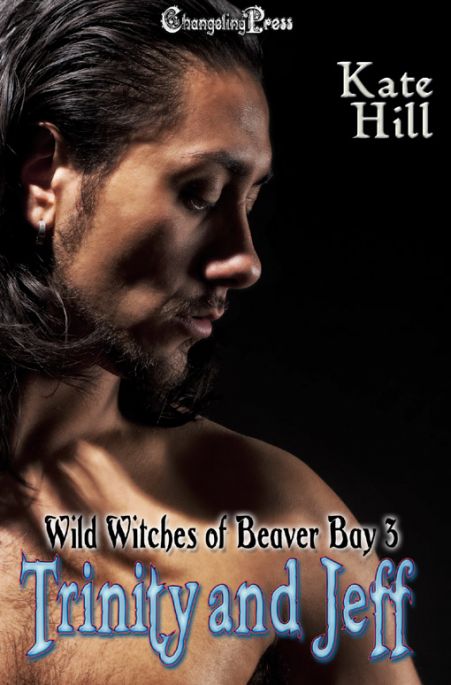 Denying her love for her childhood friend, Jeff, Trinity visits her family’s ancestral land, believing the Wild family magic has called her there to meet her soulmate. Instead she finds danger at every turn, but she won’t have to face it alone.

Jeff has loved Trinity his whole life, but settled for friendship after she broke his heart on prom night. Now this soldier turned firefighter faces the supernatural to protect Trinity and convince her once and for all that they belong together.

or Pre-Order for January 3rd at Retailers

Trinity Wild wasn’t sure why she indulged in expectations. All her life she had imagined how it would feel if and when the family magic called her to their ancestral land in the woods of New Hampshire. Somehow, she thought it would wipe out any desire she felt for someone other than her intended life partner. To her frustration, that wasn’t happening.

Yes, she was on her way to meet her soulmate. Of course she was excited and curious. Without doubt, the magic calling her was almost irresistible. The problem was, she wanted to resist it. She and her best friend Jeff had been hanging out at the beach. As usual, they were simply basking in a day off, enjoying comfortable conversation with long lags of silence that came from a connection shared by two people who had known each other forever.

Trinity and Jeff had been friends since pre-school. They had grown up as close as siblings. Her family even called him an honorary Wild. In high school, they had dated other people, but Trinity had sworn she would never enter a real relationship with anyone until the family magic guided her to her soulmate. Jeff and Trinity had even gone to the prom with separate dates, but ended up leaving with each other when their own dates flirted more with others than with them. It didn’t matter. Trinity would rather be with Jeff than with anyone else. It was on prom night, however, that their entire world changed. Jeff told her flat out that he wanted to move their relationship to the next level.

Despite a strong desire to accept Jeff’s offer, Trinity knew it would be a mistake. If they stayed friends, she would be free to answer the call of her soulmate, but if they upgraded, she would never want to leave Jeff. She already loved him more than she should. Jeff would understand.

Yes, he’d backed off — so far that he joined the army. Even then, they had kept in touch. Several years later, after an honorable discharge, Jeff returned home and became a firefighter. Trinity had expected him to get married and have kids. It wouldn’t be easy to watch, but she wanted him to be happy. Jeff told her he wasn’t ready for that, and she had been concerned that he still might have romantic feelings for her. Yet he never mentioned dating again, and hadn’t tried to kiss her on the mouth since that prom night so long ago.

It wasn’t that Trinity didn’t find him attractive. He wasn’t traditionally handsome — his face was sort of rugged, but incredibly sexy. He had intense, perceptive dark eyes and a gorgeous body — tall and muscular without being overly bulky. He reminded her of a great cat — lithe and powerful. She wasn’t exactly sure when she’d starting thinking about him in that way — probably sometime during their senior year in high school. Back then, he’d been tall and gangly, but already showing signs of the powerful man who returned home from the army.

Trinity shook her head and reminded herself that now more than ever she and Jeff would never be anything more than friends. She focused on driving her jeep down the stretch of dirt road leading through the woods to the cabin that had been in her family since 1883. In the past, many members of the Wild family had been powerful witch warriors who had dedicated their lives to battling supernatural threats. Jude and Ruth Wild had built the cabin and placed a blessing on the land on which it stood. Since then, whenever a member of the Wild family felt a peculiar warmth that called them to the cabin, they invariably met their soulmate.

Now it was Trinity’s turn.