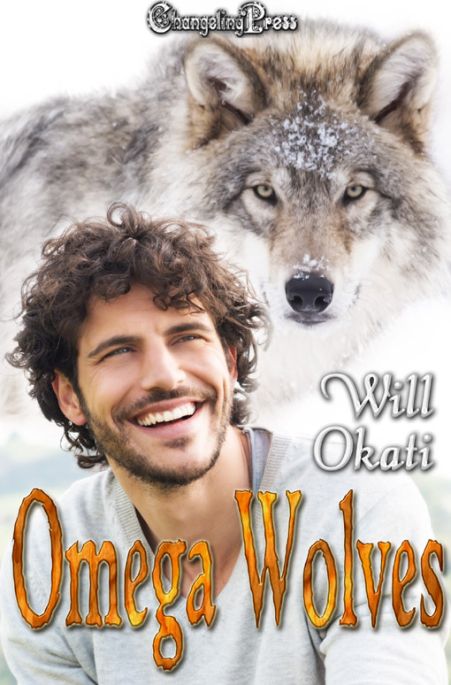 For the Alphas of the Wasp Lake wolf pack, there’s no scent on earth quite as alluring as an Omega in heat.

Lost And Found: The Wasp Lake pack forced Matthias out after he dared fall in love with the Packmaster’s Omega son Bree. Now Matthias has returned to claim his mate. Can Matthias convince Bree he’s back in his life for keeps?

Safe and Sound: Zachariah is everything Ivoire needs, and Ivoire and the pup he carries are nothing Zachariah thought he’d ever want again, but nothing good was ever gained from playing by the rules…

Here and There: Alpha Dominic is married to his work. Omega physician Sawney is committed to his patients. They strike a deal. One pup, a friendship, and all parties satisfied. But what happens when the “single parents” realize they’re in love?

Fun and Games: The Fisherman’s Friend looks like just the place for a strong ale and a hot meal. But once Sullivan sets his gaze on Ari, he knows he’s found exactly what he needs.

Tooth and Claw: Lewis knows finding his mate should be a joyous event. But former army ranger Jacobi isn’t an Omega. Or even a wolf. He’s a grizzly bear shifter, and Alpha to the bone. Sometimes true love defies all the rules…

Have and Hold: Former bad-boy Alpha Scott has worked hard to remake himself. As a teenage runaway, Maccabe spent a few years making bad choices before he turned his life around. Neither is ready to be a parent. Neither of them expects to fall in love.

Chapter and Verse: Omega Lane is a lone wolf — until Carey comes across his path, on the run from an Alpha who won’t take no for an answer. Can Lane let Carey into his life? And what if Carey decides he doesn’t want to leave?

Not far ahead now. Almost there. Keep going.

Another burst of energy brought Matthias to the edge of a clearing, and when the winds broke momentarily he saw the blessed yellow halo of lights shining through windows of heavy, opaque glass. He shook more snow off his coat and loped toward the steps of the small cabin — only to scrabble to a hasty stop when the Omega wolf he’d been warned of burst through the cabin’s door with his teeth bared in a mighty bark.

Matthias deflected the attack and feinted a bite at the Omega’s neck. Shelter-claim. No fight.

Fight! No shelter, the Omega insisted. You go.

He got in a lucky nip at Matthias’s shoulder and bolted for it when Matthias let go in his surprise. Scrambling on the longest legs Matthias had ever seen on a wolf, it had almost reached the door of the cabin by the time Matthias caught up. One mad leap brought him on top of the wolf, and their momentum carried them indoors.

Enough! Matthias reached deep inside himself for the ability to change his shape, shook off his wolf form, and rose to stand on two feet. He kicked the door shut and secured the latch. The wolf’s scent surrounded him inside, dizzying him briefly.

“I’ll bite you again if I have to, and I promise you won’t like it one bit.” The warmth of the cabin threatened to overcome Matthias. He planted his feet firmly on the split log floor and raised his chin. “Stand up! Who are you?”

The Omega wolf stopped mid-lunge, staring at him. Though they balked, no Omega could resist an Alpha’s command, and when he spoke they had no choice but to cast aside their animal form and stand in man shape. The Omega’s legs were even longer as a human, his body slim, and his face heartbreakingly lovely. His wide blue-gray eyes focused on Matthias in startled shock. “You.”

Matthias’s lips parted in equal surprise. This wasn’t just any wolf, but the man Matthias had loved once and had to leave behind. The Omega he’d come back to the Wasp Lake Pack to find and claim for his own.

MORE FROM WILLA AT CHANGELING PRESS …