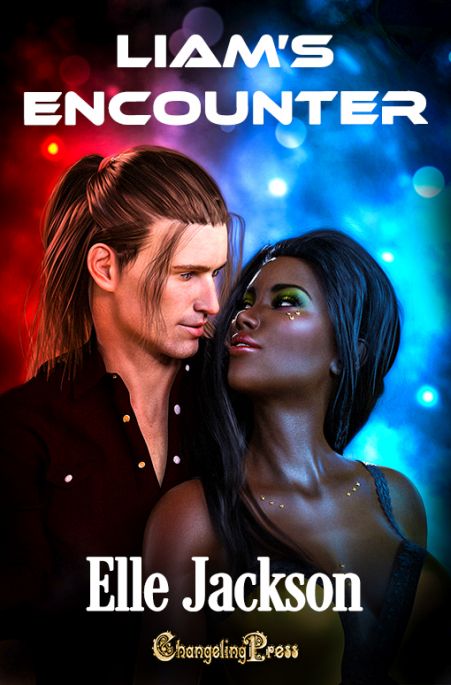 Special Agent Liam Allen cherishes the peace on his farm between assignments hunting aliens for the military. But when a terrible storm brings destruction, Liam finds the most beautiful woman he’s ever seen at the end of the rainbow.

Eshe speaks a language he’s never heard and hates wearing clothes. Their passion burns hot, but she’s an explorer from another world, and he’s supposed to kill her.

Will she kill him first, or will fated love save them both?

Liam’s peace used to live at the bottom of a vodka bottle. Now, he found that calm during the long days tending his farm. True, he started work before dawn and ended after sunset, but he loved the quiet and working for himself. His hands got dirty and his clothes were always drenched in sweat, but everything he did was something he wanted to do. His drunken stepfather wasn’t around to beat him into anything anymore.

Before his enlistment, he’d wanted nothing to do with the farm, but his experiences in the Army had changed all that. Liam would never be able to un-see the horrific things he’d witnessed when his squad had stumbled upon the unimaginable.

They were no longer fighting other countries. Other humans.

Now tending his farm had become an escape from the relentless stress and danger of his job. If it weren’t for the horrific flashbacks of his baby sister and his mother burning to death in the fire, his existence here would be perfect.

Sighing deeply, Liam walked out on to his porch. The mysterious storm had hit with no warning at all. He’d barely had time to secure his dog, Domino, before all hell broke loose.

The tornado had lasted seconds, but it had left chaos in its wake that had taken hours to clean up. His barn had suffered the brunt of the destruction, but at least the horses, cattle, and pigs were safe. Now the storm had passed.

With a tired sigh, Liam dropped onto the farmhouse porch swing, cold beer in hand, and looked around with a certain weary satisfaction. He’d rebuilt the two-story farmhouse following the tragic fire that had killed his mother and sister. He’d tried to recreate the charm of the family’s old home: white siding, navy blue shutters, the large wraparound porch with a wooden swing to the left of the front door. He’d added floor-to-ceiling windows that gave the home the open feel he craved.

Liam took three large gulps of his beer and tossed the bottle in the trash, and then got another out of his cooler on the side of the swing. He loved the crisp evening air.
A startling flash of light made him look up just as a rainbow shimmered into being against the black backdrop of the sky.

Weird. Since when did rainbows appear at night?

The colors came in softly at first, pale pink, blue, lavender. Then, as if hit by lightning, the rainbow exploded.

Excruciating pain stabbed through Liam’s body as the multicolored light blinded him. He toppled off the swing, hitting the porch floor hard. After several long agonizing moments, the crippling pain subsided. He took a few deep breaths and lifted his spinning head.

What he saw wasn’t possible. It was… something from a fairytale.

The rainbow now lay over the ground in a path stretching from Liam’s front steps to the woods that bordered his property. He’d never seen anything like it. The colors shone vividly against the dark landscape.

Something tugged at him, drawing him away into the dark.

He staggered to his feet and took a hesitant step off his porch toward the luminescent path. The smell of damp dirt hung in the air along with rain-soaked livestock, but there was another scent, one that was not familiar. It reminded Liam of copper or metal, with a hint of fresh laundry.

Something about it made his instincts howl. That wasn’t a feeling Liam could ignore. Training had sharpened his senses to a hyper-alert edge, a vigilance that had saved his squad many times over.

So he allowed the delicate odor to lead him down the glowing path.

The rainbow hovered just above the ground like a luminescent mist that swirled around his feet with every step. He looked back to see the colors disappearing behind him, even as they stretched out ahead.

Once under the cover of the trees, the light from the path allowed Liam to see. The shadows that lurked just off the trail moved and distorted into the shapes of animals or humans. Everything about this felt ominous.

All Liam could hear was the cracking of vegetation under his feet. It worried him. Animals only grew this quiet when a predator was near.

The path finally ended just ahead, revealing something dark lying in the leaves. There really is something at the end of the rainbow, he thought. With my luck, it’ll have fangs and claws.

Edging forward, he heard a moan. It sounded… human. Like a woman. Forgetting caution, he began to run.

The woman lay where the rainbow ended — a slender, beautiful figure sprawled on the ground. She had dark, flawless skin the color of mahogany, long midnight black hair, feathery lashes that fringed her closed eyelids, and full, tempting lips. She was also naked save for the tiny gold jewelry affixed to the area just below both eyes. He’d never seen piercings so small.

When Liam turned the woman over to check her pulse, he saw more jewels affixed to her sternum between her breasts.

Liam shrugged off his own shirt and covered her, draping it over her petite frame. He put two fingers to her throat to find her pulse strong, steady.

He pulled out his cell phone, only to realize he had no bars. Then again, even if he could call an ambulance, the closest hospital was fifty miles away. He’d do better to assess her himself and determine if she could be moved. His military training had included first aid treatment of the most common combat injuries. That made him her best hope.

Liam gently used his fingertips to probe her neck, sides, and head for injuries. Nothing seemed broken, but he wouldn’t know for sure until she could talk to him. She could have been drugged. “Miss, can you hear me?” He wanted to at least give the police a name when he could finally call 911. “Miss, are you all right?”

Deciding it was safe to move her, Liam picked her up in his arms, then headed back to the farm. On the way, he tried talking to her.

With her eyes closed, she said something in a language Liam didn’t recognize…