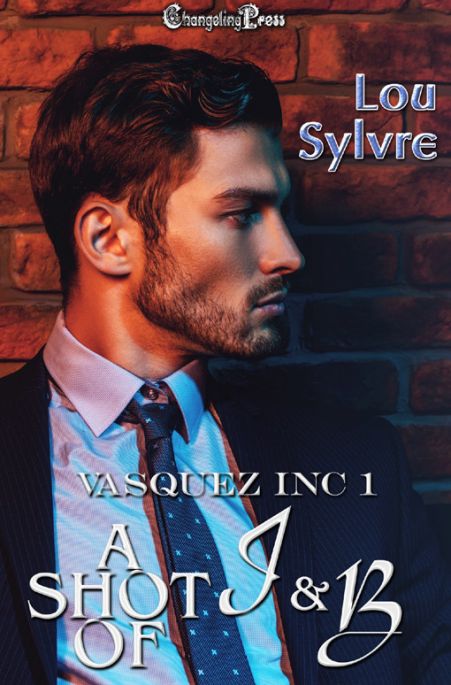 When Brian Harrison first met Jackie Vasquez at a Hawaiian wedding, Jackie was sixteen and troubled. Six years later they meet again; Brian’s career at Scotland Yard is budding with promise, while Jackie’s student days at the University of Nebraska are rolling toward a strong finish. Magnetic mutual attraction pulls them insistently toward one another, but the ocean separating their lives makes for a simmering romance.

When the waiting ends and they get together for a weekend in Denver, Dom Brian and sub Jackie both know they’ve tapped into something scalding hot, and much deeper than sharing an artful session. Shibari, lust, and love are all on the agenda — but for Brian, so is his police career, and a strange series of crimes seems poised to threaten their romance — and maybe their lives.

Port Clifton’s shops yielded gifts for Brian’s hosts: a huge bouquet of red and white lilies accented with ferns, salal, and baby’s breath; a six-pack of Full Sail Amber Ale; a bottle of 2009 La Lagune, Haut-Médoc — a fine cabernet from France, the merchant said — and Batdorf and Bronson’s Sulawesi Toraja coffee, which the label promised to be earthy and sweet with hints of pineapple and black pepper. He hadn’t planned on so much, but he hadn’t been able to decide if Sonny would love the rich colors of the flowers more, or his favorite ale, or if Luki would get more pleasure out of the fine French wine or a special coffee. He knew it could be seen as an embarrassment of riches, so to speak, but he hoped his friends would understand.

As he approached the door, he faced the more immediate problem of how to knock while juggling it all, but he needn’t have worried. Sonny must have seen him stumbling from his car, and he swung the door wide just as Brian arrived.

“Come in,” Sonny said, and calmly unburdened him, laying the presents carefully aside so he could wrap his long arms around Brian in an enthusiastic hug, which he obviously considered a proper greeting. He let go and backed away a step. “Good to see you!”

The wonderful thing about Sonny, Brian thought, was that he never would have said such a thing if he didn’t really mean it. Brian’s own smile grew, and he nodded. “You too,” he said. “I brought you flowers and beer.”

“Thank you!” Sonny laughed. “Such wisdom in one so young.”

“And coffee and wine for Luki,” Brian added, having no idea what else to say or why he was stating the obvious.

Luki’s face seemed so familiar yet transformed somehow. He didn’t grin, but he smiled a little, and joy fairly danced in the pale eyes that most often used to seem so cold. Brian knew Luki had survived a nearly fatal bout with lung cancer — in remission less than a year — and he thought maybe that had given him some gift of contentment. But after Luki thanked him and gave him a quick hug, Brian saw his gaze settle on Sonny, and he recognized that the true source of Luki’s joy was his husband, and the love that had deepened through the years they’d spent together.

Distracted by the familiar wave of envy he always felt in the presence of this couple, wishing he could somehow express it, Brian missed much of what Sonny said as he followed them to the kitchen. He tried to marshal his attention back to the present, and caught Sonny saying he didn’t think he’d ever seen lilies so red. Brian nodded, and murmured agreement, but then he caught movement out of the corner of his eye.

He turned toward the motion, and there stood Jackie Vasquez. All grown up — and apparently fresh from a shower. December sun poured through a window at his left, and it lit the red in his hair, making it smolder despite being darkened with damp. Brian hadn’t noticed before that Jackie’s gray eyes were like a warmer version of Luki’s blue, very pale, and similar in size and shape. Perhaps it was a trait traceable to Luki’s father — Jackie’s grandfather. But there the similarity stopped. While Luki’s pale eyes shone in contrast to his brown skin, Jackie’s somehow harmonized with his pale, dark-haired, dark-freckled coloring. The effect, though, seemed to Brian no less singular.

After a few seconds, Brian realized that while he had been standing there silently analyzing the evidence of a common gene pool between the two remarkable-looking men, Jackie had actually been speaking to him.

“You seem surprised.” Jackie absentmindedly scratched at the center of his chest, which was bare and still damp, and where fine russet hairs formed a diamond between healthy, smooth pecs that clearly belonged to a man. Nothing boyish remained in Jackie’s physique, though he still had what might be called a boyish smile, or youthful, at least.

Luki spoke up. “We didn’t expect him to be here, Brian, or I would probably have mentioned it on the phone. He was supposed to fly out yesterday.”

“I got bumped,” Jackie explained, and shook his head, apparently unhappy with the airline. “So the uncles agreed to put up with me for another day, and Sonny said he’d drive me to the airport tonight.”

Brian felt a little tongue-tied, which wasn’t a familiar feeling at all. He nodded.

Jackie squinted and cocked his head to the side. “I mean it, though, Brian. I’m glad to have a chance to talk to you. I… I don’t remember things clearly from… but I know you did a lot, and I’ve always wanted to thank you in person.”

That shook Brian’s tongue loose, and he said, “Jackie, there is nothing at all for you to thank me for. I’m glad I was there and was some help. I’m grateful you came through okay.”

Brian saw color rise in the pale skin between the freckles of Jackie’s cheeks. Jackie bit his bottom lip — very reminiscent of his Uncle Luki — and then looked away. He glanced back, said, “Well, I’d better put clothes on… I mean, a shirt… You know.”

More from Lou at Changeling Press …