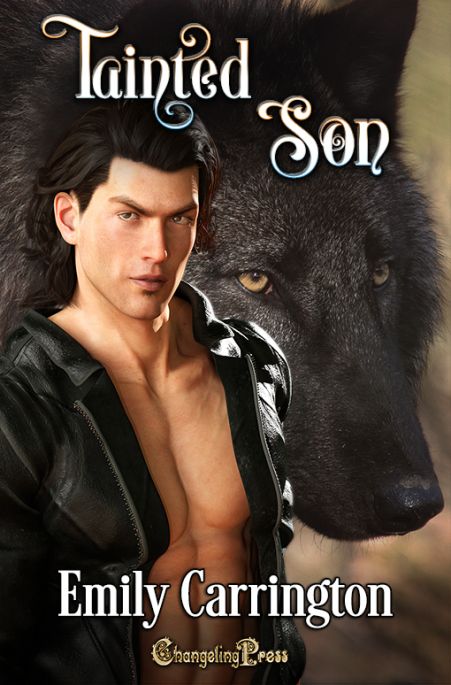 Biting is central to werewolf society, from discipline to lovemaking, but David is unable to tolerate this most important cultural sharing. When he falls for a wolf who longs to bite him, he must overcome his past or spend the rest of his life alone.

Liam is a werewolf with the ability to change his human guise. He’s always been able to fool others… until he meets David, who not only sees who he really is but how he truly feels. But Liam has a deep craving, something he continually confuses with rage, and this just might drive David away.

Liam Abernathy volunteered at the medical clinic on the SearchLight Academy campus three days a week. He’d been given a special dispensation so that his required “work with humans” in his second year was modified. All students had to work with humans during their time at the academy, but Liam was allowed to serve magical creatures as well. This duty, however, was limited to six hours a week, and he’d discovered he really liked helping people. He was even considering changing his major from tracker or negotiator, to possibly medic. That would require extra schooling and he didn’t really like that notion, being filled with restless energy to do something with his life, but the idea of helping people tempted him.

He would have probably decided to pursue a medical career already if it wasn’t for his strange psychic ability. Patients and medics alike didn’t appreciate not knowing who exactly they were talking to and Liam’s ability to shift appearances was off-putting.

Today was Frost Thaw. This morning he had volunteered to work an extra shift because he hated this particular werewolf holiday. It happened every thirteenth of February, just a day before the humans’ Valentine’s Day, and in Liam’s opinion it served an equal purpose. If you were mated to someone, it was a time to exchange gifts and get laid. For everyone else, it was a reminder of what they didn’t have — either never possessed — or had had taken away.

For Liam, it was the latter. He’d moved to the US from England when he was nineteen. Two miserable years ago. His lover, who he’d met while the other werewolf was on holiday in London, had stayed with him a total of three months. Then he’d abandoned Liam. They hadn’t made love, knowing this would mean instant mating under the old laws, and Liam should have taken that as a sign that they weren’t meant to be together. Instead, he’d taken the resistance as the other werewolf’s ability to hold himself in check and show good sense.

As it turned out, he was needed today. He couldn’t quite get a sense of what had happened. The campus was locked down tighter than a drum and everyone was told, via text or over the computer in the case of employees, to stay where they were and not venture outside their buildings. If they were between buildings, they were to get to the security office as quickly as possible, where “your ID can be verified.”

Liam had been working since six that morning. Shortly after sunrise, another text message came to everyone: the threat has been neutralized. Only that.

Apparently, the higher-ups, who usually didn’t bother to explain what was going on, were keeping to their pattern. Maybe half an hour later, the casualties started arriving. Most were brought in on gurneys, but there weren’t enough of those and so wheelchairs were being used.

Assigned to comfort waiting victims or families of the same, Liam felt like he wasn’t much use while every medic on duty and those who could be called went to work.

So, he was hanging around, trying to stay out of the way, when the last of the victims were brought in. All of these were ambulatory, shock in their eyes but not too much damage done to their bodies. They were arranged in three rows of chairs and told to wait. Many of those who had been so unceremoniously seated began to talk among themselves. Some were grumbling about being required to sit when there was nothing wrong with them. Others were venting about not being able to keep comforting the ones who had been hurt.

Liam approached, thinking to soothe their nerves. Instead, he caught the scent of blood and followed his nose to where another werewolf sat sandwiched between a dragon of some sort and someone who smelled half Fae. The werewolf’s shirt was torn to expose one arm over the elbow joint. Like all the other walking victims, he’d been wearing something around his neck that left bruises.

Liam crouched in front of him. “Hi there,” he murmured, catching the werewolf’s gaze. “What’s your name?”

“David Holstein.” He looked away. “I’m fine.” He flushed, probably because he’d realized Liam was a werewolf too and could smell a lie. “Not badly hurt.”

That was true, but there were different kinds of hurt.

More from Emily at Changeling Press…