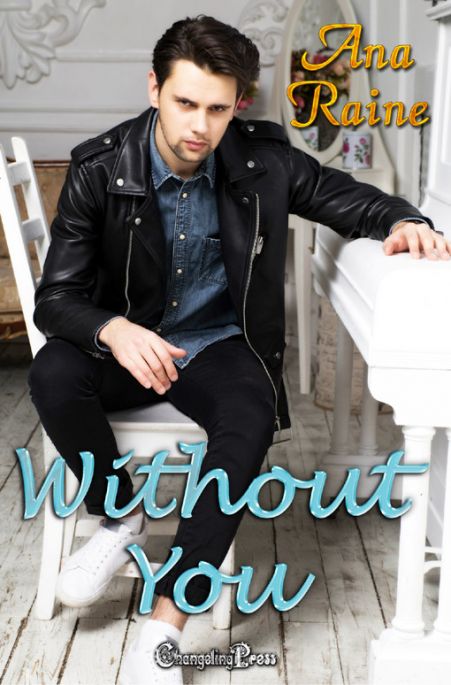 Maxwell is kind, hardworking, loyal… and six years older than Bennett. When they met, Bennett was just a kid with a childish infatuation for his mentor. But now Bennett’s an adult, with adult desires. And he’s waited long enough.

Bennett’s worked hard at becoming the man he is. He owes Max — Max is the reason he’s not just another spoiled rich kid. He’s the reason Bennett has a conscience, a sense of self-worth, and doesn’t slip every single thing he thinks he wants into his pockets without paying for it. But now Bennett must figure out what he’s given Max, if anything. And if he’s too late to try for the one thing he really wants — Max’s heart.

No one saw him the way I did. Fingers were more than just attached digits from his shapely hands, but instruments that drew pleasure with every movement. When he had nothing, absolutely nothing, he had those fingers. And I envied him.
For all my apparent wealth, I was not bestowed with what he possessed: talent.

By some small miracle I had recorded his latest melody on my phone when he thought he was alone. The used upright piano his mother had left behind was far too memorable an image for his father to cope with. Maxwell had lovingly ditched his tools and half-worked-on cars to claim the garage space as the piano’s new home.

There was a padlock on the sliding double doors, but I knew he was more worried others would discover he played than that his piano would be vandalized. The kind of crowd he ran in was fiercely loyal, but proud and gritty to a fault.

Considering we lived in a district where some kids rolled in with new Audis when others couldn’t afford shoes, income really served as a divide. His crowd was fight or die. Mine was worried about where to vacation overseas.

It was unfair. It was wrong. And it was the exact reason he wouldn’t take me.
That, and the fact he was six years older, but considering we’d met years ago, when I was just a kid, I could have cared less.

A knock at the door to my en suite interrupted my thoughts and annoyed me because now I had to pause his song. I was careful, very careful, when it came to concealing my feelings, lest they blame a twenty-five-year-old man for diverting my interests. But sometimes, most times, all I wanted was to blow caution to the wind and confess my love for all to see.

“Mr. Hamel.” The knock was polite, ever so practiced with patience. “A package for you.”

I leapt off the bed and practically tore the door from its hinges in my haste. My father’s assistant, Joe, wasn’t the least fazed. He wore casual clothes, jeans and a T-shirt, because even though there were other wealthy families in the area, my parents weren’t overly ostentatious.

“Thanks, and we’ve gone over this. Just Bennett.”

He smiled, his yellowed teeth showing his age, although his eyes were youthful. How many times this man had kept my secrets, I couldn’t be sure, but it was enough that I considered him more of a friend than an employee. My mother felt the same.

My father… well, he didn’t even think kindly of me most days.

“Yes, but we can’t have anyone thinking we’re up to something.” He laughed, passing off the package and straightening the print tie on his black and white T-shirt as though it were detached. “I wasn’t aware you wore Vans?”

I didn’t. Just like I didn’t like “everything” bagels, obscure poetry, and pieces of music that took me so long to transcribe I felt like my hand was going to detach.

“I’m developing a liking.” When the package was in my hands, I felt a strange sense of excitement. Now I had a reason to go see Max. “Thanks.”

“Your mother is dining with the Goldbergs and your father is on his way there after work.”

The estate was so large that if I didn’t want to see them for days, I didn’t need to. But knowing they wouldn’t be home and question which friend I was seeing meant I could make it around the lake unnoticed.

Just past the gated community was a dirt road that circled around one of the larger lakes in our township. After I followed it for a few moments, I spilled out into a series of roads that took me either into the downtown area or to the part clouded with obvious disparity.

That’s where I’d find him.

I’d long gotten over the looks my Audi received when I passed the twin lakes to the bar and grill overlooking a small dock, but sometimes I still noticed. I checked my phone just to make sure, but at this time of day, Max was sure to be there. And as pathetic as it was, seeing him was all I cared about. Everyone else could bury their opinions the way they buried happiness and light. He was the one who had saved me, and that meant more than what would happen if my friends knew the truth.

Jean’s BBQ was quiet during the day, but at night during the summer, when the jazz band played outside, it was louder than anything in Twin Lakes. I parked my car and tucked the package in the crook of my arm, as good an excuse as any to be here. It wasn’t even two yet, so if I had any luck, then there wouldn’t be much of a crowd.

“Hey, Bennett, are you here to see Max?”

Josie was a sweetheart, but unfortunately she’d hated school with a passion. So while I’d prepped for the Ivy Leagues, she’d put in job applications. I always made sure to tip her well on nights when I sat and tried to stay out of his way.

Another patron came in at that moment. Finally, some luck. “I can get there.” I smiled, already headed to the stairs leading to a private small office and an outdoor patio overlooking the lake.

She looked like she wanted to stop me, but she was needed at the front and I wasn’t going to listen anyway. They called me his stalker, and sometimes I thought they were right. I knew Maxwell was fully aware of my following him and, had I really been a bother, all he’d have to do is tell me to stop.

So, happy with the knowledge I was going to be seeing him for the first time in days, I bound up the steps with my offering. I heard him talking and at first I thought he was on the phone, but then I heard his friend’s voice.

Logan was obnoxious to me, which drove me crazy because I knew when he was with their friends, he was kind. If he were nicer to me, maybe we wouldn’t divide Maxwell’s loyalty so often.

I didn’t want to interrupt, I really didn’t, but like the irritating insect I was, I wanted to buzz around Maxwell. I smoothed down my hair and knocked.

There was a pause and then, “Come in.”

“Logan,” Maxwell said in warning before turning to me. “Hey, sweetheart. How are you?”

He never asked me why I was there; he already knew.