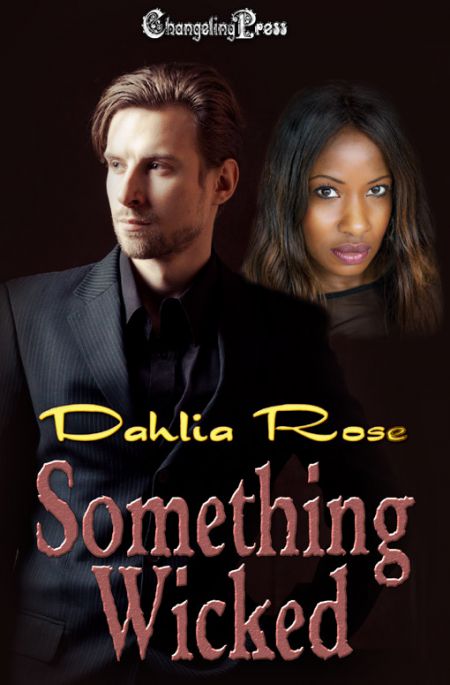 Humans are marks in Locke’s ledger, nothing more, until he encounters the one woman he can’t tempt, can’t coerce and can’t get out of his head.

Paris Fairchild lives from one paycheck to the next, yet Locke’s never seen anyone happier with their life. Being a demon, Locke could spirit her anywhere, give her anything, but she wants to earn what she gets on her own, no easy way out.

Instead of walking away, Locke finds himself charmed by the young woman and after stealing a kiss he knows he wants to see the world through her eyes. For the first time in an eternity he sees something besides darkness in his future. But there will be a price to pay for falling in love and breaking his contract with hell. When the hounds of hell are set loose, can he withstand the gathering storm to have a forever with Paris by his side?

He walked in the shadows of the building. The city was ripe with sin, and he was all set to pluck the wayward fruit. Locke was the name he’d been known by for so many years he’d lost count. He frowned as he thought back. Sometimes he forgot the person he had been before. He’d given up everything, or was it nothing? Locke couldn’t remember. He knew it had been his choice to become this thing, this monster who preyed on souls. He was the strongest. He would survive while the others would be crushed.

Sirens wailing, couples arguing and fucking, the aroma of food, and the heat of the day seeping up from the cement brought his attention back to the present. Voices yelled in different languages. He understood them all. A man was trying to sell a tourist a knock-off purse. He talked as though he had little English knowledge, but knew exactly what people were saying. Locke shook his head in amusement when the guy talked the woman out of fifty dollars for a purse he claimed was authentic.

As he walked past a cafe, he took three steps back to look in the window. A waitress wiped her hair away from her face as she bussed a table, stacking dirty dishes on a big tray. She frowned as she picked up her two-dollar tip. When he looked at the table, he saw she was clearly under compensated. Without a doubt, she was the one. Locke saw a new soul to be reaped, one who clearly wanted more from life. He stepped in the Cafe La Paz and sat at a table.

Another waitress came over with a big smile, an appreciative look in her eyes.

“What can I get ya, sweetheart? I do mean anything,” she said in a breathy voice. He could smell the stink of her last cigarette on her breath. Nasty habit.

He pointed at his quarry. “You can get me… her.”

The waitress frowned and her eyes flashed with irritation before she called out, “Paris, your table.”

“Be right there.” The dark-skinned beauty glanced at him casually. Walking to the kitchen, she put away her tray. On her way back, she pulled a pad out of her apron pocket. “Good evening. Welcome to Cafe La Paz. Have you had a chance to look over the menu?”

Locke assessed her. She was pretty in a simple way. Her ebony skin had a sheen from hard work giving her the look of a polished statue made of wood. Her dark brown eyes were wide and her lashes shone like soft waves when she blinked. Her lips were full and colored with lip gloss. She was wearing her hair in a simple ponytail with soft curls in the back.

“Sir?” she prodded gently. “Something to drink?”

“Espresso,” he said. “The other one who smells like cigarettes called you Paris.”

“I am Locke.” He placed his hand over his chest and bowed.

“Okay, and are you ready to order?” she asked, dismissing the introduction.

“What do you suggest?” Locke asked, amused by her businesslike attitude.

“The spinach crepes with hollandaise sauce is my favorite.”

She moved efficiently to get his coffee, and when it was ready, his meal. She checked in on him as he ate. Paris kept her distance, unlike her co-worker, who kept staring at him. Locke ate as if he enjoyed the food, but in reality every meal tasted the same to him. He didn’t need to eat, but did sometimes to blend in. The only thing that filtered through to his taste buds was the bitterness of espresso. He admitted he loved the taste of the dark brew. Even one like him had vices.

“Anything else?” Paris asked.

She gave him a curious look before ripping the receipt off her notepad and placing it on the table with a smile. He was finished his assessment. He reached into his empty pocket and the money he thought of appeared beneath his fingertips. He pulled it out and placed it on the table before standing and walking out the door.

Paris rushed after him a few seconds later. “Sir! Sir!”

“Sir.” She didn’t use his name. “You left one hundred dollars for a meal that cost twenty. Don’t you want your change?”

“No, that’s your tip,” Locke replied.

He liked her bluntness. “Because I think you deserve that, and much more.”

“Uh-huh,” she said warily. “I’m giving you notice now, creeps who follow me home usually get a burst of Mace in the face. No one does anything in this town for nothing.”

“Yeah, goodnight.” Paris turned and headed back into the cafe.

He’d made the first move. From there he played the scenario out in his head. She was fierce in her distrust but he sensed the goodness in her like a beacon reaching out. She would make the bosses very happy indeed. A soul like hers fetched a pretty penny in the depths of hell.