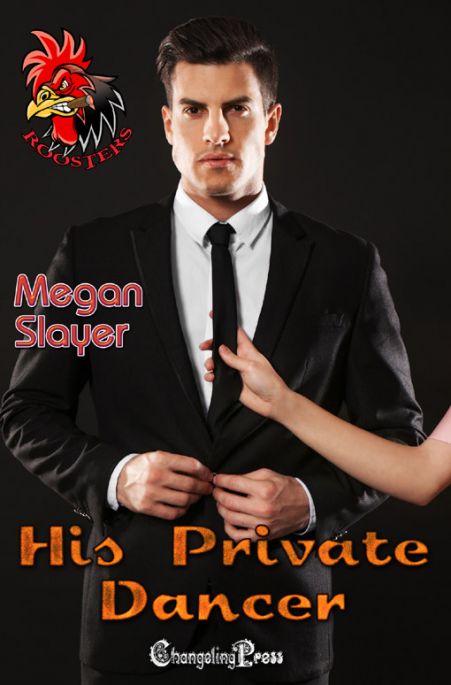 I want what I want, no question — even her.

Dashiell “Dash” Jordan runs the city of Shaker with an iron fist. Whatever he wants, he gets — except the woman he craves, who hasn’t been available. He’s waited long enough, and nothing will stop him, not even her bastard ex-husband or her con artist father. But once Dash sets his sights on her, will she allow herself to be owned, or will she walk away a second time?

Christy Lane never loved anyone the way she did Dash. She knew the danger of being with him, but she didn’t care. Then Dash left her. She tried to put her life back together, but that life included marriage to a perpetual cheater, being thrown out of her father’s church, and working in the only job she can get — stripping. Then Dash reappears. The memories of their life together rush back — the scenes, the passion and craving. She doesn’t want to be a plaything, but he’s offering her the world. Will she allow him to own her or end their second chance before she’s hurt again?

“Did you see this?” Tate Moore strolled into the office. “Dash?” He threw the newspaper on Dash’s desk. “I have found you a wife.”

Dashiell Jordan moved his tablet out of the way and accepted the newspaper. He needed a lot of things in his life, but not a wife — at least not a random woman to be his wife. He wanted his high-school sweetheart.

He turned the paper around and scanned the images. None of the women was his girl. He wasn’t even sure which one Tate meant and didn’t care. He knew where his woman was and when the time was right, he’d bring her home. “Why would you pick this one?” The woman was pretty enough, but not right. Her hair was too dark, her eyes were brown, and the smile didn’t match the one he remembered. Besides, she was way too young. “No, thanks.”

“Sir, you’re too picky.” Tate folded his arms. “I get it. You want the right woman, but you’re lonely and I’m tired of women who claim they’ve been with you… they come around and insist they’re your girlfriend. They think they should live here.”

“At the club?” Dash laughed. No one outside of his circle of close associates knew where he lived. He brought lovers to the hotel. Never to his home.

“I never slept with her.” He’d given the woman money and a place to stay because he’d felt sorry for her, but he hadn’t been attracted to Sasha.

“But she is telling everyone within earshot that she’s your girl. She says she’s a kept woman,” Tate said. “You have to set the record straight.”

“Jesus.” Being notorious meant he drew a certain type of people into his orbit, but this was too much. “Pay her tab, get her a ride, and make sure she gets home.” He couldn’t push too hard — not in this instance. Sasha struck him as the type to use the courts to get what she wanted — money. If he danced around her a little more, she might get the message. If not, he had other ways of getting rid of her.

God damn it. He hated how he’d been turned into a commodity. Sasha and the others didn’t love him. They loved the money and status he brought. They wanted the relative fame of being associated with him. They’d never be able to handle the danger or stress of his life. They’d want him to settle down and create a family. Not going to happen.

He sighed. The woman he wanted wasn’t far away, and once the paperwork went through, he’d have her in his arms. He longed to kiss her — not stolen kisses or hidden embraces. Not playing games in the dark or under the threat of being caught, but having her on his arm for a night out. Once he had her, he’d never let Christy go. He’d found her, but refused to demand her to become his woman.

His phone rang, jolting him from his thoughts. He read the identification screen. Clint, his brother. He tapped the button to retrieve the call and set the phone to speaker.

“I hear you’re looking at buying the building on the north side of the Copa Room,” Clint said. “The Sandborn building?”

“Yes, I want to expand.” He turned the paper over without really looking at it, then flattened the page. He noticed the photos of exotic dancers in an advertisement for one of the clubs. The girls weren’t his type of woman, but he appreciated beauty. Maybe this week she’d be one of the featured dancers.

“Well, they want two hundred thousand, but because it’s vacant, we can talk them down,” Clint said. “A hundred-fifty thousand is more reasonable.”

“Why, if you know what to do and can get the price down, aren’t you negotiating? Clint, I’m one of your only clients.” None of the dancers caught his fancy, but he kept looking. He’d found proof Christy was stripping in one of the clubs, but hadn’t come across her yet. “Well? You should be in the business with me. We should be a team.”

“Because I don’t want to live with the danger. I like being legitimate,” Clint said. “But I’m already negotiating. They’re coming down on the price, so stay tuned.”

“Danger isn’t the only thing I live with.” He doubted Clint got death threats or was shot at on a regular basis. He turned the page of the paper. A slew of ads for strip clubs decorated the space. He looked over the images of the dancers for the one he wanted. There she was, right where he’d expected her to be — Chastity Lane at the X-Caliber Club. Time to visit. “Do you know the X-Caliber Club?”

“Dash.” Clint groaned. “You didn’t hear a word I said, did you? And no, I don’t. I’ve never been to a strip club. Father made sure my handlers didn’t take me to one. Why?”

“I heard nothing past a hundred-fifty thousand. If you can get the deal going, do it,” Dash said. “I’ve gone to a couple clubs, but not the X-Caliber.” He remembered how his father sheltered Dash’s oldest brother. Their father wanted Clint to stay clean and be the face of the family. Good for public relations, but bad because the family had never left the nightclub business. Clint had a head for real estate, but not running the string of entertainment hotspots.

“Would you believe me if I said I found Christy?”