Two Inupiat people, drawn together by passion, face violence
and their own demons. 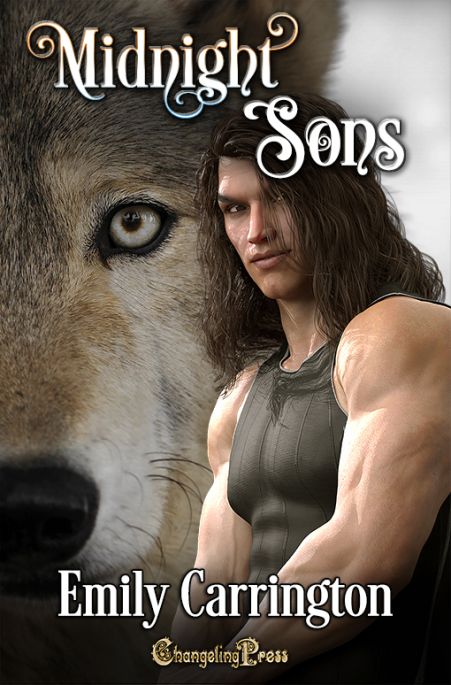 Amaruq is a FTM transgender werewolf. Though confident in his own body, he runs up against the challenges of living and loving in a college environment. These pale when compared to the violence he is subjected to.

Nootaikok is a former tracker, a killer who is looking for a new lease on life. He finds his solace in Amaruq. But when that way of life is threatened by terrorists, he must reclaim his former training, despite his demons, or see his love die.

Can Amaruq and Nootaikok’s love rise from the ashes of disaster like the storied phoenix?

Screw that. I’ve been Amaruq to my new werewolf pack since mid-summer. Even Tilthos Charles, the alpha above all alphas in North America, calls me Amaruq. I’m no more Mary than I am female.

But he was still biologically female, at least on the outside. Damn werewolves for not knowing how to perform gender reassignment surgery. And since humans — most of them anyway — didn’t know werewolves, or any other magical creatures, existed, there would be no asking them for help.

Amaruq rolled his head to the right against the plane’s hard seatback and closed his eyes. Tilthos Charles calls me Amaruq. Which is a male name as well as my true name. Even if my parents call me Mary still, they’re in Anchorage and I’m, well, I’m not technically in Buffalo or even the surrounding area.

He glanced out the window at the brightness of the sky above the clouds. I’m on my way to SearchLight Academy for my second semester. And, yeah, I’m Mary on their books, but my professors don’t call me that after the first day, and my friends not since I introduced myself as Amaruq. SearchLight is much more accepting of transgender Inuit werewolves. Maybe once I have the money, I’ll get my name legally changed.

With this current bout of vitriol out of his spleen, and with a smile borne of that last idea, Amaruq fell asleep. He’d been up early, unable to sleep, and he needed a short nap. He dreamed of the short, ebony-haired Inuit shifter who had populated his dreams for some time. Being a precognitive, Amaruq had faith his dream would come true. He settled in mentally to enjoy its oft-repeated flow.

First, he found himself in a kayak in the middle of the Arctic Ocean. There were narwhals all around him, but he didn’t fear they would upset the little boat. Rather, he was comforted by their presence, as if they promised safety. But safety from what? He was perfectly well-guarded, first among his new pack and then at SearchLight Academy, where nothing out of the ordinary ever happened.

Then someone approached Amaruq in another kayak. Even though he couldn’t know, somehow he was sure this was another shifter, like him, and yet different. Amaruq transformed into a wolf when he chose. This shifter was… something else… when he changed.

The other’s broad face and short stature called to mind all the pictures of Inuits he’d seen since he started trying to research his heritage, and of course the features reminded him of himself and his family. But where his family kept their hair neatly cut in Western style, this one’s hair was wild as he pushed back the hood of his parka.

“Amaruq.” He always knew Amaruq’s chosen name without having to be told. “Come to the shore with me.”

They reached land much more quickly than was possible but this never bothered Amaruq. They hauled their kayaks up on the beach so they wouldn’t wash away. Then the shifter took off his gloves and cupped the sides of Amaruq’s face. “You’re handsome.”

The shifter laughed. “You’ll know when it’s time.” And he kissed Amaruq.

Over thirty and never been kissed before. I’m like that movie, Forty-Year-Old Virgin.

Amaruq relished the kiss. It might only be a dream, but he felt sure real kissing would be just like this. Soft at first, gentle, persuasive, and utterly compelling. Then, as the shifter nudged Amaruq’s lips open with his tongue, it was impossible not to fall into the play of mouths. As one tongue slid over another, touching teeth, and those same teeth nibbling the bottom of Amaruq’s lip… His whole body woke with passion. He was wet between his legs. And, oh, even though he normally hated thinking of his sex, right now he adored the way the shifter made him feel. Like he was being lit up from the inside. Not as with fire, but as with a thousand fireflies. Or even the Northern Lights.

When his lover drew back, Amaruq was breathless with need. “Please,” he whispered every time he had this dream. “Please…”

“What do you want? Tell me the truth.”

The shifter tsked. “No, that’s not what you truly crave. Tell me the truth.”

And, as he always did, Amaruq confessed, “I want to know when I’ll see you for real.”

This was such a divergent path from the usual ambiguous answer that Amaruq gaped. And he startled awake. It might have been the airplane’s wheels hitting the tarmac that woke him, but he doubted it. His dream lover’s startling promise was what did it. Looking down at his hands where they were fisted in his lap, Amaruq whispered, “Let it be today.”