Demon’s Grotto, where monsters sate their lust. Will you spend the night? 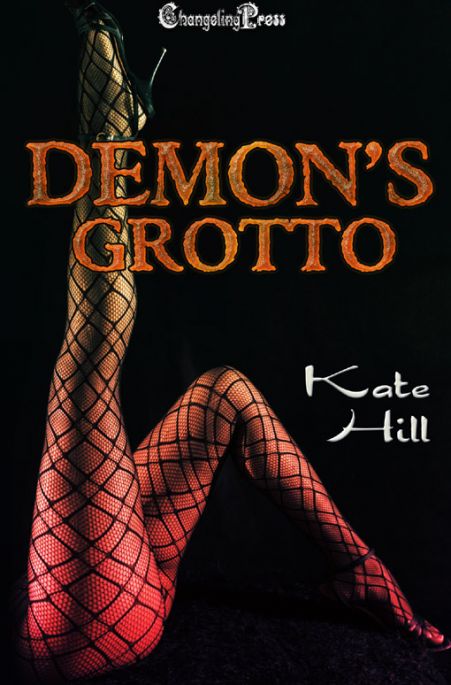 Ben wants Laura to reconsider staying overnight at Demon’s Grotto, and he has information about the club’s history that should convince her. He tells her three creepy love stories, hoping she will change her mind.

Rise of the Creature: When a mad doctor brings a dead man back to life, only his beautiful assistant can make that life worth living.

The Demon Within: A man on the run stops to rest at a rooming house, not knowing that it’s the hunting ground of a gorgeous succubus bent on devouring handsome guests.

Don’t Cry, Wolf: An ad for a maintenance man at a bed and breakfast is answered by a former soldier who’s harboring a hairy secret. The business’s lovely co-owner becomes involved with this sullen hunk who’s more than she imagined possible.

After hearing these stories of love and murder, will Laura decide to spend the night at Demon’s Grotto?

Despite the cold, misty night, Laura felt optimistic and excited, like she did whenever she was about to start a great story. Demon’s Grotto, the new club that had opened in a very old building, would be an amazing topic for an article. She’d already heard good things about the club. The name itself was an attention grabber, and the place seemed to deserve that dark, dangerous label.

She’d heard rumors that it was haunted. Staff and customers alike had seen, heard, and even felt a lot of strange things since the place opened. With her keen interest in the supernatural, Laura couldn’t wait to get to work. She didn’t think ghosts, demons, and werewolves were real, but she liked to fantasize and she also knew that many people liked to believe. In all her years of writing about paranormal creatures, she had never actually met one and doubted she ever would. Like Bigfoot and the Loch Ness Monster, some things were meant only for entertainment. After all, you can’t find proof of something that doesn’t exist. Yet her job wasn’t to prove anything. She was just here to tell an enticing story.

Pausing outside the club, she gazed up at the old building that had once been a rich family’s mansion. The current owners had kept the old style, even through renovations. The ornate building was stained sable. The front door was black with red lettering that stated the club’s name and hours.

Laura was about to step inside when a man of average height wearing a wrinkled gray suit approached. He had thick black hair, a square jaw, and rich brown eyes that had an almost haunted expression.

“You called the owner about coming here to write a story about the place.”

“Sure. Yeah. When I heard you wanted to spend the night here to write your story, I knew I had to talk to you first.”

“Oh. So you must know all about the building.”

“More than I ever wanted to.”

“See that coffee shop across the street? Can we go there?”

Ben’s dark eyes shifted toward the door. He shook his head. “No, Laura. I don’t feel like I can speak freely in there. If I’m going to tell you everything I know, it can’t be within those walls.” For the first time he truly nabbed her interest.

“Okay. Sure. We can go to the coffee shop,” she said, adjusting the strap of her laptop case more comfortably on her shoulder.

He headed to the coffee shop, and Laura followed. It had started raining harder, and when they stepped inside, they were both soaked. After ordering, they took their drinks to a table near the window.

From there, they had a clear view of Demon’s Grotto. A couple of people went in, and a few others came out. It seemed like a normal club. “That place has been bad news since the time it was built,” Ben said, breaking her thoughts.

“It was built in the early 1800s by the Damp family. Frederick Damp brought his wife and four kids over from England. Within two years of moving into the house, three kids and his wife died. One son, Raymond, survived. He married and had twin girls. When they were sixteen, one twin went crazy and killed the other. She was committed to an asylum and died there a couple of years later.”

“It doesn’t get any better. Before they were killed in a carriage accident, Raymond and his wife had another child, a son, Martin. He married, but poisoned his wife, and then he drank the same poison himself. They had one child, Cyril, and this is where the story really gets strange.”

Laura chuckled. “Stranger than that?”

Ben didn’t return her smile, but stared at her with those dark, haunted eyes. “Much stranger than that.”