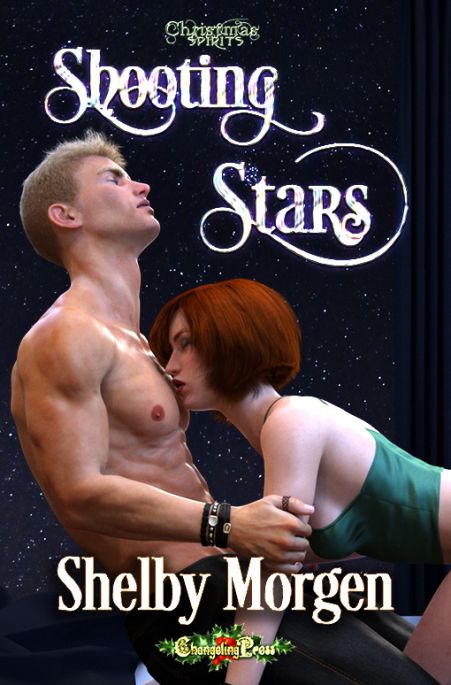 “Because we’re so good together.”

“For a few days. A few weeks, even. But then it ends. Again. Badly. Always does. We’re like shooting stars. Speeding through the night sky until they collide. A shower of sparks and we’re gone again.”

“But it’s glorious while it lasts.” He kissed my neck, just below my ear, and I shivered in his arms. “And one of these days we’re going to find a way to make it work.”

“Liar,” I shot back. But it was Christmas. And I wanted to believe…

The cross-country flight to Brasilia International Airport had taken less time than the trek down the mountainside, but it was still after 9:00 pm when we checked into the Windsor Plaza Brasilia Hotel. But it was Brazil. And apparently we had reservations. Or I did. I had to sign a form adding Mika to my room. The hotel restaurant was still open, and the concierge assured us room service was always available. “Which is a good thing,” I told Mika. “I’ve missed hot running water. I want a shower.”

Mika sniffed and wriggled his nose. “I can’t argue with that.”

I swatted at him, but he ducked behind the bellhop, who kept his gaze trained on the elevator, and managed to conceal any hint of surprise at our road weary condition behind a smile that earned him a large tip.

My long-sleeve shirt and jeans and socks — all intended to help make me look less like mosquito bait — made their way into the trash the moment the door closed behind the bellhop. This was Brazil. I was confident the concierge could have a new wardrobe sent up for me as easily as dinner and coffee.

Hot running water was one of the few things I’d truly missed in the last four months we’d spent in the Andes. The hotel’s amenities included scented soaps and shampoo that might turn me back into a human given enough time and scrubbing. I just stood under the spray for several minutes, soaking in the return to civilization.

Despite the data I’d lost, the trip hadn’t been a total loss. Mika was right. I had backed up most of my data — satellite Internet was a glorious thing — and I’d pocketed not only my thumb drive but the wallet-size external hard drive as well. And what I’d learned could not be erased from my head. Including the truths about myself and what I wanted, needed from life. And Mika was one of those things. I leaned into the spray, almost asleep from the sheer relief as the steam penetrated my knotted muscles.

Mika’s voice was almost a surprise — I hadn’t heard him cross the tile floor, and I’d already steamed up the large bathroom enough to not notice the temperature change when he slid the glass door open. “You’re always welcome.” I’d expected him, after all. Had allowed myself to admit that despite the rocky road behind us — and likely ahead of us — there would always be a place for Mika in my heart.

Mika didn’t ask what I wanted. He always knew. He could read my body like a flight plan. He started with the shampoo, running his fingers through the short strands of my hair until the water washed clear, then did it again, massaging my scalp, and then again. The soap was a more leisurely trip, exploring every crevice and crease where dirt could hide, scrubbing with the soap bar wrapped in the washcloth, then, once he was satisfied that the worst of the grime was gone, kneading and massaging my knotted muscles. “You’re a mess,” he muttered, working at the knots next to my spine that refused to let go.

“This was easier a decade ago,” I agreed. “When did canvas cots and wooden chairs get so damn hard?”

“We all grow up eventually, Silvi. Our bodies do, even if our minds think we’re still teenagers.”

“Usually.” I turned to pull him under the spray, running my fingers through hair that was only slightly shorter than my own, then stretching up to press a kiss to his mouth. His lips opened against mine, and his tongue swept through to taste and to touch, exploring and stroking and pulling the wildness from me.

Shelby must be insane. What else would have led her to start an online publishing company? Shelby shares her belief in electronic publishing with her long-time friend and business partner, Bill, her husband of 30 plus years. Perhaps the insanity is contagious.

Shelby loves writing off-beat tales that defy as many rules as possible. She likes chocolate with her peanut butter, suspense with her romance, and kink with her sex. She’s always had a hard time keeping science fiction, fantasy, and paranormal from mixing with her kink. Fortunately for Shelby, electronic publishing has opened many new doors for cross-genre authors and artists.

Visit Shelby’s website www.ShelbyMorgen.com for her latest releases. For a head’s up on new stuff, you’re welcome to join her Yahoo! group, http://groups.yahoo.com/group/ShelbyMorgen/join. Email Shelby at ShelbyMorgen@yahoo.com or blog with Shelby at http://shelby-morgen.blogspot.com.