He is Vulwin Valas — The Silver Prince.
Heir to the Dhrovish throne, strategist, warrior… model? 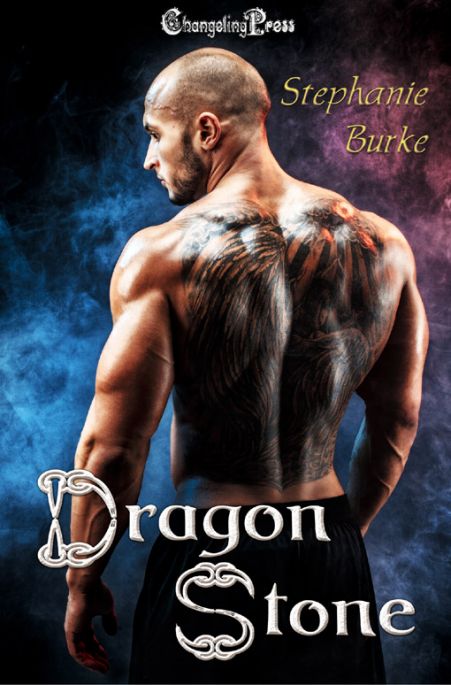 His Shining Majesty, King of the Dhrovish Throne, has one son, the Silver Prince Vulwin Valas who is a prince, a strategist, a warrior, and a… model?

In the human world, Prince Vulwin Valas is known as Win Arcarius, openly gay, very promiscuous, and one of the most highly sought-after models ever. To the Fae Realms, he is known as the Silver Shadow, the King’s assassin, and someone not to be crossed.

A routine visit home suddenly becomes more complicated, and Vulwin finds himself with a new mate, a new enemy, and a future he never considered before with… a dragon.

Iffear comes to Vulwin at his most vulnerable, but as magical enemies and a plot to destroy the Dhrovish throne make themselves known, the newly mated couple finds themselves drawing closer together in order to survive.

Get it from Changeling Press

Vulwin would have never noticed the male if it hadn’t been for the cat.

Really, in this age of mass hysteria about the agents of evil, who was brave enough to walk around with a cat in tow? And not only that, the cat was huge, black, and definitely noticeable.

The second thing he noticed was the chains around the male’s wrists, waist, and neck — rather his corded waist, very thick wrists, and a neck that was exposed due to his lack of hair.

He didn’t have a chance to contemplate this event further because his king, with a boding voice, bade him approach. He entered the audience chamber and ignored the massive set of silver doors that slammed shut behind him.

“I see you have returned to us from the realm of man.” The king eyed him from the top of his tousled hair to his bare feet. “Unscathed?”

Vulwin nodded, standing tall before his king. “That I have, Your Shining Majesty.” Vulwin wanted to smirk at the man, indeed he did, but common sense prevailed and he contained his amusement at this old familiar back and forth.

“Strip.” The order was given negligently as the king turned to speak to one of his many advisors.

Vulwin looked around the chamber. Some things never changed. His king’s pet crows still perched along the rafters of the dimly lit room. A mixture of candles and old fashioned gas lights gave the whole chamber a yellow tinge, while burning incense took away that odd smell that filled the chambers because of the gas lights.

This audience chamber was dominated by the huge circular throne platform. It stretched along the back wall, its concave design dominating the small room. In the center sat the highest chair, the throne of the king, draped in furs and embroidered silks given as tribute from faraway lands. On either side of the throne sat two chairs, one for each of His Majesty’s advisors who helped him maintain peace and order in the realms.

Knowing that he would be ignored until he complied, Vulwin let go of the human glamour he wore, his long, pale gold hair disappearing with a subtle flow of light, lengthening until it became the knee-length silvery white that helped lend him his second name, Valas — silver in the old tongue.

As the light passed over his body, it took along with it his human skin tone — the pale gold that humans called albino and that his human manager found attractive — and in its place his natural skin bled through.

Valas was proud of his skin tone, black as the starry night with a tracery of brilliant stars that gleamed when the light hit it just so. Others called his complexion speckled, the mark of a blessed child, and with his easy life he tended to agree with those old tales. No one else in the realm had skin like his and he was proud to show it off, a little miffed that his current assignment had him hiding it from prying eyes, but content to be smug about it when he was summoned to make his periodic trips home.

Removing the glamour was but the first step. With a wave of earth magic, he conjured from the floor a low table that sprouted forth like a small tree. It grew to about waist height and then Vulwin began to carefully remove the jewelry that adorned his body, starting with the delicate chains and hoops of gold that swung daintily from his long, pointed ears.

Unlike other Fae, the Dhrovish could be identified in an instant from the long, arching ears that rose up majestically from the sides of their heads. It was a point of pride to sport the most perfectly arched ears and the Dhrovish adorned them properly to show off their shape. He knew that Elvhenkind often looked down upon the Dhrovish for their midnight complexions and their large, ungainly ears, but he thought they were overcompensating for their lack by harping on the subject. Besides, a good, large set of ears generally meant that the Dhrow was sporting something thick and meaty between his thighs.

Oh yes, Vulwin Valas had a massive set of ears.

The necklaces of gold followed and the many rings that adorned his fingers and toes were removed next. Then the human clothing was carefully pulled off and folded, the long tunic of black silk, the loose fitting pants, and the anklets with their tiny bells.

He wore no underpants — he couldn’t get used to that human concession — so he stood there naked save for the thick swirl of ornate gold rings that encircled the base of his cock, his chastity device.

Have You Been Flashed?

It’s the question Stephanie Burke is asking. Stephanie is a multi-published, multi-award-winning wife and mother of two whose unparalleled imagination causes her no end of trouble. From sex shifting shape-shifting dragons to undersea worlds, up to sexually confused elemental fey and homoerotic mysteries, all the way to pastel challenged urban sprites, Stephanie has done it all, and hopes to do more.

Stephanie is co-founder of the charitable organization Write 4 Hope, co-creator of the Japanese Culture and Anime Convention Mikomicon, home-school mom, English tutor, an orator on her favorite subject of writing and world building, a sometimes teacher when you feed her enough coffee and donuts, an anime nut, a costumer, and a frequent guest of various sci-fi and writing cons where she can be found leading panel discussions or researching more and varied legends and theories to improve her writing skills.

Stephanie is known for her love of the outrageous, strong female characters, believable worlds, male characters filled with depth, and interracial stories that make the reader sit up and take notice.