Hoping for a real haunting may be the one Christmas wish
Caleb shouldn’t have made this year! 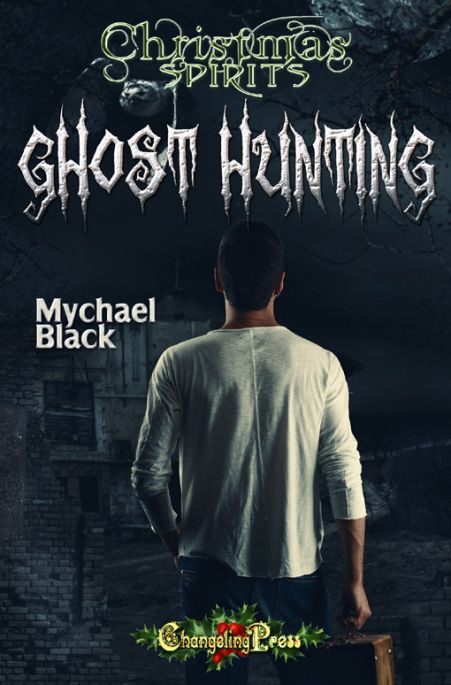 As the resident medium for Southern Kansas Haunts, Caleb Ryan is used to overacting for the camera. He hates it, but the show pays well. The small city of Tory, Kansas, doesn’t have much more to offer, even though he longs for something… real.

Scott Pennington, heir to an aging farm on the outskirts of Tory, desperately needs help. When no other groups will talk to him so close to Christmas, he turns to the crew of the local ghost-hunting show, Southern Kansas Haunts.

Caleb hopes this “investigation” pays off, but he quickly finds more than he bargains for at the old Pennington farm.

“Look, I’m just saying that maybe a little more… drama is what we need. Just a little –”
Caleb Ryan threw his hands up, exasperated. “I might say I feel something when I don’t. I might overact for the camera. But I will not pretend to talk an old lady’s dead husband!”

“Um, Caleb,” someone said from behind him.

The director’s assistant smiled rather sheepishly. “Sorry to interrupt. This is Mr. Scott Pennington.”

Caleb dumbly nodded before managing to kick his brain into gear. “Um, Caleb Ryan. How can I help you? Are you a fan of the show?”

Scott glanced at the assistant and the director, both of whom left. He cleared his throat. “I got your name from a waitress in Pratt,” he said. “She gave me a list of names, people who deal with… otherworldly things. No other groups near here will see me until after Christmas. I’m kind of desperate, to be honest.”

Caleb nodded. “Yeah, I don’t observe it, so I’m usually the one folks come to this time of year. What sort of otherworldly things are you talking about?”

“Ever hear of Pennington Farm?”

Caleb snorted out a laugh. “Are you kidding? Everyone’s heard of that place! The old loon who owned it fled the house and refused to go back. Rumor has it that it’s haunted, but no one’s been able to get in to investigate.” Caleb narrowed his gaze. “Why?”

Scott drew a key from his pocket and held it up. “That old loon was my uncle. The farm is mine now. And I need help.”

“You free for dinner?” Scott asked.

Ignoring the brief thrill of having a not-date with the gorgeous man, Caleb nodded. “Sure. What did you have in mind?”

“This is the first time I’ve been back this way in almost thirty years.” Scott pulled out his wallet and handed Caleb a business card. “Give me a text or call when you’re done, and I’ll meet you wherever. I’m staying at the Spicer Inn in downtown Pratt.”

Caleb glanced at the card, then smiled and nodded. “Sure thing. Shouldn’t be too long. Maybe an hour or so?”

Caleb watch the man walk away, unable to stop staring at muscular thighs and a tight butt encased in slightly faded denim. Thirty years? Judging by the hint of silver in the dark hair, Caleb put Scott Pennington in mid-forties, maybe. It didn’t matter. Caleb would sit up and beg just to see lust in those luminous baby blues.

Fingers snapped in front of his face. Caleb shook his head. “Sorry.”

His friend and fellow investigator, Jay, just laughed. “What was that about?”

Caleb studied the business card. “We may be the first to investigate Pennington Farm.”

He met Jay’s gaze and held up the card, emblazoned with Scott Pennington, Homicide in dark blue across the middle. Below it, in black: St. Louis Police.

“Yeah. I’m meeting him tonight to talk it over.”

Jay smirked. “Talk what over? The farm investigation? Or getting into his pants?”

“You never know,” Jay said with a shrug. “Just because he’s a cop doesn’t mean he doesn’t like guys.”

“I know.” Caleb pocketed the card. “Anyway, enough of that. Let’s get this stuff finished up. I’m eager to hear what he has to say.”