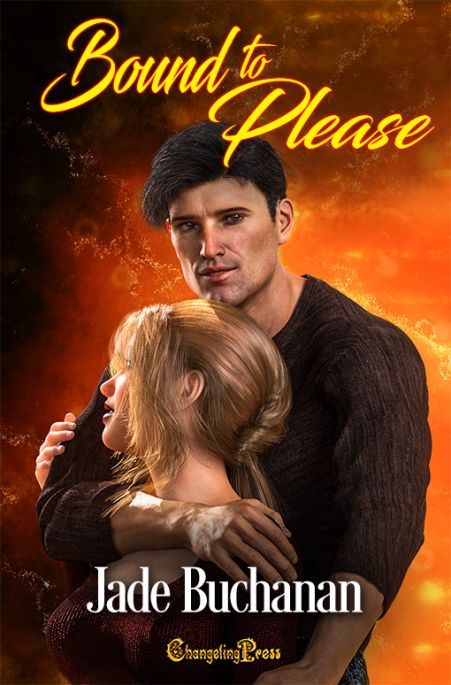 Melaina Carey has a secret she’s desperate to keep hidden from her nest mates. Her life may have been saved when she was turned into a vampire, but it brought with it a whole new host of problems.

Her secret is about to be revealed and the two men she fears — and lusts after most — are about to put their centuries of experience to the test.

They aren’t going to let her hide anymore. Tristan and Dougal know there’s something wrong with her. When they discover what it is, they’re determined to help her.

There is no way that Melaina is going to submit easily. Tristan and Dougal are going to have to prove they are man — and vampire — enough to control her every move.

“They’re gonna be super pissed,” Malcolm observed, shrugging off the glare she sent him.

“Well, what the hell do you expect me to do, Colly?” she called him by his nickname. “I couldn’t stay there and go through a repeat of this morning. They’re gonna want to know what’s wrong with me.”

She shook her head, sliding off the picnic table to pace in front of it. A flash of blue and red caught her eye, the swing set beckoning her. Whispered promises of another time in her life, one where she wasn’t afraid. Back when she didn’t know anything about the monsters in the night. Back before she became one of them.

She could hear the sounds of children, screaming and laughing, flitting through her mind. The glorious, clean smell of summer. The exhilarating rush of running around the slide, desperate to be the next one to go down its heated metal length, wincing when it burned sensitive thighs under colorful shorts.

They would fight over who got to sit on the yellow, laughing duck. His orange beak a bright splash of color, a counterpoint to Mr. Frog with his red mouth on the other end of the teeter-totter. She and Malcolm had spent years here, always the same.

She sat down in one of the swings, the strip of blue rubber conforming to her hips. Pushing off with her feet, she swung back and forth slowly. “When did it change, Colly? When did it become so faded, so rusty?” she asked, contemplatively.

Malcolm shrugged, flicking his gaze around the playground.

“The paint is peeling on the metal. The fence is five different colors from continuously having to paint over the graffiti. Was it always like this and we just didn’t notice it?” she mused, kicking her feet up. Looking back at Malcolm, she saw him watching her, studying her.

“Things change, Mel.” He met her eyes. “What are you gonna tell them?”

Now it was her turn to shrug.

“You have to tell them something,” he said, a hint of impatience in his voice.

Cocking her head, she listened to the sounds of the night. The squeak of the chains as she pushed back and forth on the swing, the rustling of the trees, the slow inhale and exhale coming from her brother. “I can’t tell them the truth.”

“Why not?” he asked with a huff. Standing up, Malcolm placed both hands on his hips, glowering at her.

“Seriously? You seriously have to ask me that? Uh, maybe because I’m a fucking vampire and I can’t even do the whole vamp thing normally.”

“They’re gonna find out one way or another. It might be better if you just tell them. I mean, c’mon! You can’t be the only person to ever have this problem. It’s not like it isn’t treatable and –” Mel threw out her hand, startling her brother and cutting off his next words. She froze, breathing erratically. Ten seconds went by, incredibly slow.

“Well? Aren’t you going to finish your sentence, Malcolm? Pray tell, what exactly could Melaina have that is treatable?” Tristan growled, his normally calm voice ragged. His accent roughened, becoming more noticeable.

They appeared out of the night, separating from the shadows that had kept them hidden from view. Tristan glided forward, followed by the dark, stalking figure of Dougal.

The two men separated, surrounding her.

Dougal slid up behind her, grabbing the metal chains of the swing in his large hands, halting her movement when she tried to get up. Tristan blocked her front, staring down at her fiercely.

Crap, it wasn’t supposed to be like this. She hadn’t had enough time to come up with an excuse. Stalling for time, she remained silent.

“Uh, guys…” Malcolm said, trailing off when Tristan threw him a smoldering glare.

“Yeah, I’ll just be going then. Right… I’ll just be…” Malcolm ignored her pleading eyes. Turning swiftly, he walked out of the park, leaving her with the two vampires.

“Now, we can do this the hard way, or we can do it the easy way. But when we walk out of this park, we are going to know what is wrong with you. Is that clear?” Dougal whispered, caressing the shell of her ear with his breath.