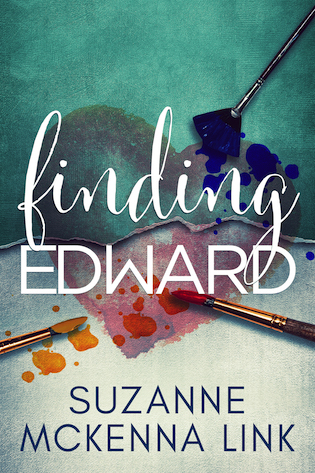 When Edward’s beloved grandmother dies, she doesn’t just leave behind money. His inheritance includes a father in Italy he never knew he had.

Now he’s forced to navigate a country he doesn’t know, using a language he doesn’t speak, in search of a man who has no clue Edward even exists.

Edward’s past and future collide, leaving him more lost — and more alive than he’s ever felt before.

My mother came out with two shot glasses and a bottle of bourbon. She poured some liquor in each glass and put one in front of me on the coffee table. She downed hers before taking a seat on the couch next to me.

My stomach curled at the thought of mixing bourbon with my upset stomach.

“For some strange reason, Grams wants me to go to Italy. She said you had a secret to share, something that could explain why.”

My mother fidgeted silently, hands in her lap. I braced myself.

“Tom Rudack is not your father.”

I stared at the boring beige rug under my feet. I didn’t know what I expected her to say, but it wasn’t that.

I wrangled my bottom lip between my teeth and winced from the bruising I’d given it earlier.

“Stop biting your lip,” she said.

“Are you saying the man you were married to is not Ray’s and my father?” I raised my eyes to her face.

Chin lifted with an air of defiance I didn’t quite understand, she watched me, her brown eyes partially hidden behind long bangs, unnaturally dark for her age.

I let out a noisy breath and shook my head. “Then who… who is my father?”

“He’s a man from the garden center where I used to work. An Italian who came here on a work visa. He worked a year and went back to Italy.”

My real father was Italian?

Get book 1, Saving Toby, for Free at Amazon! 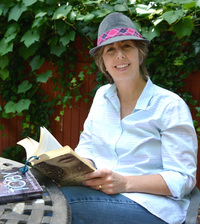 Suzanne McKenna Link works for a family of newspapers that cover events in and around the South Shore of Long Island, New York. She lives in the town of Sayville with her husband and two children.

SAVING TOBY is her debut novel. The literary love story follows the moving journey of a damaged young man and his love for a girl who might just save him. An avid interest in psychology has Suzanne digging deep into the reasons for her characters’ behaviors. The native Long Islander is fascinated by the how and why of people’s actions. As a result, her characters come to life on the pages.