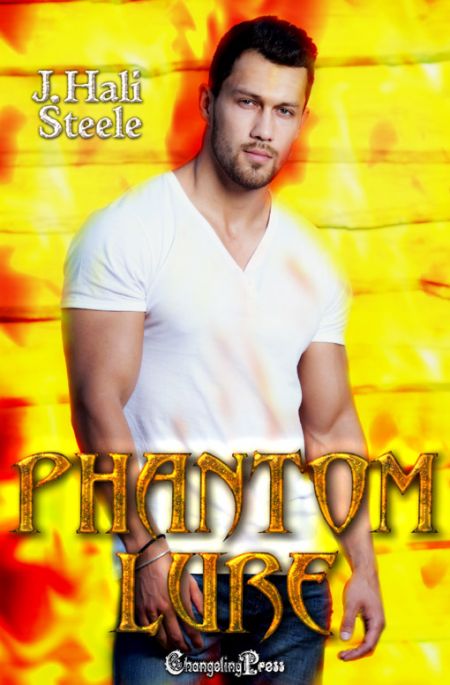 When Lucifer tossed his favorite lover, Grange Stafford, out of hell, and tortured Heath Terran, it should have ended there. Instead, that was only the beginning — the creation of the Phantom Lures.

Driver: Phantom Lure Grange Stafford, the handsome man who drives the bus on Roman Curt’s route to work, appears in Roman’s unrealized fantasies. What would Roman’s girlfriend think of his wanton desires?

Locomotive: Caught in Satan’s web of deceit, Heath Terran is the reason Phantom Lures exist. Grange sets a scenario in motion with other Lures to free Heath. Full of Lucifer’s power, Grange takes what he wants. In taking Heath, Grange changes Heath and their world forever.

The city streets teemed with a variety of people ripe for hooking. Providing a relatively safe haven, Philadelphia, the City of Brotherly Love, was a splendid place to exist and Grange Stafford anonymously canvassed the narrow, crowded streets searching for what he considered necessary. Excitement charged every sense as he thought of capturing someone new and educating him in boundless carnal pleasures.

At this moment, his catch was in sight.

The athletic, dark-haired man with a summer tan who boarded his bus thought his stolen looks at Grange went unnoticed, as the petite woman beside him talked on and on about a threesome. They didn’t. Grange caught every peek in his direction through the rearview mirror, even analyzed each glance. What Grange attempted to ascertain was when the handsome, blue-eyed male would come to the realization he’d relinquish his virginity to Grange. Hell, with confusion marauding through the man’s mind, he remained unaware his eyes begged the bus driver to take him. His name, Roman, rolled around in Grange’s head as he envisioned introducing him to the delights of same sex intercourse.

Careful to mesmerize real bus drivers, steal their vehicles and appropriate designated routes only happened when Grange’s need grew so raw he couldn’t ignore it. Passengers were called catches, and though not every ride ended satisfactorily, he found mass transit riders not nearly as jaded or adventurous as those using other types of transport. Grange appreciated a catch fragrant with a bit of fear and apprehension over new sexual experiences. His favorites were normally couples he initiated into the joys of threesomes. Grange got off on watching a woman see her boyfriend impaled by him, the lovely way her mouth bowed in surprise when his penis sank so deep inside her man, his balls smacking the other’s ass. Performing fellatio on her lover with the same mouth was another turn on. The couple seated right behind him had his cock so damn hard Grange could come if he wanted to. Hold it, wait for the tight-assed man to conclude that until he let Grange have him, the visions he experienced would not dissipate.

Grange had done the necessary thing to make sure Roman’s satisfaction with his girlfriend or anyone else would remain elusive as long as the idea of Grange riding him to an orgasm played through his mind.

Nearing Race Street, Grange knew Paula’s stop fast approached. She wouldn’t disembark because she’d not only worked herself into a sexual frenzy, she’d pulled Roman in her wake. Shit! The thought of Roman fucking her tonight urged drops of cream to escape his ramrod stiff shaft.

“Twelfth and Arch,” Grange called out. Passengers exited quickly, but Paula remained seated. Pulling from the curb, he continued on his way until he came to Sansom Street, Roman’s stop. As Grange knew they would, Paula and Roman waited until the last rider vanished through the doors before climbing off. When Roman turned to glance at him, Grange smiled. “Enjoy your evening.”

Lips curved tentatively in his direction, and Grange sighed at Roman’s mind settling down. The relief Roman experienced as he came close to accepting his predicament sounded an audible snap in Grange’s head as the man stuttered, “To-tomorrow?”

“Tomorrow,” Grange replied. Tonight he’d go home alone and savor anticipating what he’d denied himself for two days — the longest a Phantom Lure could go without sexual contact and not begin to lose powers. Roman was a man who could provide unbridled sexual fulfillment. A man Grange was sure would embrace losing his virginity.

A multi-published author, J. Hali Steele wishes she could grow fur, wings, or fangs, so she can stay warm, fly, or just plain bite the crap out of… Well, since she can’t, she would much rather roam where her fictional big cats live — in the high desert of California. Discovering a new love of contemporary male/male erotica has flipped a switch she can’t turn off, so she hopes eventually it drifts back into her otherworldly realm.

When J. Hali’s not writing, she can be found snuggled in front of the TV with a good book, a cat in her lap, and a cup of coffee.

Growl and roar — it’s okay to let the beast out.