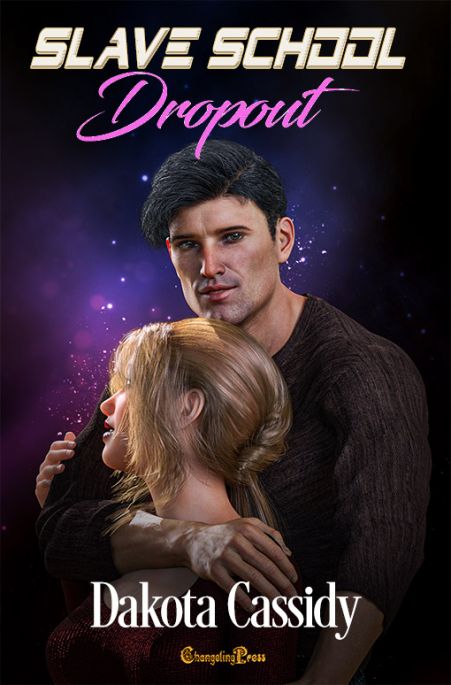 Nyla is a cat. So is Lucas. Nyla is an Egyptian descendant of Bast. Lucas isn’t.

In fact, he’s so far off the scale of high falutin’ lineages, he’s precariously tipped them. That’s because he’s a tomcat.

Nyla and Lucas have been friends for over a year since they met at a shifters’ meet and greet. Until one day, Nyla smells what Lucas has smelled all along. Her lifemate.

What does any good pair of lifemates do when they have to seal the deal? A little bump and grind, but who knew the bump and grind meant floggers and spankings and a host of kinky stuff Nyla had no clue Lucas liked.

Nyla is vanilla. Lucas is not. Lucas is a Dominant who enjoys just a smidge of rocky road with his bedroom pleasures.

Nyla never considered herself submissive. No one is the boss of her. However, these lifemates are about to embark on a journey that will take them both to places they’d never considered.

Oh, and it never hurts to mention that Nyla’s family is a snobbish, upper crust bunch of shifters who will probably want nothing more than to see to it that Lucas and Nyla’s newly acquired lifemate status is revoked by the lifemate council.

It’s High Society meets the ASPCA with a decided twist…

Publisher’s note: This title is available in print. Visit our Books in Print page for more information.

“I’m so — so…” Well, she didn’t know what she was. She’d been on a mission to find the scent that made her nose feel like it’d exploded off her face and she was so enamored with the “scent’s” ass she tripped on a stupid toy mouse and fell into him. As opposed to sauntering up to him like she was all va-va-voom or something.

That was how she’d planned it in her mind, anyway. She would follow the smell of this Utopia in a pair of faded jeans and saunter up to him like she was the Queen of Sheba.

Sometimes the road to hell and all that rigmarole…

So instead of sashaying like a supermodel on a runway, Nyla Jane Selim fell into yon hottie with not an ounce of sashay and a whole lot of Pee Wee Herman.

“I’m sorry. I didn’t mean to — I think I tripped –” Her nose was overwhelmed with the masculine scent of him. It made her heart skip and do a running vault over the parallel bars.

Strong arms held her for the briefest of moments before helping her to regain her footing and a deep voice, raspy and reassuring, interrupted her apology. “Tripped on a mouse,” he finished her sentence. “Somebody needs to clean this place up.”

Ohhhhhh, oooh, oh. A shiver of delight rippled along Nyla’s spine and she arched into him, keeping her palms on his muscled forearms for a moment more. What a set of lungs… Nyla didn’t know if she should silently curse or thank Amos personally for not cleaning up the kitty condo aisle. “It’s been a bit crazy here and we’re understaffed,” she offered as she squinted, studying his face, angular and rugged.

Her eyebrows rose. No fucking way! Lucas? How could this be? Lucas never smelled like this before. Nyla struggled to find her glasses in the white coat she wore at the pet store. Slipping them on, she peered into her friend’s face as if she were seeing it for the first time, not the like hundredth in a year.

He held a studded collar in his hand, rhinestones and black leather. It twinkled under the bright fluorescent lights of the store. His thumb ran over the studs, giving Nyla another carnal thought that had absolutely nothing to do with a collar and everything to do with slappin’ this face jock down on the floor and slamming him one for Old Glory. Oh, my God! Had she really just thought that?

“I see that,” Lucas commented, his tone rather blasé as he looked over the top of her head and gave a scathing scan of the store overall. “You talk about this place all the time. I thought I’d come check it out. You definitely could use one or two of those plastic Tupperware bins,” he joked.

Nyla stuck her tongue out at him playfully. Okay, so it wasn’t the most efficiently run place, but it had its advantages and a great volunteer program for adopting a pet, which Nyla ran. “Lucas, what the hell are you doing here? You need help with something in particular?”

His smile was cocky and glib, and his dark green eyes hinted that Nyla, for all of her ineptitude, couldn’t possibly help him. “No. No. I don’t need help at all, Nyla. I just thought I’d stop by and see if you wanted to catch a movie. You know that thing we do every Friday night? Me relegated to your fun date pile and all?”

At this particular nanosecond, despite the sharp stab of her nipples poking at her bra like a Dewalt drill bit, Nyla was tweaked. What the hell was going on? They’d been on two dates before she’d determined that they should just be friends. She and Lucas were so alike, ruining it with sex was something Nyla wasn’t willing to do. Lucas was the only person in the world who understood her right down to her Prada heels, and she wasn’t going to risk becoming his squeeze so he could dump her somewhere down the road. They were friends for life — period.

And so now what? He was all of a sudden hot? She and Lucas had shared more than a dozen movies and he’d never smelled like this before. Fuck him for smelling better than tuna. Gathering her best disinterested attitude around her knees, Nyla gave him a narrowed glance before dismissing her moment of insanity and said, “Yeah, let’s do a movie.” While I’m at it, could I do you too?

Oh! Where had that come from?

“Nyla? You okay?” Lucas looked down at her from what seemed like way far up there all of a sudden… was he always this tall? Tall and luscious to boot?

“That’s all me, baby. Nothing new,” he teased. “You were the one who didn’t want to sample it, remember?”

Oh, she remembered all right. As clearly as she now smelled him in a whole different way. “If I’ve told you once, I’ve told you a thousand times. We’re friends and I won’t risk having to dump your ass and take all of your toilet paper with me when I do, just so we can have sex. I can have that with anyone, but nobody does a good romantic comedy like you.”

Lucas brushed a kiss over her suddenly heated forehead. “I know, I know. I’m the sexless friend.” As he stood closer to her, Nyla fought the urge to lean into his hard frame and the bonfire that was him.

Lucas stiffened and backed away. “So, a movie? Popcorn, soda and your favorite ‘no sex this lifetime’ buddy — friend.”

Nyla cleared her throat. Yeah, no sex. She’d said that a dozen times or so too… what had she been thinking? Nyla put a hand on Lucas’ chest. A chest that now, all of a sudden, out of the clear blue, felt… good.

With that, Nyla turned on her heel and stalked off toward the back room where she fully intended to cleanse her nostrils with sandpaper.

USA Today Bestselling author Dakota Cassidy lives for a good laugh in life and in her writing. In fact, she almost loves a good giggle as much as she loves hair products and that’s saying something.

Her goals in life are simple, (like really simple): banish the color yellow forever, create world peace via hot rollers and Aqua Net; and finally, nab every tiara in the land by competing in the Miss USA, Miss Universe, and Miss World pageants, then sweeping them in a stunning trifecta of much duct tape and Vaseline usage, all in just under one week. Oh, and write really fun books!

Dakota lives in Oregon with her dogs and has a husband who puts the heroes in her books to shame.