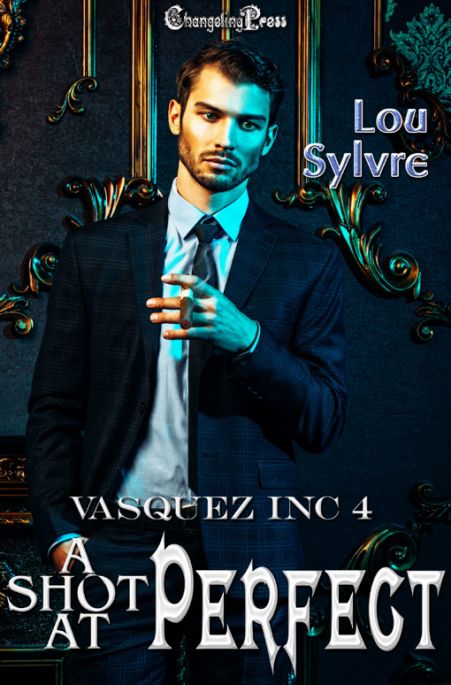 After a crash left him with new mental and physical scars, Jackie Vasquez has finally regained his focus, flair, and bright outlook. Though he’s letting Brian Harrison’s marriage proposal simmer, it’s not for lack of love. He’s set his sights on putting his life right first — a new job and a fresh start at graduate school. But Los Angeles — the city of devil winds — has new trauma in store for him. Another accident leaves him with the stump of a leg and defeated spirits, adrift despite Brian’s devoted attentions.

While Brian copes with his own emotional trauma, he hopes to break through Jackie’s apathy, but work at Vasquez Security takes more and more of his time and attention. Specifically “the Espen case,” which his boss — Luki Vasquez — has forbidden him to pursue. Help comes on all fronts from friends and family for both Brian and Jackie, but even as it does, danger mounts from outside. Can the two men find their way back to love as well as passion and fulfillment in their D/s roles? Can they survive the confrontation with danger that seems to loom closer and darker every time LA’s hot winds blow?

or pre-order for January 31st at retailers

The morning after their stellar session, when Brian got out of bed, he discovered Jackie was already up. The fortune cookie was no longer on the night table. Brian walked out into the open front rooms of the apartment looking for his boy, eager to kiss Jackie soundly and get his answer to the marriage proposal.

Jackie had left three of four diagonally cut pieces of cinnamon-toast on a plate, two strips of bacon in a pan, and half a pot of coffee still keeping warm, but he was nowhere to be seen. Brian poured himself a cup of hot coffee and grabbed both bacon strips with his fingers. He sat down in his usual spot at the table, wondering if he should feel disappointed, worried, or perhaps unconcerned. Jackie had certainly demonstrated his feelings for Brian the previous night.

But the question Where the hell is he? kept popping up in his mind as he devoured the bacon and chased it down with coffee. Then, as he helped himself to Jackie’s toast leavings, the question evolved into Why the hell would he leave without a word?

Followed closely by Why hasn’t he answered about marrying me?

Shit. “No” would be better than silence…

After he polished off the toast and talked himself out of putting a shot of J&B in his second cup of coffee, he remembered that phones and text messaging existed. Hopeful, he swallowed most of the coffee down and went to the bedroom to fetch his phone. Aha! A text awaited, and it was from none other…

— Good morning, Bri. I’ll be home soon. Before I forget. What happened to that broken drawer in the playroom? —

It took Brian a number of seconds before he could even make sense of the question, so far was it from what he’d expected — and desperately hoped — to see, but eventually he put it together. Annoyed, but glad Jackie had at least not forgotten him entirely, he texted back.

Brian waited, sitting on the unmade bed in his skivvies, only vaguely aware of Marley head-bumping his arm hoping for a good scratch and not even noticing the sun blazing through the window and baking his left shoulder. He didn’t get an answer. He sighed very deeply, well aware of how piteous it sounded, and then he moaned, “Dammit, Jackie.” Sure the devil boy would be his undoing someday, he gritted his teeth, resolving not to worry until something clearly indicated he should.

He picked up his phone to send another text, but before he could do so, he got a mixed media message. As often proved to be the case with images, it had taken a long time to get to him, having been sent even before the text he’d already responded to. It was a selfie. Jackie looking very fine and dressed for success, wearing a blazer the same color as his eyes and a tie… one of Brian’s, he believed.

He texted back: You look good. Why are you wearing a tie?

He waited. No answer.

He waited some more. No answer.

He started to wait some more, said “Fuck it” out loud, and sent a final text. What did your fortune cookie say? And wherever you are, be careful.

Brian dressed, walked down to the office, and had already situated himself at his desk and powered up his PC when a reply came.

I love you, Brian.

Brian didn’t reply. He was already tired from the strange interaction. He just gathered up his things and, sighing again, turned his attention to work.

More and more he found he accomplished the tasks of management easily. He whipped through the morning’s e-mails before Livvy showed up, made a pot of coffee, assigned Lonny to manage a personal security situation for Korean corporate officers in Los Angeles for a wedding, and reviewed the latest financial reports with Ahmad. After a break, during which he tried unsuccessfully to reach Jackie by phone and then spent fifteen minutes crocheting with Livvy while she talked about her nephew’s latest musical triumphs, he worked on a plan he’d been putting together to point VSI-LA in a profitable direction over the next couple of years.

LA was rife with security companies, a good number of them with high level capabilities. It was why Luki had never concentrated his energies here — a big market with an even bigger pool of competition, and as successful and respected as Vasquez Security was, it remained a small- to- medium-sized fish in the large pond. That made it difficult to compete with the likes of Security Group International, and SGI’s office in LA was more than triple the size of Brian’s little group.

But he thought the office could do better than it had. The key was targeting the right niche. He’d researched, and he’d found two of the least monopolized areas to be security for transient high level corporate officials — like the Koreans in town this week — and event security for small to medium-sized posh gatherings. VSI was set up well to grow in those market areas, and his report included the necessary facts and figures for Luki to make a decision as to whether to invest in the additional personnel, training, equipment, and advertising to accomplish it.

Now he set his mind to propose one additional area of investment, one he wasn’t at all sure Luki would approve. For one thing, it involved privately dealing with things that technically should be the domain of law enforcement agencies. For another, it involved putting someone in the middle of very dangerous situations — negotiating with kidnappers and dealing with blackmailers — and nobody on staff at present in Los Angeles was qualified. But Brian knew Luki had done that type of work, and he had other agents in Chicago who could do it. Luki could do the training, and Brian really wanted to be trained and to do the work. He wasn’t sure why he wanted to do something so patently risky, except that he hadn’t studied what he’d studied and gone on staff with the London Metropolitan Police in order to spend all his time at a desk.

Whatever the reason, his brain got ridiculously excited at the idea. He’d need a partner, and he thought Amy might be a good choice. If not, they could hire someone. With Luki’s connections in the business, Brian had no doubt they’d pick up jobs if word got out VSI-LA was equipped to deal with them.

Interestingly, he’d found a file indicating Espen had been looking into the same field of operations a few weeks before his disappearance, but he hadn’t compiled any reports except a list of other security companies that offered the same services.

As that thought passed casually through his thoughts, a realization jolted him — as if lightning had struck and revealed Espen’s secrets. Two entries in the notebook had been different than all the others. Both had the letters RL, a date, and what was surely an amount of money. Only one had been crossed out.

Espen was a gambler, possibly an addict. Espen had been deep in debt to someone represented by the initials RL. He’d paid RL once, but not the second time. Around the same time, he’d compiled that list.

It clicked. He hadn’t been thinking of the business, he’d gone looking for help with a blackmailer.