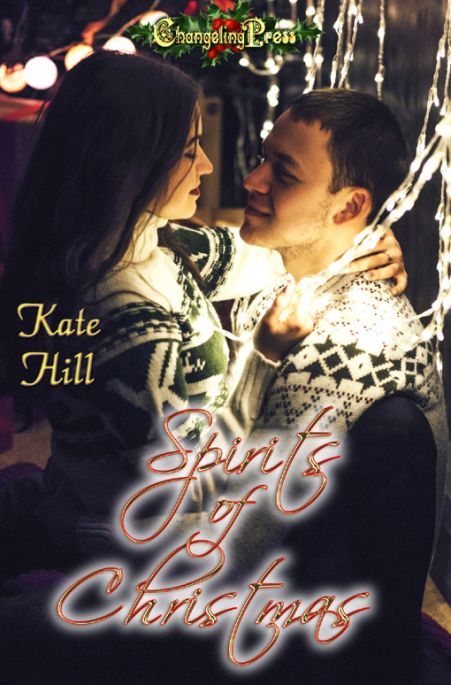 On Christmas Eve twenty-five years ago, a brutal murder was committed at the house where Christa Wild works as a live-in maid. When the other servants leave for the holiday this year she stays behind, hoping that any spirits dwelling there will help her regain the psychic power she lost. She’s surprised when the intriguing but disturbed owner of the house appears several days before Christmas.

Action star Joel Connor has kept a terrible secret for most of his life. Despite his success as an athlete and actor, he is plagued by flashbacks of a gruesome attack that destroyed his family. This Christmas, Joel returns to the house where it happened to face the ghosts of the past, but finds he is not alone.

Joel and Christa are instantly attracted, but will his psychological state prevent them from finding peace and love?

or pre-order for December 6th at retailers

Whenever I write the first draft of a story, I listen to music that in my mind becomes the soundtrack to the book. Since Spirits of Christmas is set during the holiday season, I listened to Christmas music when I wrote the first draft. This is the playlist I had when I sat down to write Joel and Christa’s story:

Mary Did You Know

Do You Hear What I Hear

Carol of the Bells

The story is a paranormal Christmas-themed romance, but it also involves murder and a hero dealing with fear. Some of the music I listened to was dramatic and some was for light-hearted moments in the story. It was fun to surround myself with Christmas before December even arrived! Frost created intricate shapes on the window overlooking the snow-covered front yard of the spacious suburban house where Christa worked. For the past month, she’d been a live-in maid, even though it wasn’t her real vocation — or it least it hadn’t been until an accident changed her path in life. Maybe changed wasn’t accurate. She intended to return to her former profession, but before she could do that, she needed to either recapture the gift she’d lost or reinvent herself. Each path presented its own challenges.

She turned her gaze back to her cell phone that lay on the desk and listened to her mother.

“Christa, you’re sure you won’t change your mind and come home for Christmas?”

“At least let us come and spend the holidays with you. Your father and I don’t like the idea of you being alone in that particular house.”

“There’s nothing wrong with the house.”

“If spirits are there, they’re not happy. It might be dangerous for you.”

“How can I explain to you that I know I’m supposed to be here? I’ll be fine.”

“Christa, when your gift was working –”

“Just hear me out. When your gift was working, I trusted that you knew where you should be and what you could handle, but it’s not back, is it? So far, you haven’t contacted any spirits in that house.”

“Then if my gift is gone, spirits can’t hurt me, right? Mom, I’ve made my decision. I want to stay, and I don’t want you or any member of the family to come here. Remember, it’s not my house. I might get fired if I have overnight guests.”

“Who would know? You said the other servants have already left for the holidays. Your employer offers two weeks paid vacation at Christmas. Anyone would take advantage of it.”

“Anyone who didn’t take the job specifically because of what happened here on Christmas Eve twenty-five years ago. That’s not me.”

“You’re a grown woman and we can’t force you to do the right thing, but you’re being foolish. You’re alone in a house where a terrible crime was committed. Christa, please come home. If any spirits lurking there want to contact you, they can do it at any time — like when the rest of the staff returns.”

“If you need anything, please call. We’ll come right away.”

Sighing, Christa turned off her phone, leaned back in the chair, and gazed out the window again. Snow fell faster and thicker. She missed her family, and being away at Christmas would be hard, but she also missed her gift. Her family had been incredibly supportive when she’d lost it after the accident eight months ago. They’d helped her through depression, anger, and frustration. They’d put up with mood swings and had always been there to listen. When she’d learned about a job opening at a house where a family had been brutally murdered, she had applied immediately. It was as if the job called her, similar to the sensations that accompanied her gift. She couldn’t deny the pull.

Now, as Christmas Eve approached with no sign of any spirits, her hope waned. Her mother was right. If she was meant to contact spirits here, surely they would have connected by now. Yet maybe if she waited for the anniversary of the murders, any spirits in the house would be stronger.

“Just because I’m alone at Christmas doesn’t mean I can’t celebrate.” Christa stood, pocketed her phone, and turned on the lights to the small plastic Christmas tree that stood near the desk in her room.

This morning she’d bought it and several other decorations at a local discount store. She’d even made a wreath and hung it on the front door. Now she was about to bake Christmas cookies.

Not only would keeping a festive spirit help her through the holiday without her family, but maybe if the house experienced some warmth after so many cold Christmases, any ghosts in it might be encouraged to engage with her.

She slid a bit on the polished hardwood floor in the long corridor leading to the stairs.
“Shoot.” She stopped to tug off her fuzzy socks before jogging back to her room to put on yoga socks with rubber bottoms.

The winding staircase led to a spacious foyer. The aroma of apple pie, supplied by Christa’s trusty wax warmer, wafted through the house. To the right, she leaned through an archway into the large, dark living room and switched on the light. At night, that room in particular gave her the creeps. She’d placed a few decorations around, hoping to make it a bit cheerier, but even the reindeer and elves seemed to glare at her with their painted eyes. She stepped in and turned on the electric candles in the windows. That was a little better.

In the kitchen down the hall, Christa took her phone out of her pocket, placed it on the counter, and turned on her favorite music app. She selected her Christmas play list and soon she was singing along with carols while mixing cookie dough.

Before long, she had a batch in the oven. The scent of warm chocolate filled the kitchen. Closing her eyes, she inhaled deeply.

“Mmm. Can’t wait for those to be finished, but in the meantime –” She sat at the table, pulled out her red glitter pen, and wrote notes in her Christmas cards. She’d mail them tomorrow and her family should get them in time for the holiday.

She looked up from her cards, paused her music, and strained to listen. Had that been a car door closing?

“You’re getting paranoid, Christa. Get a grip, girl.”

Even if there was a car thief, in this neighborhood they wouldn’t go for her little economy car, but one of the pricey ones parked in front of the other huge houses down the street.

She nearly resumed the music app, but something didn’t feel right. Instead, she pocketed her phone, reached for the nearby frying pan, and stood. On her way to the foyer, her heart pounded. Was this how it happened to those poor people all those years ago? Had they heard their killer approach, or had he taken them totally by surprise?

The key turned in the door. Christa furrowed her brow. Only other members of staff had a key. Someone must have forgotten something and returned for it.

“Then I’m calling the cops, because you’re trespassing on my property.”

That calm, precise male voice wasn’t familiar to Christa, yet for some strange reason, she recognized it. She had never met the owner of the house, but she knew that he neither lived in nor rented it. Was it possible that he had decided to visit today? If so, he probably hadn’t expected any servants to be here. They were supposed to be on Christmas vacation.

The door burst open, slamming into Christa and knocking her onto the wooden floor. She landed, her scream turning to a grunt. Her frying pan flew from her hand and landed out of reach. Cold wind and snow swirled around the slim man in a black coat and gloves who stood over her. Ice crystals covered his sleek, dark hair. A fierce expression on his angular face, he glanced around the foyer. Blue-gray eyes, like slivers of crystal, glanced from Christa to the frying pan. Not only did he sound familiar, but he looked familiar, too.

“Is that your weapon?” He didn’t smile, but she sensed his amusement. “I think if I were in the kitchen, I’d have picked up a knife instead, but whatever.” He held up his keys. “Like I said, I own the house. What’s your excuse for being here?”

Leave a Comment to enter for a chance to win!
Kate is giving away one of her Changeling Press ebooks – winner’s choice. 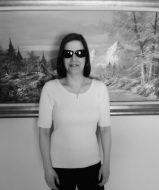