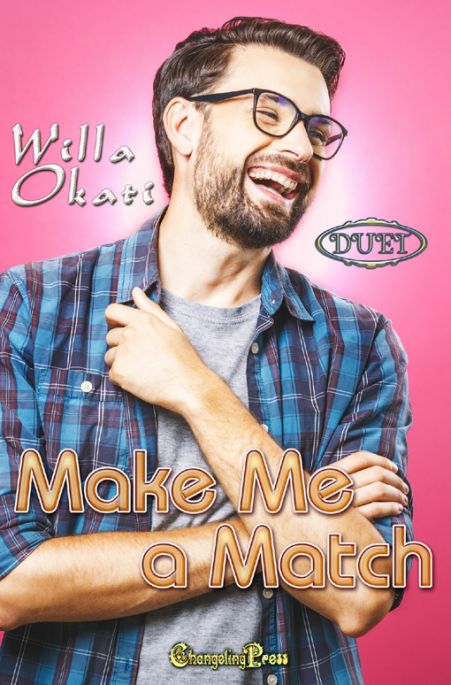 Rivals to friends to lovers and more — there’s much ado about you, you, you.

Open Cover Before Striking: Davis Carmichael doesn’t do love. He’d rather strip naked and crawl through a field of broken glass than give anyone that much control over him. The only thing he cares about is his journalism career. That is, until he meets Cristian Baranov, a die-hard Romeo with an uncanny knack for making connections and taming cranky wordsmiths. A man who breaks down Davis’s resistance with a sweep of his hand for just one night. Neither expected they’d ever meet again, but fate has other plans…

Best Laid Plans: Jefferson’s a serious-natured soccer star, and Teddy was born to party till the wheels come off. But they have more fun fighting with each other than they would kissing anyone else. Maybe — maybe — they’re falling in love. But when everything turns topsy-turvy, is their new alliance strong enough to save the day?

or pre-order for October 25th at retailers

Teddy retraced his path backward, down the three shallow porch steps and onto the sidewalk in front of 1514 Saltman Street. Dandelions and crabgrass grew through cracks in the pavement, and someone named BIG JOE had signed the concrete before it dried back in — Teddy squinted — 1983.

Teddy pressed the fingertips of both hands to his mouth as he craned his neck for a good look up at 1514. Two blocks away from the University of West Ioannes campus. Near enough to walk; far enough for independence. Red brick — the kind of red that made him think of sunsets and abattoirs — battered and chipped at the corners. Faded black shutters at every window. The wooden porch boards had been painted a dull slate gray and had gaps between them big enough to lose a quarter down. Straight-up house on the bottom floor, divided into two doll-sized apartments on the second floor. Climbing vines draped lushly over the walls. And it had balconies.

Yes and yes again. Teddy’s grin grew behind the lattice of his fingertips. He jigged in place, three steps of a Cossack kick that made his mop of coppery hair bounce over his forehead. It’s perfect.

He shaded his eyes to squint up at the balconies. Those were what had really sold him on the deal — well, he would have signed up no matter what to get out of the dorms, but anyway. When he’d been offered a chance at a different arrangement, he’d jumped at it. He’d imagined it would be nice, but this was the cherry on top. His own private balcony, where he could cozy up in a blanket in winter and leave his flip-flops wherever he pleased during the summer months. He’d bet it got great natural light. He’d been born to bask, and his full-body dusting of freckles proved it.

Did the balcony already have a chair, or would he need to scout one out at the Army Surplus? Teddy stood on his tiptoes, but he couldn’t be sure. The sturdy vines growing up the sides of the house made it difficult to see past them in places, so thick and verdant green that they had their own personality.

Teddy kicked off his shoes and wiggled his bare toes on the pavement, right over BIG JOE’s signature. The vines looked strong enough to climb, and he was a small guy. They ought to hold five-four and a buck-twenty-five. He tugged at a trailing green tendril to check and made a pleased noise in the back of his throat when they didn’t give way. They barely budged except to rustle at him in annoyance.

“Let’s see what we can see,” he said, reaching for a double grip on the vines over his head. “Up, up, and away!”

He almost made it halfway to the second story — not bad, personal record — before his left foot skidded off. Oops. He’d forgotten to account for natural skin oils on his soles and slipperiness from the warmth of sneakers in summertime. If it hadn’t been for that, he thought, he would have made it all the way.

The body-to-body collision jarred the fillings in Teddy’s molars, and the pair of sinewy arms that wrapped around his chest made his ribs squeak in protest. He flailed and kicked his legs backward and got his ass dropped on the sidewalk for his pains. Right on JOE. Oh, the humanity. “What the hell?” he yelped, looking up again at six feet of indignation framed in chestnut hair and bright-blue eyes.

“Jefferson?” Hastily, Teddy flipped his leather kilt down to hide the goods. “What are you doing here?”

“Saving your ass. Don’t bother to thank me.”

“I wasn’t going to,” Teddy said. He rolled to his knees and got up, dusting himself off. Jefferson! Of all the people. To say they didn’t get along — and never had — was like daring to suggest water might be slightly wet or that fire had the potential to burn. And they couldn’t ever seem to avoid each other. He was besties with the boyfriend of Teddy’s bestie, Noelani, which was just all kinds of swell. Everywhere he went, Jefferson poked his giant soccer head up, with his jock buddies in tow and his utter, absolute lack of a sense of humor and his stupid cologne-ad face.

Jerk. Teddy picked a stubborn dandelion fluff off his elbow. “What are you doing here? It’s summer session. You’re at soccer camp.”

Jefferson arched an eyebrow. He leaned his hip against the porch, his Ioannes tank clinging tightly to his pecs. Unlike Teddy, he tanned instead of burned. Freckles had never dared show their faces on his skin, no matter how much time he spent kicking little white balls around, broiling on a practice field. “Am I really? Look again. Unless you think I’m a figment of your imagination.”

“My imagination can do better than that,” Teddy said. Okay, maybe not much better. He could admit to an aesthetic appreciation for the benefits of good nutrition and plentiful exercise, and maybe some good genetics, but that was it. There, he drew the line. He lifted his chin. “Are you playing hooky or what?”

Jefferson ignored the question. He reached out to take one of Teddy’s hands, the move so surprising that Teddy actually let him do it — until Jefferson flipped it from back to front and wrinkled his nose. “Nice manicure. You and Noelani go to the same place to get your nails done?”

Teddy bristled up. He might be small, but he was a redhead, by God, and he had the temper to match. And it was a nice manicure. He jerked his hand back and flashed the nails, neatly shaped and trimmed and painted a sparkly blue, at the… the… oaf, finishing with the middle ones up. “I can get you a discount if you want. Nail Me Spa on Maple. I don’t know if they can do much for athlete’s foot.”

Jefferson chuffed a short breath through his nose and glowered at Teddy. “I was just saying. Jeez. Why do you always have to get all fired up?”

Teddy ignored his question with what he hoped was grand aplomb. Ooh, Jefferson always got him wound so tight. “What are you doing here?” he asked again, planting his feet on the sidewalk.

“What do you think?” Jefferson turned to pick up a duffel that’d been hidden in his shadow and hitched the strap over one shoulder. “I’m moving in.”

More from Willa at Changeling Press …