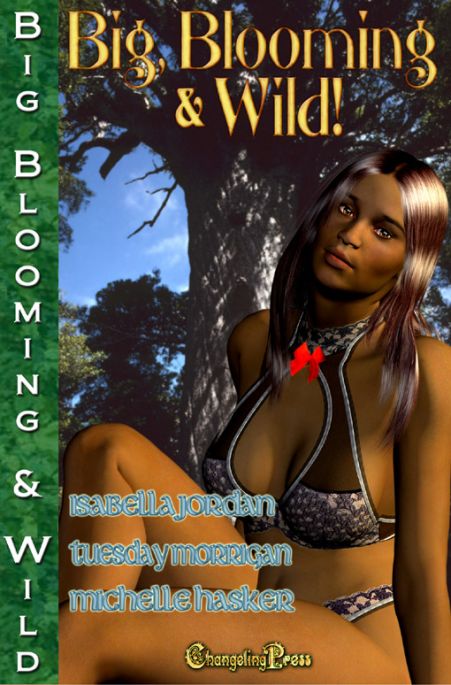 These trees have been waiting all their lives to find their women!

Suffering Sassafras by Michelle Hasker: When Gayle settles into her new home in the mountains in North Pennsylvania she meets two of the sexiest men she’s ever seen. These two have a sex appeal she can’t resist — until she stumbles upon them making love in their backyard.

Tied & Tempting by Tuesday Morrigan: Yahara does not do nature. As far as she is concerned, Central Park is all the green the world needs. Kauri does not like humans. They care nothing about the world that is their home. But he must mate. And with a human. Once he catches sight of the tall, dark-skinned full-figured woman that is Yahara, he decides humans aren’t so bad.

Two Fine for Pine by Isabella Jordan: Botans Charles and Christopher have found a wonderful home in Cana, Virginia. When Vanessa Arnault hits town, the twins know their woman has finally arrived — big, beautiful, and exotic. There’s just one problem. She has an idea for a signature line of puppy palaces and kitty condos for her affluent friends back in NY and Paris. Charles and Christopher must win her heart, and claim her as their mate, or risk being cut down and used to make a miniature Taj Mahal for her pet poodle Pierre.

or preorder for October 4th at retailers