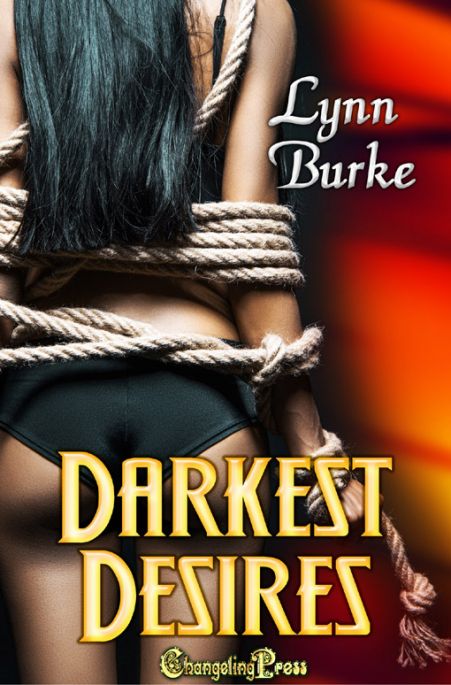 Don’t Give In: The dominance in the stranger’s eyes reminds Stacey Lahren of her secret, dark desires, and the lifestyle she once dreamed of. One she refuses to give in to. Will Stacey have the courage to surrender herself to Devon, or will her need for a safe life keep them from the one thing they both long for?

Don’t Hold Back: Kelly secretly crushes on the man who rides the elevator with her every morning. Jamison holds his own dark desires. He wants a collared sub, a woman to enjoy the mutual pleasure his ropes bring. He knows he can set Kelly free, but can she find the courage to submit her body — and heart?

As CEO of a prominent software company, I took pride in my self-control and stoic nature. Being a bastard had gotten me up the rung to where I sat comfortably behind a glass desk with windows overlooking Baltimore’s skyline. It had also earned me a nasty divorce a year earlier when my ex-wife took over half of what we owned, leaving me with a broken heart and near-empty bank accounts. At least a constant work load since then had gotten me closer to where I’d been before she’d attempted to wipe me out.

I studied my hands resting on my bare thighs. Springy hair tickled my palms. While the hair on my body remained a dark blond, the previous two years of hell had shot gray through the thick strands on my head and the scruff I couldn’t keep from lining my jaw.

Forty-three and already fucking gray. Wouldn’t help my chance at dating — if I ever got the balls to put myself out there again. I’d been celibate for over a year. Dead inside, unable to give two shits about anything but work, unable to get it up, too. I also didn’t have the energy to get involved, let alone think of dating.

Familiar exhaustion tugged on my eyelids, and I let them close while waiting for the Domme the club’s owner had booked me with for the night — Mistress Jaycie. A woman I’d never met, a woman I was going to let control me in whatever way she wanted.

Time to give over. Time to explore my lust for pain and hopefully float into that mysterious subspace I’d been reading about.

My dick twitched at the thought of pure, empty-headed euphoria.

Would the Domme I’d been paired with have a heavy hand? Would she be beautiful? Did I even care? I just wanted — craved — submission, the type that would erase the shit in my mind for a while and maybe get my rocks off.

My ex had been vanilla, same as I’d always been, and when I got the urge to introduce something new in the bedroom, she’d looked at me with disgust. Hell, I’d only suggested handcuffs and ropes, hoping she’d agree so we could eventually move on to what I really wanted.

No such fucking luck.

A click sounded as the door opened, and I kept my head and gaze lowered as I’d been instructed in the class. Awareness crept over my skin like an electrical charge as heels clicked on hardwood. My heartbeat accelerated. The subtle scent of oranges hit my nose as black leather stiletto boots came into my line of sight.

Hot as fuck. I bit back my groan as my cock thickened. I swallowed against sudden nervousness, something I hadn’t experienced since my teenage years.

“Hmm…” she murmured. The boots rounded to my left, disappearing in my periphery. “On your feet, slave.” Her low, husky voice prickled my skin, bringing my dick to full attention.

More from Lynn at Changeling Press…

Lynn Burke is a full time mother, voracious gardener, and scribbler of hot romance stories. A country bumpkin turned Bay Stater, she enjoys her chowdah and Dunkin Donuts when not trying to escape the reality of city life.