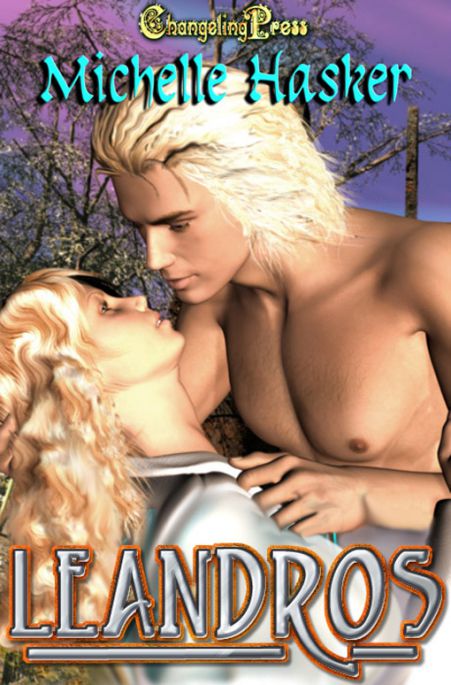 Cade knows Sairah is his mate, but she’s been raised on Earth. What he doesn’t know is how to convince her she’s not only an alien, but a lion shifter, as well.

When Matt’s best friend and boss finds a mate, it means a lot more lonely nights for him — until he meets Stacey and realizes his mate has been right under his nose the whole time. But a man with a past like his and no future doesn’t deserve a woman to love him. If only the sexy, stubborn woman would take no for an answer.

Jacob finds himself on trial for a crime he hasn’t committed… yet. Even worse? With his mate under suspicion, only one thing can save them now. The whole truth.

pre-order at retailers for April 26th

Sairah moaned and rolled on her back as hands slid over her. Questing hands that had explored every inch of her body for the past few months. Hands that brought her to the pinnacle of desire and thrust her into orgasms so intense she woke entangled in drenched sheets.

But she wasn’t asleep. Not yet. She’d just closed her eyes when the sweet scent of magnolias drifted into her bedroom. How is this possible? Can he be real? Is tonight the night he fulfills my fantasy? God, I wish!

Opening her eyes was out of the question. He might vanish and she’d be left alone. Again.

Sairah gasped as nimble fingers pinched her nipples until they hardened. Tingles raced through her body as her lover worked his magic. He brought her to the edge, then changed tactics and drew her back to that edge time and again, not letting her crest. All coherent thought fled.

With a moan, she arched into his touch, praying this time she’d find release. Her mouth opened wordlessly as shivers raced up her spine. Sairah fisted her hands in her sheets and turned her face, burying it against her pillow. The urge to demand he fuck her was almost overwhelming.

The sound of a baby crying pierced the air, bringing her out of the fantasy with such force she fought to catch her breath. Her pussy ached, and her nipples were swollen buds.

Sairah sat up with a gasp and looked around. All trace of her lover had vanished, but the scent of the blossoms remained. Had he really been here?

Another wail brought her out of bed before she could contemplate more about the realistic dream. Sairah tugged on a pair of jeans and a T-shirt as fast as she could. She pulled on her sneakers, grabbed a flashlight, and ran outside.

What is a child doing outside at this time of night? And behind my house no less!

The sound brought back memories she’d rather have left buried. A neighbor’s child had been four when she’d wandered out of her backyard and into the forest. By the time they found her body she’d been missing for days. If she could prevent something terrible from happening to someone else’s child, she would. No matter the cost.

Sairah dodged a thorny branch and delved deeper into the forest. The warning her neighbors gave her last week when she moved in raced through her mind. Never go into the woods. Especially not alone, and never at night. Evil lurks in there.

Sairah heard the cry again and shivered, suddenly cold. Worry and fear urged her deeper into the trees. She squeezed between two oak trees, trying to follow the narrow path that led from her backyard into the dark woods. At least the full moon gave her some light to see by, but the trees and bushes hid rocks and roots that slowed her progress. It was no wonder people disappeared in here. They probably wandered in circles until they starved to death.

She didn’t know what evil they spoke of, but if there was even a slight chance that a child could be in danger, she would risk it. Her life would be a small price to pay to spare a family from the agony of losing their baby. She didn’t have much to lose anyway.

The sweet scent of magnolias tickled her nose, reminding her of her dream man. The tall, blond man who set her flesh on fire and ignited desires that terrified her in their intensity. In her dreams, a group of strangers surrounded them as he cupped the side of her face and pressed his naked body against hers until she woke quivering with need.

Suddenly everything grew quiet. Sairah snapped out of her daydream with enough force to make her stumble. While she crouched and rubbed her stinging palms on her jeans-clad knees, she listened to the eerie silence. Usually a predator caused a silence such as this. Maybe the stories of wild cats were true. Cats didn’t frighten her, but dogs did, and there were also rumors of wolves in these parts. Sairah would rather take her chance with a cat any day.

A twig snapped on her left. She turned slowly, hoping it was just a squirrel. On the ground a few feet away she noticed something small and unmoving. It lay in the shadows, making it difficult to identify. She shone the flashlight at the area but couldn’t make anything out.

As Sairah stepped closer to it, the scent of blood and feces grew stronger until it became unbearable. She pinched her nose to shut out the offensive odor. Sairah nudged the small furry mound with her foot. The head rolled to the side so that lifeless black eyes stared at her from the familiar face of a raccoon.

Sairah released her nose and covered her mouth to stifle the scream that rose in her throat as she backed away from the dead animal. What had done this?

A growl came from her right. Sairah turned with as little motion as possible, and looked for the source of the noise. She spied a dark shape under a small pine tree. A large, grotesque wolf-like creature crept forward and stopped just outside of the shadows. At least she thought it was a wolf. It was larger than any she’d ever seen either in captivity or in the documentaries on television. Its beady black eyes were focused on her, sending shivers skittering up her spine, and not from the cold this time.

When the creature took another step toward her, panic flared as the moonlight illuminated it. Long, black hair covered it from the top of its head to the tip of its tail. Its ears stood up as if it was listening to something. Sairah held her breath and listened, but the only sound she could hear was the thundering of her heart as it slammed in her chest.

The ears lowered and its mouth opened, revealing large, white teeth. Teeth that dripped with fresh blood. Her heart leapt in her throat as she turned and ran, fear overriding common sense as she fled through the forest, the giant wolf right on her heels.

Sairah pushed her body to its limit, ignoring her burning lungs and calves. She raced through a thorny bush, scraping her arms and legs through her jeans and T-shirt as the briars snagged her.

After tearing herself free, she continued to run. Twigs snapped beneath her feet. Branches smacked her face and caught in her hair. She didn’t know if it was her imagination or if she really could feel the creature’s hot breath on her neck, scorching her sensitive flesh, but either way she didn’t stop to check.

The panting sounds the wolf made grew closer each time she stumbled. Unable to stop herself, Sairah chanced a look behind her and tripped. The flashlight flickered and went out when it hit the ground, bounced and skittered away. She went down hard, landing on her left arm. Sairah cried out as intense pain swept through her.

Cradling her arm close, Sairah tried to stand up, but tripped on the root again and fell back down. A low growl reached her ears, and Sairah looked up into the evil eyes of the beast less than five feet away.

In slow motion it rose on its hind legs and walked toward her as a human would. Bones and muscles shifted until the creature resembled a hairy man with a long, narrow face.

“My God,” she gasped and tried to push herself backward in the cold, damp leaves.

It was a werewolf. Only, those creatures weren’t supposed to exist. They were bedtime tales or movies made to frighten people. How could this thing be real?

A half-human, half-wolf hand closed around her ankle, claws digging into her flesh. She felt around in the dirt with her right hand until she found a stick. She prayed it was long and sturdy as she lifted it out of the leaves and stabbed at the beast with it. The werewolf howled in pain as she slammed the stick into its face. Temporarily free, Sairah scrambled up and ran as fast as she could, praying the moon would go behind the clouds so the creature would revert to full human form. Or was that just something made up for the movies? Her thoughts veered to the fantastical as she ran for her life.