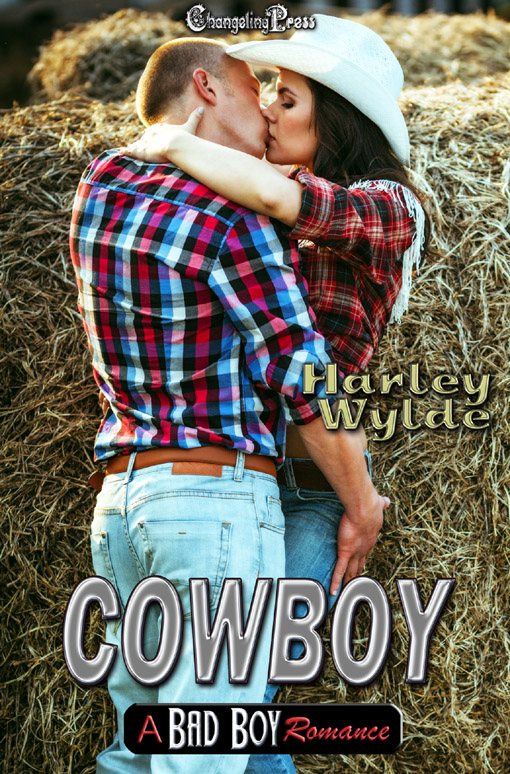 Jacey’s my everything, and I will do anything to keep her safe.
Even go back to the Dixie Reapers.

Jacey: Marrying Beck was a mistake, one I can’t get away from no matter how much time passes. I can’t leave him. It’s not just that running might cost me my life. I have no idea what he would do to the kids if I weren’t here to protect them. I can’t leave them vulnerable to a monster like him. I’ve never once strayed from Beck, even when he’s broken bones and done unspeakable things to me. My life is one never-ending horror movie. But now I have Ty… he’s everything I’ve ever wanted in a man, and I’m not sure I’m strong enough to walk away.

Ty: The beautiful, sweet mom who comes to my ranch has a haunted look in her eyes that I want to chase away, and bruises she tries damn hard to hide. Kissing her might have been a mistake, but maybe it wasn’t. I’ve wanted Jacey Lane since the day I first saw her, and knowing her husband abuses her just infuriates me. Ty the cowboy might not be able to do much of anything, but Cowboy the Dixie Reaper sure as hell can. If keeping Jacey safe means I need to go home, then so be it. My brothers will stand beside me and help me guarantee that Beck Lane never draws another breath.

WARNING: Domestic and sexual abuse are mentioned. There’s some violence. And yes, there’s sex. Lots of consensual, hot, over the top sex. If you aren’t up for a romance that deals with the darker side of life and will steam up your e-reader, then you should give this book a hard pass.

His lips were warm and firm against mine. I couldn’t remember the last time I’d truly been kissed, and I’d never had a kiss as memorable as this one. The feel of Ty’s arms around me, his strength, made me want to melt against him. His tongue flicked against my bottom lip and I opened, letting him in, needing to taste him. Ty fisted his hand in my hair, not tight enough to hurt but just enough that it turned me on.

I hadn’t felt desire for anyone in a really long time, or had anyone desire me. His mouth devoured mine as he walked me backward until I pressed against the wall. I could feel the hard ridge of his cock as he pushed his hips tighter against me, and my panties grew damp. I wanted to rub against him, to beg for more. I hated to admit that I’d never had an orgasm, not even self-induced. How pathetic was that?

But I had to put a stop to it. This. Whatever it was. What we were doing wasn’t right, no matter how much I wished it could continue. I’d let things go too far, and I knew it. My only excuse was that Beck had been in rare form last night, even worse than usual. I lived with a monster, a man who made me do horrible things and wouldn’t hesitate to end my life. I was terrified of him, with good reason, and I was trapped in a nightmare. Just once, I wanted a moment of happiness. A few minutes where I was desired and treated with care. Didn’t make it any less wrong, but I could never regret this moment with Ty. I’d gladly burn in the eternal fires of hell for just this one taste of Ty, to have him hold me just once.

Pulling away, I placed a hand on his chest. His heart was thumping every bit as hard as mine. It was the first time we’d crossed the line, and it would have to be the last. My heart ached as I fought to say the words that would bring it to an end. I wanted him, more than just physically, but I knew it could never happen.

“I know, but I couldn’t resist anymore. Do you know how long I’ve wanted to kiss you?” He moved his thumb in a slow caress along my jaw. “Ever since our eyes met that first time, I knew you were special.”

He snorted and ran a hand through his hair. “I’ve met your husband. You can do better. And I honestly wouldn’t call what you have a marriage. More like a hostage situation. You and I both know you’re just too scared to leave him.”

“Be that as it may, we’ve been married for twelve years. We have two kids! It’s not like I can just walk out.” I knew it was a feeble attempt at putting things back to friendship level. Guilt ate at me. Even though I didn’t love Beck anymore, hadn’t for a long time, I was still a married woman. At least on paper. I hadn’t had a true marriage with Beck in a really long time, if ever. What Ty said was true. I was scared shitless to leave the monster I’d married. I’d tried it before and paid dearly. I wasn’t sure I’d survive the next attempt.

“That isn’t a good enough reason to stay married, Jacey. You were only eighteen when you met Beck, just out of high school. People change. I know you aren’t the same, though I have my doubts Beck was ever anything other than rotten to the core, and it’s time you moved on. You can’t tell me you’re happy with him.”

I knew the feelings I’d been developing for Ty were wrong. At least, by society’s standards they were. In my heart, I knew that the love I felt growing for Ty could never be anything but incredibly right. He was just so sweet… so good to me. Far different from the way Beck treated me. There were times I’d close my eyes and imagine what life would be like if Ty were my husband and not Beck. It was the only way I could stay sane, to take a trip to another world, even if it was only in my mind. A place where the man lying next to me loved me and treated me right. Not someone who left bruises and humiliated me. No one knew about the pictures and videos. Or I didn’t think they did. It was stupid to daydream about a life with Ty maybe, but it helped.

His jaw firmed. “I’ve seen the bruises. I know you try to hide them, but I don’t understand why. He should be in jail. Men like him don’t stop with one hit, Jacey. If he’s done it once, he’ll keep doing it.”

Ty was right and I knew it, but that didn’t change the fact that I was legally married, and I couldn’t afford a divorce anytime soon. And it wasn’t just the bruises. Beck’s depravity went way deeper. Regardless of how it looked, I stayed to protect my children. Beck had threatened to take the kids if we ever split up. I was sure he’d do it, too. To the rest of the world, he was a hero, the type of man you could count on and call in an emergency. That’s the Beck the public saw. No one knew what he was like behind closed doors. I knew a very different Beck. I knew the monster. The man who would make his wife pose naked so he could sell the pictures online, minus my face of course. Couldn’t have anyone finding out what he was up to. I’d refused once, and only once. I hadn’t been able to leave the house for nearly a week he’d beaten me so badly. After that, he’d started taking videos and selling them. I was beyond humiliated. It was one thing to do that sort of thing because you wanted to, and another to have it forced on you, and by the man who was supposed to love and cherish you.

“Please understand, Ty. There’s nothing I can do right now.”

Or ever, for that matter. If I tried to leave, he’d haul me back and beat me again. Maybe next time he’d kill me. Then my kids wouldn’t stand a chance. At least I could do my best to shield them when Beck went into one of his rages, which happened more and more frequently. And as long as he had me to pose for his little side business, then I didn’t have to worry about him using our kids. I didn’t think for one second that he loved our daughter and son. I wasn’t sure Beck was even capable of the emotion. Whatever mental issues caused his problems, they were getting worse and I worried that he’d be completely unstable soon. Not that he’d admit he had a problem, and he’d somehow lied his way through the psych evaluation for the department.

Ty sighed. “You know I love Jackson and Danica like they were my own. It eats at me knowing the three of you are with that asshole.”

I smiled. Ty was amazing with my kids, and not just because he spoiled them rotten. He had befriended them, and had even let the kids ride the stable mounts free of charge. Both of my children had fallen in love with horses, just like I had as a little girl. And I worried they were falling a little in love with Ty too, much like their mom.

“Those kids took to riding like ducks to water. They earn their keep, helping with the horses. Hell, I wouldn’t charge you for Reaper, but I know you wouldn’t accept my offer.”

I looked away, feeling a flash of insecurity. Money was a touchy subject for me. Beck gave me enough to cover the stable fees for Reaper each month, and to buy groceries. Honestly, I didn’t know why he let me keep Reaper, except it made him seem like a doting husband. If I needed clothes or shoes, I practically had to beg for them. He always seemed to have plenty of money for whatever he wanted, though. Like a new gun, a night of partying with his friends, or anything else that struck his fancy. Wouldn’t surprise me at all if he bought some time with prostitutes, although I didn’t know why when he’d just take whatever he wanted from me. He didn’t know that I asked my doctor to test me regularly for STDs in case Beck gave me something. After Jackson was born, I’d also been sneaking birth control so I wouldn’t get pregnant again.

“I should be paying you for their riding lessons,” I said.

“I don’t want your money, babe. If I need more money, I’ll go back on the circuit.”

“Do you think I want to see you get hurt?” I cupped his cheek, moving in close again. His crisp, clean scent teased my nose, and I wished I could burrow into him. When his arms had been around me, it was the safest I’d felt in a long time. I’d give anything to feel that every day…