She’s an angel and I’m a Devil. There’s no place for us in this world,
and yet I still want her.

Meg – For ten years I suffered at the hands of a monster, bought at auction and forced to be a slave, at the whim of a Colombian drug lord who also ran underground fights. Then the Devil’s Boneyard came to rescue one of their own and I was free. I don’t know who I am anymore, or what my purpose is. I only know one thing. Cinder, the President of Devil’s Boneyard, makes me feel safe and that’s something I haven’t felt in forever. But one kiss and I’m seeing him in a new light, and I know that one kiss will never be enough.

Cinder – Meg’s a sweet girl, a little angel who tends to sing and distract me as she cleans my house. I never said she had to pay for her keep around here, but she insists. She’s easily thirty years my junior, which makes me feel like a sick fuck every time I get hard around her, especially after all she’s suffered. Then I royally fucked up and kissed her. Now that I’ve had a taste, I want more, even though I know we’re doomed. A threat to my club, and to Meg, has her under my roof 24/7 and I have no idea how I’ll keep myself from giving into temptation. Whoever leaked her information to The Inferno is going to pay in blood. Even if I haven’t claimed her, Meg is mine, and I always protect what’s mine.

WARNING: Scorching hot sex, a club President who isn’t afraid to inflict some violence on his enemies, and a woman who discovers she’s stronger than she thought. Please be advised there are mentions of physical and sexual abuse, as well as human trafficking of teens, even though nothing is described in detail. 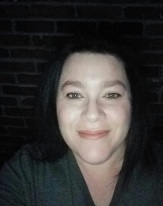 You can follow Harley on Amazon, Twitter, or Facebook. Get New Release notifications (for US readers) by following Harley on BookBub! Want to talk more about the Dixie Reapers or other Harley books? Join the Wyldlings on Facebook!