Think werewolves aren’t real? Tell that to the those
who find themselves captives to the Zante pack… 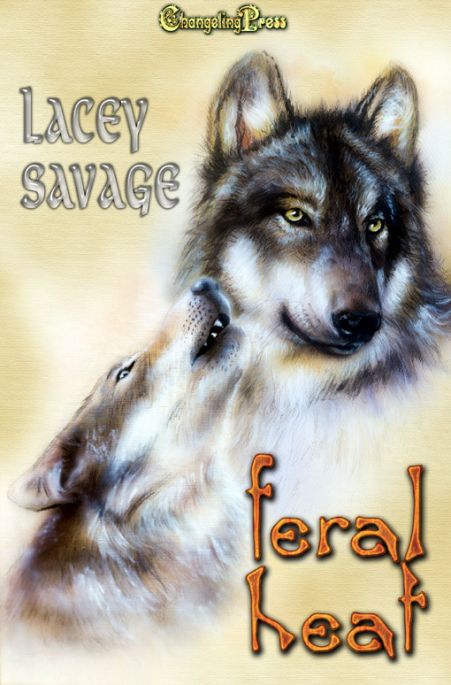 Tell that to the four women and one man who find themselves captive to the whims of the Zante pack’s males. Fierce, mythical, and sexy-as-sin, these delightfully debauched wolves guide their lovers through a journey of seductive exploration. Whether newly discovered or rekindled, their relationships are as passionate as they are.

And the women can give as good as they take. From a fairy bent on revenge to a vixen determined to destroy the pack, they’ll all discover that getting caught is its own reward.

Wild and dangerous, menacing and exciting, otherworldly and naughty to the last…

The men of the Zante pack will make a believer out of you.

Eve chuckled in her ear. “See anything interesting?”

“Men. Lots and lots of men.” In fact, Angelina had never seen so many good- looking men gathered in one place. All skin colors, body types and nationalities mingled with one another in front of rides with names like “The Big One,” “One Eyed Monster,” and “Long and Lean.”

“I guess it’s true what they say,” Eve offered in a playful tone. “If they’re not taken, all the good ones are definitely gay.”

“Suddenly, I’m starting to think that’s not such a bad thing.” Only inches away, two of the most delicious men Angelina had ever seen engaged in a passionate kiss. Their lips parted, allowing their tongues to sweep and come together in a dance that lit Angelina’s already flustered libido on fire.

“It’s been too long since anyone’s kissed me like that.” Her voice held a hint of melancholy she tried to mask without much success.

“Griffin was a fool.”

Angelina had trouble disagreeing with Eve when she had a point. Yet, she couldn’t help the way her gut twisted at her friend’s words. “He wasn’t all bad.”

Reluctant though she may have been to admit it, Angelina couldn’t hide the fact that she still cared for him, especially not from Eve. Seeing his smiling, arrogant face in the Sunday paper when the announcement for tonight’s fireworks display made the news had brought back all kinds of memories she wished had remained buried.

“Sure he was,” Eve argued. “How else do you explain the fact that he took everything? He’s taking credit for your work, Angelina, even now.”

“He had the most perfect ass,” Angelina countered. “No man with such a hot ass could be all bad.”

Eve laughed, shattering the tension that sizzled through their small communication device. “And a really big cock.”

“What?” Eve asked innocently. “You bragged.”

The rest of her words caught in her throat and disappeared on a sharp intake of breath. Standing outside the dark opening to a ride called “Blow Me Away,” Griffin Taylor looked surprisingly comfortable in dark pressed pants and a soft white shirt that clung to his muscular shoulders like a second skin. Six-two, broad-chested, and built like a football player, Griff had never really blended in with the scientists and chemistry professors they’d hired to work for Incendiary Enterprises. Yet here, among a multitude of stunning men who mercilessly teased, fondled, and brought each other to the heights of flirtatious ecstasy, her former lover seemed to have found his niche.

Desire swept through her, quickly burrowing between her legs. Her pussy throbbed with recognition.

Griff looked up, his eyes scanning the crowd. Full, sensual lips pursed in concentration. Angelina’s breathing stilled, though she knew there was no way he’d recognize her from that distance, especially in the biker outfit and the damnable beard.

“Eve,” Angelina murmured, trying to keep her lips still as she spoke into the tiny microphone, “we’re on.”

Excerpt from Firecracker: Chemistry to Burn