A reluctant mate won’t stop me from saving my sisters.
Who needs a man when I can be a pirate? 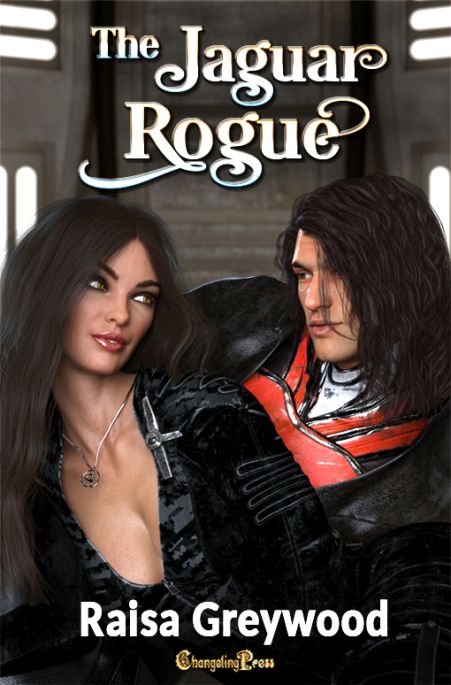 After an exhausting and dangerous journey from my home in Brazil to Atlanta, my sisters and I join the exodus of refugees emigrating to Ximera. Though my sisters both find mates, mine is unwilling. I try not to take offense, knowing my little family will be safe — even my brother, though he will find no mate.

We are stolen from under the noses of those who sought to protect us. My jaguar and I take… offense. Once those who took my sisters and me are destroyed, I meet someone who will change my life forever — and I’m not talking about a mate. A young woman makes me an offer I will not refuse. It’s the one chance I have of finding my family. It’s a bonus that I get to tweak my unwilling mate’s tail at the same time.

But my mate is going to catch up with me soon. I can’t escape him forever, and I’m not sure I want to. I just need to keep him at bay long enough to find my sisters.

I jiggled the stick in our father’s old Piper Navajo, praying the old crate would hold herself together long enough to get to the ground in one piece.

It had been one thing to scavenge parts to put the Navajo back into service, then gather enough fuel for my brother Zeusef and me to take a few short practice flights. We’d both had a lot more confidence than our limited skills deserved.

Zeusef had sworn the aircraft would survive the trip from Brazil to Atlanta, and I’d thought flying would be a simple matter of takeoffs and landings interspersed with hours of boredom as I flew the Navajo north.

“It’s fine, Soledad,” Zeusef said. “We’re almost there, right?” He pointed out the windscreen, ignoring the worrisome ticking that had developed in the engine somewhere around Managua.

I was too busy keeping us in the air to answer. It wasn’t Zeusef’s fault he’d been sickened by radiation poisoning in Bogotá and couldn’t see to fix whatever ailed the ancient plane. I’d been too busy scavenging to pay much attention to what he did under the engine cowling.

As I flew into the darkening eastern sky, the air traffic grew heavier. Strange craft swept by our plane, hovering to watch as if we were some strange bird. I wanted to fly one of them. Before she’d started to fail on us, it had been pure joy to pilot our little craft. How much better would it be to take control of one of those elegant metallic birds? I turned our plane in a circle to approach the airport, then throttled back to set up for landing. Several of the strange crafts were parked along the edge, making me realize the airport was well used. I prayed I didn’t hit any of them on the way down.

The engine clunked and died, nearly jerking the stick from my tight grip. Cursing, I set the ailerons and prayed we were close enough to glide in.

We were coming in too fast, but there was nothing I could do. Without an engine, I couldn’t go back up for another try. Gritting my teeth, I said, “Hold on to something. This isn’t going to be pretty.”

The aged tires squealed as I touched down and braked hard. With a sharp pop, one exploded under us and I cursed as our plane jerked to the side, throwing me against the windscreen as it spun. The left wingtip touched the pavement, snapping away with a crunch of metal as our plane continued sliding down the runway.

People in black uniforms poured from silvery buildings to watch my ignoble crash. Fortunately there probably wouldn’t be a burn to go along with the landing. We were running on fumes, and there wasn’t enough gas in the tanks to light a candle.

Finally, the plane stopped. I looked up and winced at the trail of debris I’d left along the runway. The old girl had made her last flight. My head shot up at the sound of a knock on the window.

An older human male grinned at me, his browned teeth flashing in the waning light. I cracked the window when I heard muffled words.

I nodded and looked back at my siblings. Zeusef was pale and sweating, still sick from the poison, but Ursula and Tereza looked fine.

“I haven’t seen one of these old Navajos in ages! Where are you coming from?”

“Brazil. Is this Atlanta?” I asked.

“Yes, ma’am! Can’t believe y’all came this far. Are you here for the exodus?”

I climbed from the plane and helped Zeusef out. Tereza followed, but her nose wrinkled at the faint hint of toxins. It was better than most of the places we’d found on our journey, but Atlanta wasn’t healthy.

“Is there a place to find food?” she asked.

“Yes, ma’am. The Ximerans are feeding anyone in need.” Lifting his hand, he pointed at a metallic structure some distance away from the airfield. “There’s a canteen set up over yonder, and a public bath house with clean water if y’all want to wash up before you eat.”

“That’s very generous of you. Thank you for your kindness, sir.” Ursula smiled, making the man flush a deep red.

He cleared his throat and peered at Zeusef, then said, “Med tent is next to the canteen. Looks like your friend could use it.”

“Thank you, sir.” I wrapped my arm around Zeusef’s waist as Tereza supported him from the other side. He could barely stand, much less walk any distance. I ignored the stares of the people in black uniforms, but wondered if they were the Ximerans we’d seen flying over what was left of our rainforest home.

I wasn’t exactly looking for a mate, but Tereza and Ursula were. We didn’t even know if they would be compatible with shifters, and there was no one to ask. It was possible they wouldn’t accept us at all if they learned about our jaguar natures, so we’d decided to keep our cats hidden.

An older male wearing a respirator greeted us at the entrance to the structure housing the Ximeran hospital. Despite the gray threading through his dark hair, his body was fit and very large. He towered over me by at least a foot. Without a word, he hoisted Zeusef into his arms, then carried him inside.

We followed him, but were stopped at the door by another alien, larger and much younger than the first. I shut my mouth as my fangs grew.

“Where are you taking our brother?” Ursula demanded.

“Tremak,” the older alien growled, “get the females fed and to the exodus authority so I can get to work.”

“We’re not leaving,” I said. “Not until you tell us what’s wrong with Zeusef.”

His gaze softening, the old male set my brother down on a bed and covered him with a sheet. “I’m Chief Medic Ulrek. Your brother will be fine, and I promise no harm will come to him.”

“But we don’t want to be separated,” Tereza said.

“You won’t be. But I need to focus on him without you three hovering over me like carrion birds.”

Tremak ushered us out of the structure and I shivered at the damp cold seeping through my thin jacket. “I’ll take you to the dining tent. After you eat, we’ll go to the testing facility for a blood draw. We’ll know tomorrow if you’ve been matched.”

Raisa grew up in traveling all over the world with a military family, but finally settled down and married the love of her life. After nearly a quarter century together, she and her husband are still very much in love. They even hold hands in public! They share the house they bought as newlyweds with a pair of irascible cats and a big red rescue horse. Of course, the horse doesn’t come inside, silly people.

She’s worked as a teacher, an actuary (her husband called her a bookie – which isn’t too far from the truth), mother, scout leader, and is now enjoying semi-retirement.

Despite the fact that her last formal English class was during the Reagan administration, Raisa has always been a voracious reader and decided to try her hand at writing. While those first efforts were pretty awful, she enjoys refining her craft and she hopes her skills improve with every book she writes.