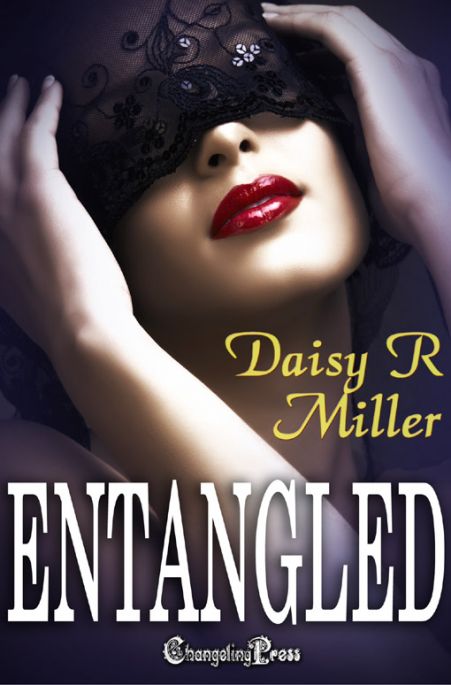 Can Sienna learn to navigate the world of pleasure in pain as photographer Hunter Shaw’s submissive?

The Contract: Sienna, a copywriter at a New York advertising agency, faces her most difficult project when she’s assigned to oversee a video shoot run by talented photographer Hunter Shaw. A spark of attraction leads Sienna into unfamiliar territory when Hunter propositions her to become his submissive.

The Bond: Under Hunter’s guidance Sienna explores the limits of her body through their electric chemistry. However, the true nature of their relationship remains a secret, forcing Sienna to hide a piece of herself from her friends and colleagues. Can their love withstand any test, or will the pain caused this time be too great?

“What have you been told about Shaw Productions?”

I thought over what I knew. “I know that we’ve engaged them on numerous projects, that they’re award winning, and that they have a knack for producing exceptional work.

“And what do you know about Hunter Shaw?”

“Only that he runs Shaw Productions and he’s known for being very talented.”

“He’s also known for being difficult,” Vivienne added. “Sienna, you need to be aware that he is notorious for wanting absolute control on his set. We’ve tried to send a member of our team in the past and he’s disregarded them completely. He intimidates people. This shoot will be a challenge, but it’s a big opportunity for you. The concept was your vision. Here is your chance to see it through.”

I held my head high despite the bundle of nerves now coiling in my stomach. I hadn’t expected to be put into that type of challenging situation by myself. “I understand. I can do this,” I said as confidently as I could manage.

“Good luck today, Sienna. Call me if anything goes wrong.”

I stood and left Vivienne’s office, feeling doubt creep into my subconscious. I was not being sent based on my abilities, it was because no one else wanted to go. I had heard rumors about temperamental directors shouting at junior staff or treating them like they weren’t worth their time. Would that be my fate today?

I pulled in a deep breath as I left the office and got into a cab, ready to review my notes on the way over. I had been hired at Impact Marketing straight out of college top of my class five months ago, and had worked too hard and spent too many late nights to lose momentum now. I wouldn’t let rumors about a difficult director throw me off-track.

I arrived fifteen minutes early and walked into the building. Inside the studio people milled around a coffee machine while the final touch ups were being made to the sets. The space was bigger than I had imagined and there were more people than I expected. I needed to speak with Hunter to introduce myself and make sure we were on schedule. I saw an older man holding a camera, pointing at the set and giving instructions. I gripped my clipboard and walked towards him extending my hand. “Hi, my name is Sienna Rowe. I’m with the marketing team at Impact. Are you Hunter?”

I heard a voice behind my back. “No, he’s my assistant, Jacob. Who are you and what are you doing on my set?”

I turned around and was surprised by the man that stood in front of me. He looked like he was in his mid-twenties, much younger than I expected the owner of a production company to be. He was also distractingly attractive with a powerful presence. He towered over me, his dark hair slightly messy against his forehead. He was wearing a light grey dress shirt. The color complemented his pale blue eyes. He took another step towards me and raised an eyebrow expectantly. I blushed when I realized I was staring at him while he waited for me to speak.

“I’m Sienna, um, with the marketing team? I’m here to oversee the shoot.”

“Nice to meet you, Sienna, but as I told your boss, I don’t need anyone to oversee my shoot. I’ll have the first cut to you later this week.”

Hunter walked past me, the matter clearly settled in his mind. Dumbfounded, I spoke to his retreating back. “But this was my concept and I want to see it through.”

Pivoting smoothly on his heels, Hunter turned and caught me in his gaze. I gasped and took a step back.

“I have your notes, I have your shot list. I have everything useful that I need from you and I’m prepared to do my job. The job that your company has enlisted my services to do. Do you not trust me to do my job?”

The room had fallen as silent as a tomb, everyone watched us. I hated that he was speaking to me in such a condescending tone, that he was dismissing me when I needed to be there. My career and reputation were on the line. “I’ve never worked with you before, Hunter,” I offered as an explanation, feeling small.

“But you’ve heard of Shaw Productions? This is my company. I’m Hunter Shaw, and if you know anything about my reputation you’ll know that I produce only the best work.”

I pressed my hands to my side to stop them from shaking. I couldn’t go back to the office. This was my chance to prove myself. “I don’t doubt that, Hunter, but like I said, I’ve never worked with you before. So if you don’t mind, I’m going to stay and oversee the shoot.”

People were whispering in the corner. I met his gaze and spoke clearly so that everyone could hear me. “Then I’m staying anyway.”