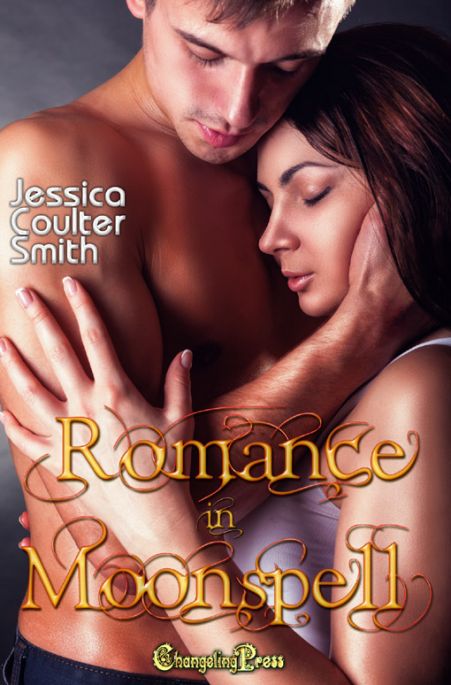 Bellamy Crawford aches for the touch of her mate. Wolves and cats might not mix in the animal kingdom, but his heated gaze tells her that this kitty shifter will be more than welcome in the big, bad wolf’s bed.

Reika sucks at being a fairy, but she still tries… one botched spell at a time. Who knew setting your home on fire could have such yummy results? One look at wolf shifter Jax, and she wonders what else she can send up in flames.

Lacey escapes a mental institute and a killer, only to run straight into the arms of hot dragon shifter, Draco Coldstorm. The sexy fireman, known for putting out fires, is definitely setting her ablaze. But with a killer on her trail, does she really have time for love?

Available in Paperback too!

Seaton McCullough hunkered down outside the dilapidated cabin in the woods, his gaze focused on the front door even as he listened for his fellow trackers to catch up. They’d tracked their prey across five miles, half of which was in a thickly wooded area on the outskirts of Moonspell. Once they’d picked up the scent, it hadn’t taken them long to follow the trail. The idiot hadn’t even tried to mask his offensive odor, his cologne thick and cloying, with an underlying scent of stale sweat, fear, and desperation. It was the fear that stood out most.

If the man thought he was desperate now, just wait until he had three wolves knocking down his door. He’d made a fatal error when he’d absconded with one of the Crawford girls, daughter of the most respected black wing in town.

Seaton looked over his shoulder as Xander approached on silent feet. Silent to a human, anyway. To Seaton, his friend sounded like a herd of buffalo crashing about. If it weren’t for Xander’s exceptional nose, he never would’ve made it as a tracker. The man was a hulking giant, making it harder for him to blend in when he wasn’t in wolf form, and even then he was huge. And yet, he managed to be one of the best trackers the Moonspell pack had, aside from Seaton and their friend Evan, who was lurking somewhere nearby in wolf form.

“‘Bout time you showed up,” Seaton said softly. “I was starting to think I’d have to come after the two of you.”

A wolf edged between them, giving Seaton an annoyed look.

“Evan, you go around to the back; make sure he can’t escape. Xander and I are going to go through the front. One of us will nail the bastard while the other checks on the girl.”

“What do you know of Ely Crawford’s daughter?” Xander asked.

Seaton shrugged. “Only that she’s in trouble. He has a passel of them, all teenagers I believe. I’m honestly not sure which one we’re after. All I know is Hayden said jump and I asked how high.”

Xander snickered. “I think we pretty much all did. He and Ely go way back.”

Seaton sighed. “All right. Let’s do this.”

Evan moved stealthily forward, creeping around the back of the cabin. As the wolf disappeared around the corner, Seaton and Xander approached the door, both men moving silently. Standing on the porch, they could hear a man inside, ranting, screaming, and the softer dulcet tones of a woman. Perhaps Ely’s daughter was no young miss, after all.

Seaton gave Xander a nod and the other man kicked the door in, storming into the cabin. Fast on Xander’s heels, he watched as his friend chased after the lunatic who’d thought he could capture a shifter, barreling down the hall after him. Seaton scanned the room, his gaze coming to rest on a young woman tied to a bed, her hands and feet bound. Moving quickly, he released her, rubbing the circulation back into her limbs and helping her sit.

Her hair hung in a long braid over one shoulder. Brown wisps had come loose and hung in disarray around her face. Her features were delicate, her nose small and pert, her lips full and sensual. Eyes stared up at him the glittering green of emeralds, eyes that tipped ever so slightly at the corners. Cat’s eyes. Even in her rumpled state, she was stunning.

He grinned. “My name is Seaton, and I’ll be your rescuer today. My partner, Xander, is the one who just ran after your captor, and my other partner is around back making sure he doesn’t escape.”

“My papa sent you, didn’t he?” she questioned.

“Actually, my alpha did. I believe your father went to him for help.”

“Yeah. Can you stand? We need to get you out of here.”

A smile hovered at the edges of her lips. “If you’ll just bring my chair over, I’ll be happy to get out of this bed.”

She pointed across the room. His gaze followed the direction of her finger and noticed a small wheelchair in the corner of the room. He looked at the black contraption then looked at his petite damsel in distress again. Surely she couldn’t mean…

“No. I can stand for brief periods of time, but walking is excruciating so I avoid it as much as possible. Even when I do walk, I can’t go very far. Across the room is about it.”

Instead of retrieving the chair, he lifted her slight weight into his arms and carried her across the room. Gently setting her in the chair, he watched as she situated herself. It still baffled him that someone who looked so perfect would be confined to that wheeled contraption. And a shifter at that! Of course, as a raven she could always fly and didn’t really need to use her legs for much, but still, it was horrible to even think about. What would it be like to be trapped forever, never being able to run with the pack? A shiver raked his spine.

Grasping the handles on the back of the chair, he wheeled her through the front door and onto the porch, where he promptly stopped and surveyed the area. How in the hell had her captor brought her here? The trail they’d followed had been over rough terrain. Surely he hadn’t pushed her chair through that! Her body would be bruised from the bone-rattling force of some of those dips and large tree roots running across the path, but Seaton knew they’d come through the woods. He’d followed the scent himself. He pulled out his phone and turned it back on. Dialing Hayden, he waited patiently for his alpha to answer.

“Do you have her?” Hayden asked by way of greeting.

“She’s safe. But we have a problem. I can’t get her out of here, not without a vehicle.”

“Tell us where you are and I’ll bring her father.”

Seaton looked around. “We’re in the middle of nowhere. I’ll turn on the GPS in my phone. Have one of the tech guys track it.”

“Done. Just sit tight and we’ll be there soon.”

Seaton disconnected the call and wheeled his beautiful companion down into the yard. Setting the brake on her chair, he moved around beside her, watching as she tilted her face toward the sun and inhaled the clean, sweet air scented with pine.

“You know my name but you never told me yours,” he prompted.

“Bellamy?” he asked. It was unusual, but it seemed to suit her.

A blush suffused her cheeks.