Melena has power to wield, but is she woman enough to guide Valerian into betraying Vicktor? 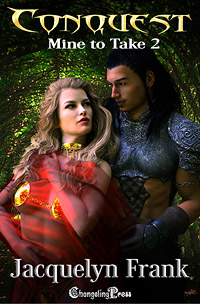 Valerian sat staring out his window. In his hand he held a missive from the Eastern Plains, where the Moglu rebels were stirring up more unrest. It was hard to subjugate a people when their heroes continued to elude capture. People were looking to the rebels’ leader, Grulon Ni Coro, to free them from tyranny. But in a twist of fate, a stunning unintentional victory, Grulon Ni Coro’s blood sister was now in Valerian’s harem.

He wondered what Grulon would do if he knew his sister Melena was shisha to Valerian — if he knew she was becoming willing and compliant for him. If he knew Valerian was going to strive to make her love him one day. He was unlike his brother in that way. Vicktor felt fear led to ultimate control. Valerian desired domination as well, but on a completely different level. He preferred loyalty to fear.

Valerian folded the missive and snapped his fingers sharply. A servant appeared at his elbow. “Take this and place it on my table, directly in front of my chair.”

“Yes, Sir,” the small female said softly before taking the letter and hurrying to do as instructed.

It did him no good to sit here and mull over things he could not control. Vicktor was not one of those things. Valerian had learned to manage his brother. It took a certain skill to do so. It took a man willing to spend all his time and energy balancing on the precipice between doing enough and going too far.

And do what? What would or could he do? Turn against his brother? Try to become emperor himself? No. He did not want that mantle. It was too heavy. He was his brother’s general, a cunning tactician who had yet to be bested in any undertaking. One day a better tactician, a better soldier, would be brought to bear against Valerian. Oh, what a worthy battle that would be. He longed for that. A worthy battle. What he did now, for his brother, was not so worthy. He invaded the lands of innocent people, killed their men, and enslaved their people. All under his brother’s commands. Were it up to him…

But it wasn’t up to him. What he needed was a worthy diversion.

He needed something fresh and exciting. Something new.

He whistled sharply, and another servant popped up beside him.

“Tell Anajou to prepare Melena for my pleasure tonight.”

“Yes, Sir.” The servant hastened off to do as instructed.

Valerian crossed the room to his bed and eyed the room critically for a moment. He wanted to make certain he had everything he needed. He wanted to know he could take his time with his new shisha, the latest lady to join his harem.

He had his favorites. His top three were the harem mothers, the women who cared for and guided all the other shishas — Anajou, Daria, and Hassa, the original three who had begun his harem. The three of them had been a gift from his brother on the day Vicktor’s first child, a daughter, was born. Valerian had not been allowed to keep a harem until that birth five years ago. Even though he had a harem now, none of his women was allowed to get pregnant and give birth until one of Vicktor’s shishas finally gave birth to a son, thus securing the succession of his empire.

Valerian pulled open his top dresser drawer, withdrew a key, and unlocked the chest at the foot of the bed. Unlocked, but did not open it. He knew what was in there. He would access the contents a little later, after Melena had been brought to him.

He smiled to himself when he thought of Melena. She was full of fire and defiance. But now, after spending a day and a night in his company, she was softening. She was confused. She didn’t know what to make of the situation she found herself in. He needed to gain her trust. In order to do that he needed to keep the promise he had made to her to find her sisters and bring them to her in safety… provided they were still alive and could be found. That was his next task. He could tell just how special she was. She could be very important to him. Yet trust was needed on both sides. It would take a lot for him to come to trust her… if she could be trusted. He didn’t know her well enough yet. But she showed incredible promise.

First he must break her down. Not break her will. He wouldn’t want that. Her will was one of the most beautiful things about her. He must break down the walls that stood between them. Walls like her hatred for his people. Her inherent mistrust of men… something she might not even realize she had. He wasn’t sure yet. He needed to break through this idea she had that giving in to him would be the same as losing herself. That was going to be the tricky part.

Get Your Copy Today