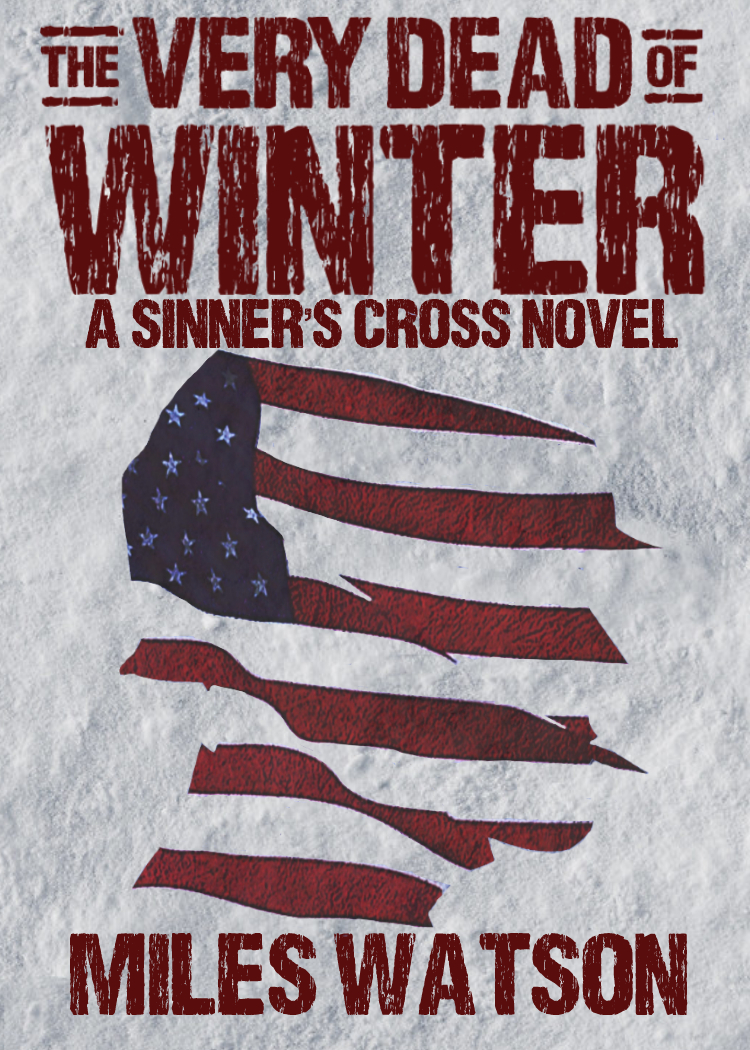 On the eve of what will be known as The Battle of the Bulge, the survivors
of Sinner’s Cross are scattered all over Europe. Halleck, the tough Texan
who drives men like cattle, finds himself surrounded in the snow-blanketed
forests of the Eifel Mountains riding herd on greenhorn soldiers; Breese,
the phony hero with a chip on his shoulder the size of Rushmore, embarks on
a bloody mission of redemption behind enemy lines; Cramm, the one-eyed,
one-armed German staff officer, tries to balance duty against his lust for
vengeance against those who crippled him. Three men separated by war will
once again converge… in The Very Dead of Winter.

Winner of the Literary Titan Gold Medal and the Pinnacle Book Achievement
Award. 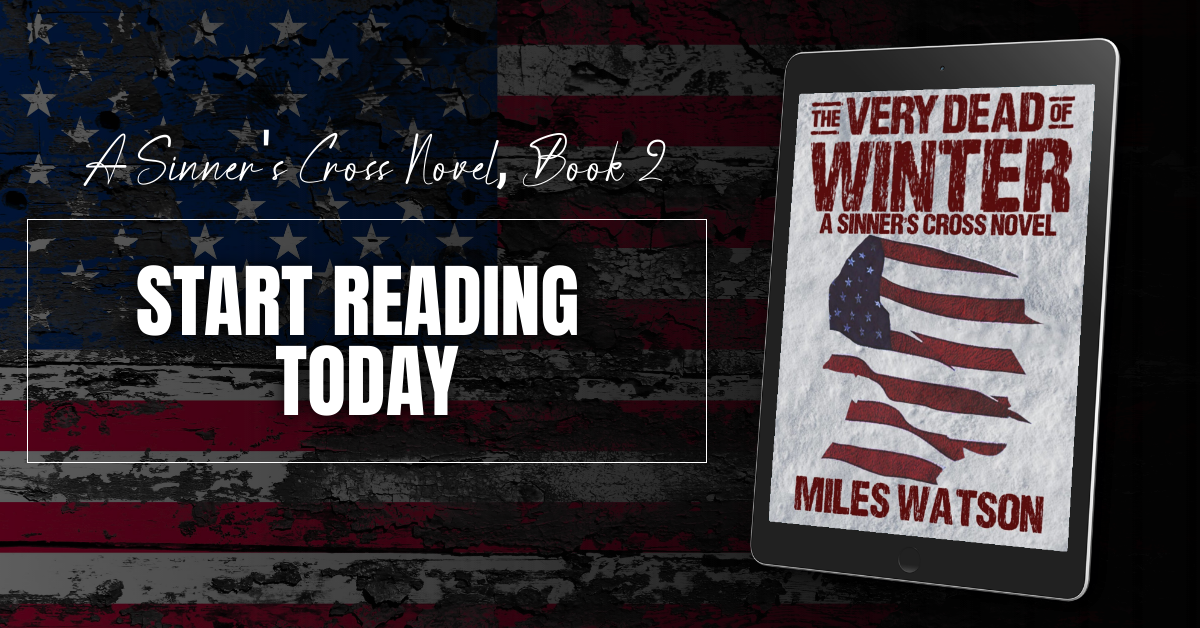 Walking with the careful, foot-weary step of convalescents or the elderly, the two men started through the rubble-choked streets for the Regimental command post. King patted all of his pockets for gum, a process that took perhaps a minute and involved the shifting around of his sling, bandolier, and several pineapple grenades, but he came up empty. “Sometimes I wish I smoked,” he said ruefully.

“Dirty habit. Never cottoned to it myself. Besides, a man who don’t smoke can always do a little horse-tradin’ with his ration.”

“And here I was, just giving those Chesterfields away like a sucker.” King fell silent for perhaps a minute. Another buzz bomb scudded overhead; both men screwed up their faces at the hideous noise of its engine, but neither raised their gaze. It required too much energy. When the sound of it had faded, the lieutenant said, “What the fuck are we doing here, Top?”

“In Europe? Well, I dunno about you, but I got this funny letter from the President sayin’ that I had to report to the courthouse so they could swear me in as a soldier, and next thing I knew—”

“Funny guy. You always joke after a battle?”

“You handled yourself pretty good back there.” Better than I did, goddamn it.

“I got us ambushed.”

“You were just along for the ride, Lieutenant. The teedee captain in the lead tank was the one to blame, if anybody is; and he’s dead, so there ain’t no sense blamin’ him. But hell, if you got the need, blame the Krauts; they’re the ones’t killed him.”

“You want to say ‘simply’ you just come on out and say it. But for the record, I don’t see as how complicatin’ things helps anybody. A man’s got a problem, he goes to a buddy, or a preacher, or maybe his barkeep; he don’t go to his grandma’s sewin’ circle. One question needs one answer.”

“Now that is simple.” 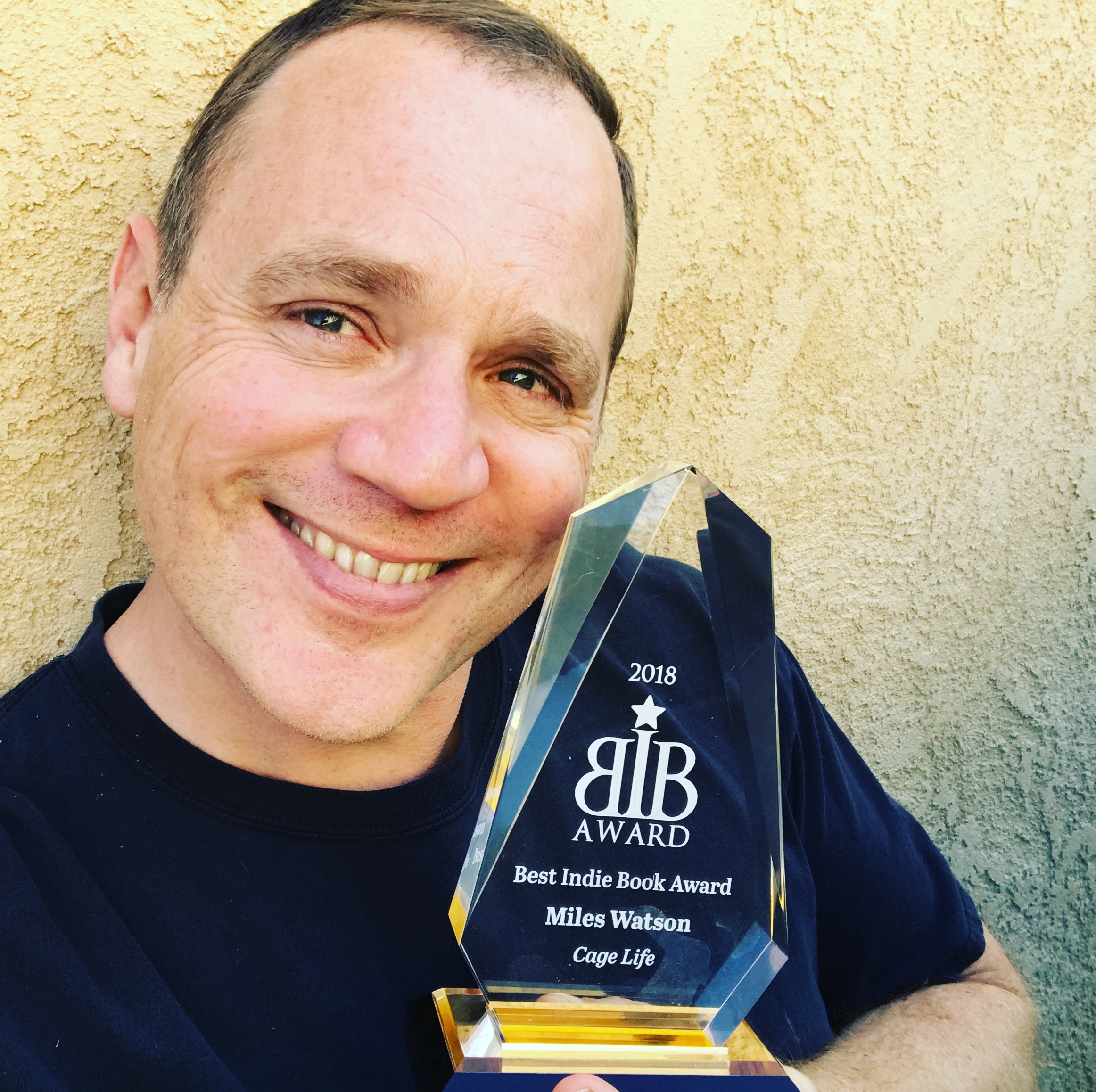 Miles Watson is the x15 award-winning author of the CAGE LIFE and SINNER’S
CROSS book series as well as the short story collection DEVIL’S YOU KNOW. A
veteran of both Hollywood and law enforcement, his first and last passion is
writing, and he intends to publish in every genre before he cashes in his
chips.