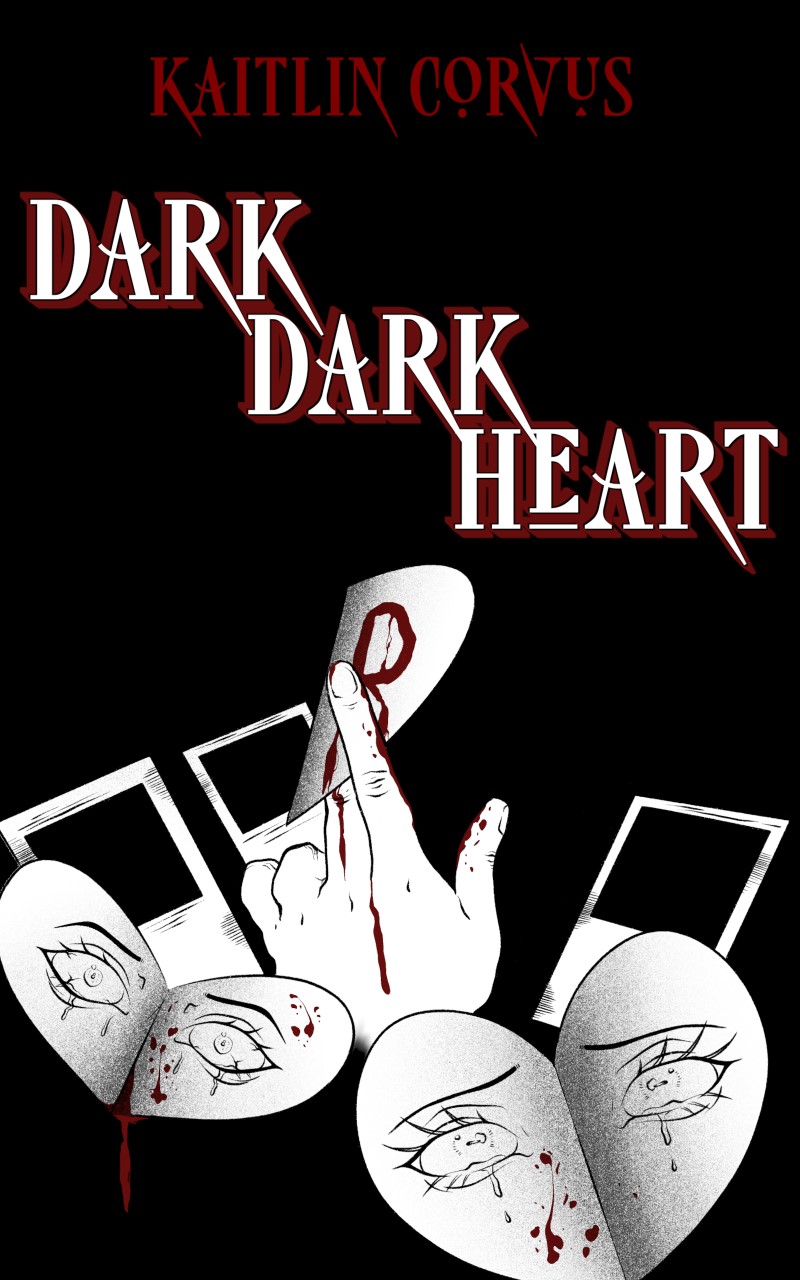 A killer hunts the humid streets of Sadie, leaving a calling card at the
scene of each crime: a black construction paper valentine. The victims, each
carefully chosen, are left the same way, broken and heartless.

Haunted by the ghosts of the dead, Rina Henley will stop at nothing for
truth and justice, but in her quest, she has brought the spotlight to her
and now plays a dangerous game of cat and mouse.

Summer Lin, Rina’s roommate, thinks of herself as the Vanishing Girl.
When things get rough, she can disappear like a ghost herself, and promises
Rina she can help her disappear, too. After all, she’s been on the
fringes for weeks now, to escape the ugliest of truths.

As the summer simmers around them and Sadie is gripped by terror and
tangled rumours, twisted love notes and secrets bring Rina and those closest
to her to the very brink of destruction. 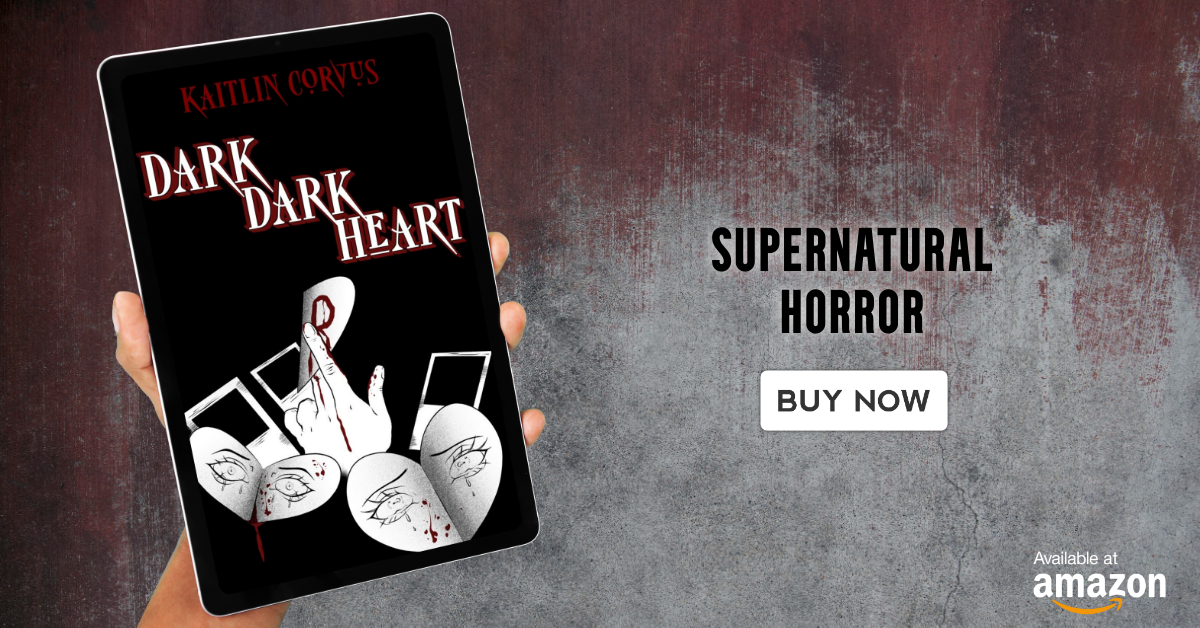 Humidity sticks to Rina’s skin like melted caramel. The sun has slanted in the sky, blazing down on her with its midday intensity, encouraging sweat to roll down her neck, over her collarbone, and into the collar of her limp shirt. She ruffles the material at her waist half-heartedly. Inside is air conditioned, but she’s reluctant to go in. The house feels like a cage. She didn’t like it as a child and has even less time for it these days. The garden is the only space she can tolerate, even if that means physical discomfort.

Small stones dig into her thighs and ankles as she crosses her legs and leans over her phone. The news plays out of her speakers, and on screen, a peppy reporter gushes about a high school band winning first prize at a local competition. Rina can see her heart isn’t in it, though.

Her smile is obviously fake, breaking away between this story and the next like autumn leaves leaving their trees. The way people can turn their emotions on and off is chilling. Rina tries it herself, smiling wide and then shutting down. She wants to be just like them. Sunny, sunny, sunny, and then either a slate of impenetrable grey clouds, or a storm front. That’s power. Not money. Not words. Total control over what your face and body are doing.

“—when the body of another girl was found this morning in East Mill Park in the Greater Sadie Area,” says the reporter.

Something shifts at the edge of the garden: a glob of cold darkness, vaguely human-shaped, mostly featureless. Rina ignores it. It doesn’t help to look at it; it disappears under her attention every time.

The reporter continues. “Police have yet to release details but a person close to the victim has stepped forward and revealed their identity as twenty-three-year-old Molly Asher, a teaching assistant at Sadie University.”

Rina squints to get a better view of the crime scene over the reporter’s shoulder. The woman stands at the edge of East Mill Park, as close to the police barricade as she can get.

Around her, people crowd every inch of grass and lean against the police tape. Police urge them back to preserve the integrity of the scene.

The wind blows, throwing the reporter’s hair back over the shoulders of her smart business suit. Far behind her, a small, black blob wobbles in the thin tree branches. Rina can just barely make out the rounded curves of the top of the paper valentine. It’s black, like the one before it, neatly cut, and unadorned except for the golden letter M that will be at its centre, seen once someone secretly snaps a picture of its face and blasts it all over the internet. M for Molly.

M for a murdered girl. This is number two. The case was odd when Samantha Brown was found, a paper valentine swinging over her unseeing eyes. Now it’s turning diabolical.

A pair of detectives move beneath the valentine, one tall, blonde, and built, the other dark haired and lean. They overlook the evidence strewn on the ground. Yellow markers are placed in the dry yellow grass. Rina’s imagination tries to take a turn toward the morbid as she considers what those details are.

Inside the house, the front door opens and closes. Rina sinks in on herself, trying to be small and unobtrusive. She hates that she does this. Hates that she hopes he won’t check the backyard today. Hates that this is the place she always goes to escape.

The grey form under the lilac tree gets solid for an instant, as if puffing up. This time,  it seems to say, this time I’ll be more substantial. This time, I’ll scare him away.  Rina can’t help it; she looks toward it, though she knows she shouldn’t. She gets the impression of thin shoulders, thin hips, and thin hands before it disappears like fog on a lake.

“—still no evidence of forced sexual contact, leaving investigators to wonder what, exactly, is the motivation behind these killings,” the reporter still prattles on. Rina barely hears a word the woman says. She wishes the phantom would come back and really try to scare him the way they used to scare her when she was young and didn’t understand that they couldn’t hurt her.

The back door swings open and there he is in his blue herringbone wool peaked suit, looking immaculate despite the heat. Rina fixes the hem of her shirt around her hips as he sits down on the patio table in front of her and looks at her with eyes the exact same shade of brown as her own.

“You saw they found another body,” he says in greeting.

“I guess so.” She folds her phone into her palm. The screen is hot from the sun.

“Two girls were killed the same way. It’s looking like a pattern.” He acts like she hasn’t been paying attention.

“Okay.” Rina hunts for an escape route. With him blocking the way in front of her, the house behind masquerades as a sanctuary.

She rolls her lips together to catch her annoyance. “He’s in the next town over.”

“There aren’t that many kilometres between us.”

He’s trying to scare her. Rina meets her father’s eyes. She doesn’t like the way they’re big, genuine, and soft. “I thought you weren’t allowed to give any details?”

“I’m not. But when my daughter is at risk, I’ll tell her what she needs to know to keep safe.” He takes her hand as he speaks and squeezes. She squeezes back because that’s what daughters are supposed to do. “Don’t go into the park by yourself or out after dark. Don’t talk to strangers. Don’t wander around the city on your own.”

“So don’t live my life,” Rina says before she can stop herself.

“Not until the killer’s caught, no.” He palms her face, taking her by the chin and studies her intently. She holds her breath as he leans forward to kiss her cheek. His moustache pricks her skin. “I worry about you, Rina.”

She waits for something worse but thankfully, it doesn’t come. He stands, returning to the house.

Rina unlocks her phone again to watch the reporter for another few minutes. The story is over. Now she’s talking about a strong summer storm that might break the humidity for a day or two.

Rina sighs and faces the house. Its stone and brick exterior is modern and well-kept.

There are topiary bushes, trimmed, and expansive gardens that receive a weekly weeding. Most of the doors are French and stained glass. The whole thing is carefully cultivated to provoke awe and envy. She hates it.

Gently, she opens the door and pokes her head in. The main floor seems abandoned. The aroma of freshly brewed coffee permeates the house.

She closes the door quietly and tiptoes up the stairs, into her bedroom. Here, the air is icy, in direct contradiction to the storm of summer outside.

Her laptop comes alive with a whirl of its expensive fans, her printer, too, chugging and buzzing. Rina searches the internet for the article on Molly Asher and the newest screen caps of

the reporter’s initial account. Just like she thought, someone has already captured a picture of the black heart waving like a limp, ominous flag, and zoomed in on it. It looks like a homemade valentine, but where all the red is supposed to be, it’s been dipped in darkness, dark, dark, dark like the deed it represents. A calligraphy gold M shines in the centre where the killer has marked this valentine for his victim, just like Rina thought. She wonders how long he’s been studying Molly Asher; she wonders if Molly knew him. She wonders if Molly screamed, or scratched, or bit him before he wrung the life from her.

Rina hits print and then uses a pair of sharp scissors to carefully cut the heart from the paper and meticulously pastes it in her little scrap book of macabre things. Some of its pages are choked in poetry, some are crowded with short stories she’s never finished. Most, though, are pictures of murdered girls and their murder sites. The very first page belongs to her mother, homage to the life that was stolen from her during a grocery store robbery that happened when Rina was just ten. All the ones that come after are victims like her, girls surprised to find themselves in dangerous situations, or tricked into their demise. Rina knows she should stop, but once you start something like this, it acts like an addiction, and is just as difficult to quit.

She clears her browser history and hides the scrapbook back beneath her mattress. She recycles the cuttings, then listens. She can hear her father on another conference call in his office down the hall. That should keep him busy for an hour, hopefully. The director for the Community and Public Affairs section of the Raker Police Department gets no rest.

Rina tiptoes to the bathroom and locks herself inside. She peels her clothes from her body and glances at herself once in the mirror. The girl staring back at her curls her nose when she looks at all her pale skin, her full body, the love handles she can’t seem to shed, the pouch of her stomach she can wiggle when she pinches it. Something anxious and displeased rears its head in her and struggles to get out. 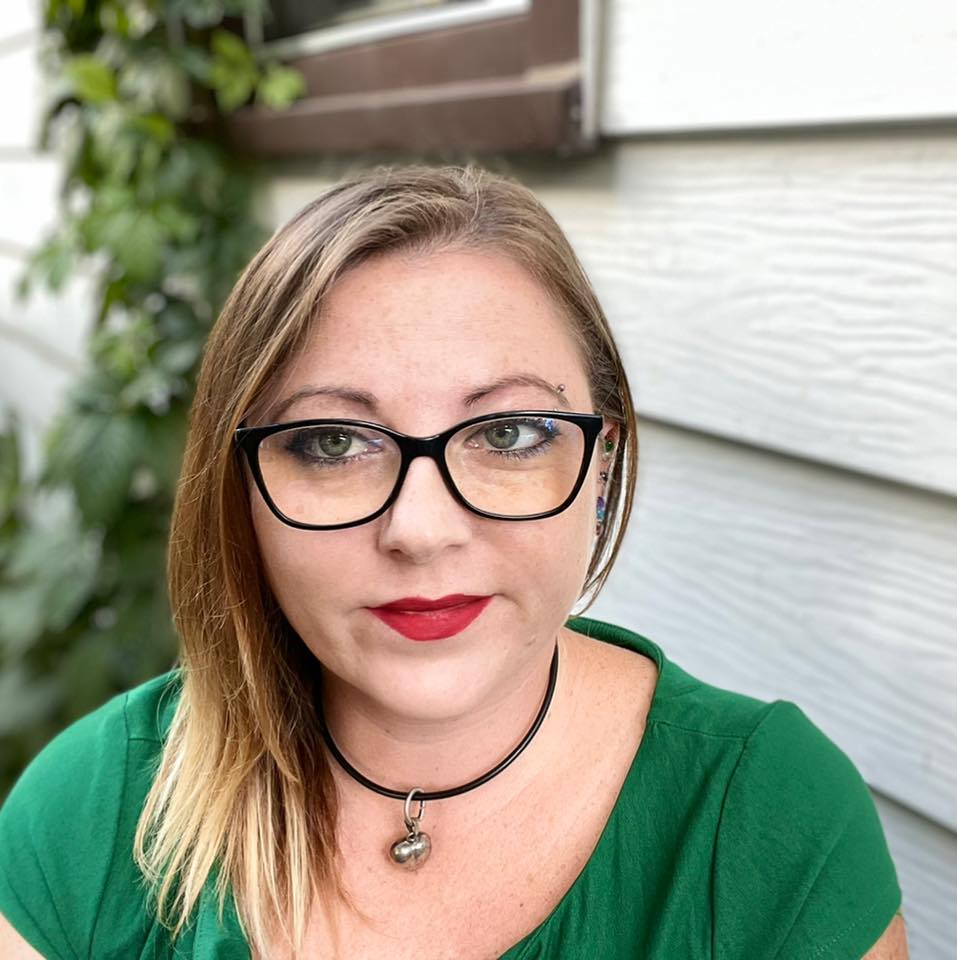 Kaitlin Corvus is from Ontario, Canada. The north holds the best part of
her. She writes about nobodies, monsters, and gutter glitter, loves the
stars, the deep dark sea, and a good horror mystery.