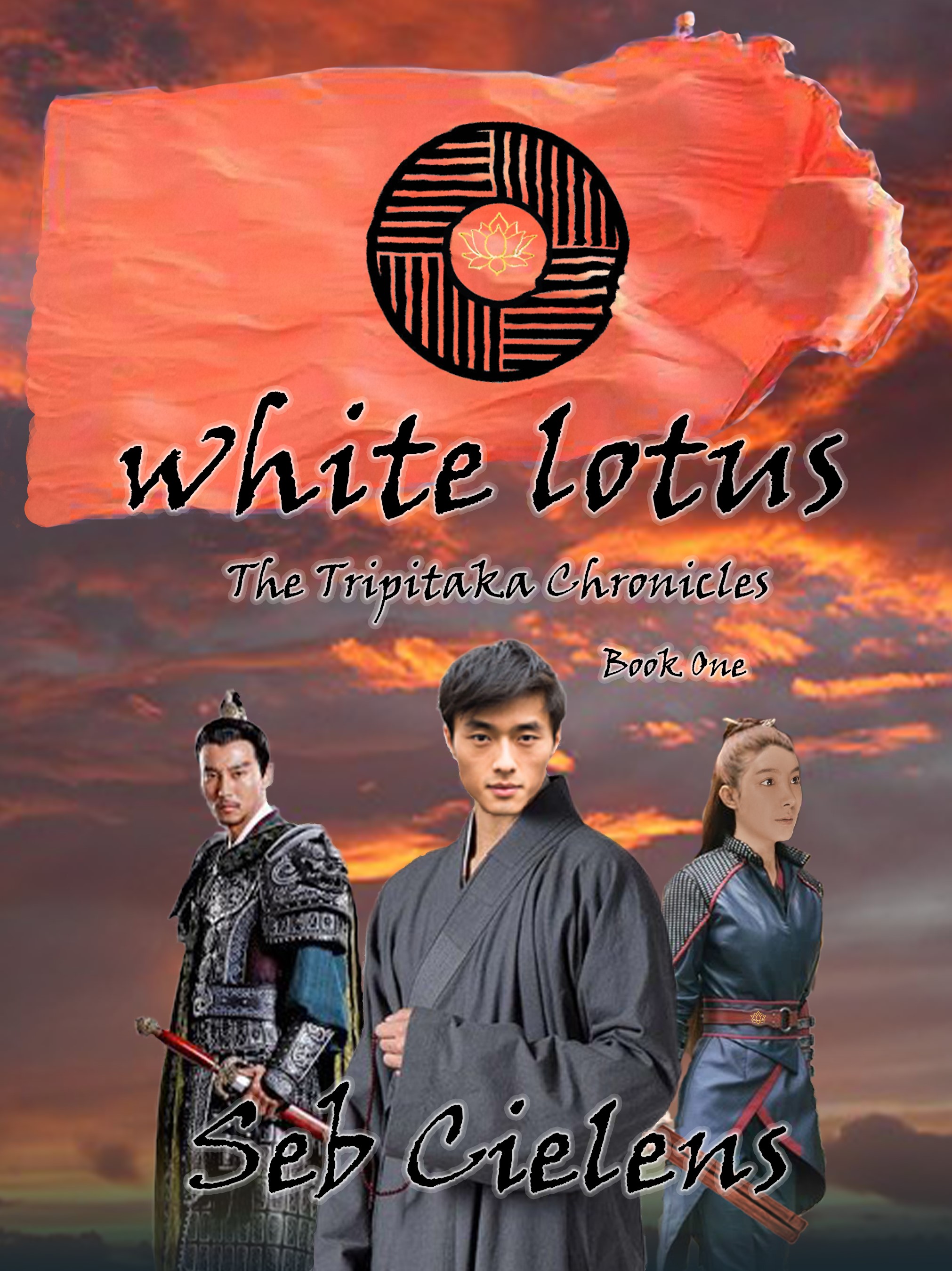 Book 1 of The Tripitaka Chronicles

The year is 1799, and a woodblock engraved with a mysterious message is unearthed near a Korean temple. A novice monk, Kyetsu, is sent north by the abbot on a mission to deliver it to the king. On the journey he meets a great warrior, the leader of a secret society called White Lotus. Kyetsu will need all the help he can get, as there are powerful forces working against him. He must learn the deadly martial arts style practiced by the White Lotus and must look for help in unlikely places. The fate of the kingdom is at stake.

“I am traveling north,” Kyetsu said.

“North? Where?” The man looked out into the bleak night.

Habit made Kyetsu pause but something told him he could trust these people. “To Hanseong.”

“Hanseong!” The man shook his head in disbelief. “That is some way from here. Tell me then, which way is north?”

Kyetsu looked in every direction before his shoulders slumped.

“I’m not sure.” Chui might have been right. He had not the faintest hope of making it to the capital.

“The black tortoise,” the woman said. Her wavy hair and round cheeks offered a warmth that drew Kyetsu in and made him feel at ease.

“What?” Despite having surrendered to the woman’s maternal glow, Kyetsu had no idea what she was talking about.

“The black tortoise.” She rested a hand on his shoulder and pointed toward the horizon. “Can you see it?”

“No.” He looked up at the clear black sky, filled with countless stars, trying to glimpse at what she pointed to.

She waved her hand in a smooth, swirling motion, tracing a pattern in the stars. “It is locked in an eternal struggle with the snake.” She now traced the serpent, wrapped around the tortoise in fierce combat. A gasp escaped from Kyetsu, and the man chuckled.

“I can see it.” Kyetsu felt as though he were taking in the heavens with new eyes.

“Follow the tortoise,” the woman said, “and you will always find your way north.”

“Is that how you travel,” Kyetsu said, “by the stars?”

“You can count the starry nights on one hand this time of year.” The man laughed, shaking his head.

“Sometimes.” The woman tsked at the man before offering Kyetsu a smile. “But a road is often easier to follow.”

“When you can find one.” The man laughed again, nodding in the direction of the wild mountains beyond the camp. 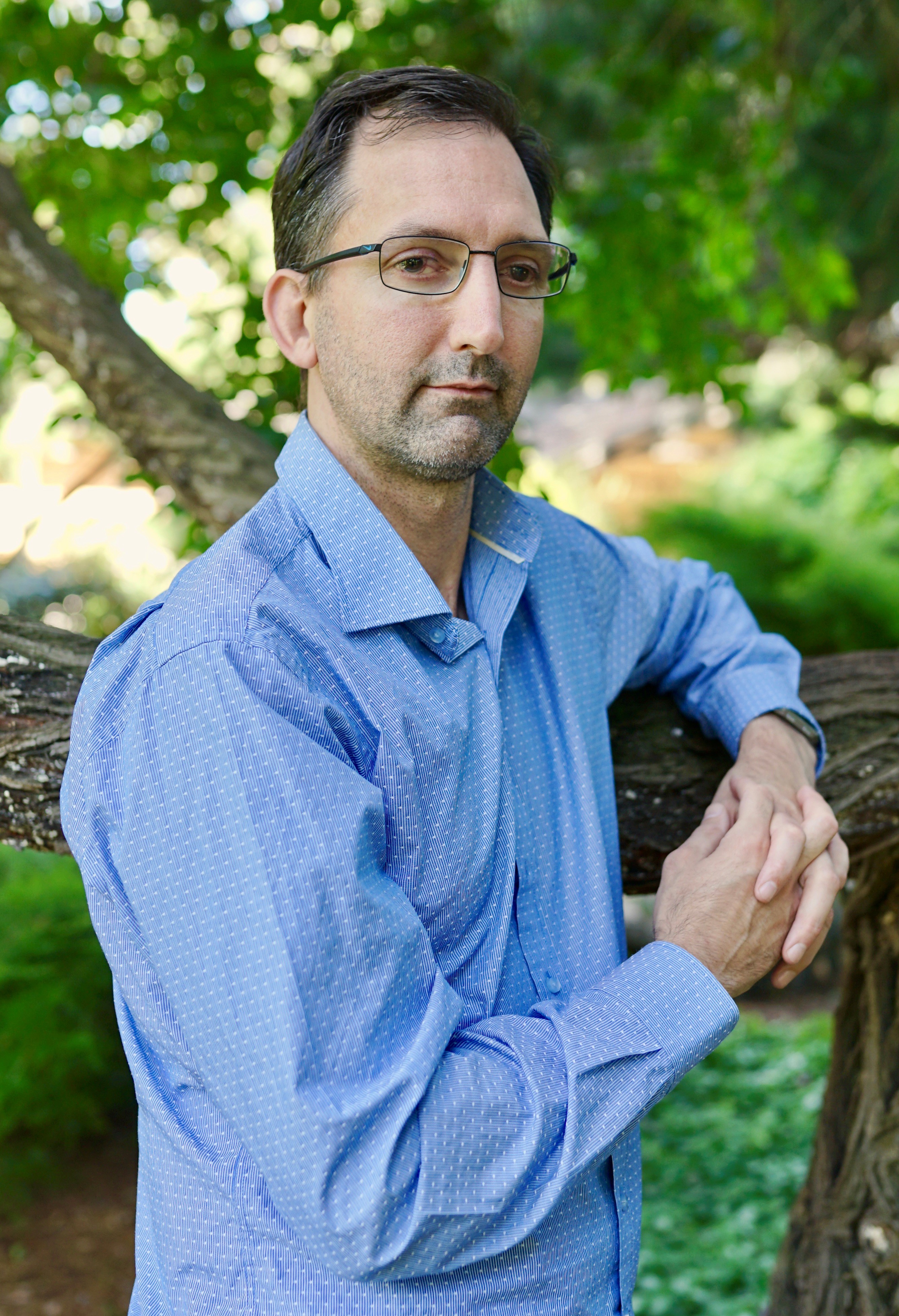 Seb Cielens is a South Australian writer who has immersed himself in Asian culture and history since he was a child. His stories recount the turmoil of life in late imperial Korea and China, weaving hundreds of hours of historical research into vivid and inspiring fictional tales. When he started training in Kung Fu at the age of thirteen, Seb had no idea that it would lead to a lifelong passion for this amazing place and time. After training in Chinese, Japanese and Korean martial arts for much of his life, he began putting it together with a lifelong passion for writing. Seb is a high school History teacher by day, and writer by night. He has managed these achievements despite being legally blind. White Lotus is the first novel in what promises to be a bountiful career as an author.