Title: Did It All Before

Award-winning photojournalist Scott Rowe is struggling with the physical injuries and emotional scars caused by the terrorist attack that killed his interpreter, Omran Saleh. A long succession of doctors and surgeons have put his body back together, but to Scott, his mind seems beyond repair. Panic attacks ambush his days, and nightmares haunt his fitful sleep. He can’t bring himself to touch his broken camera, let alone consider returning to work. His only sanctuary is the darkroom, where he can escape the secret he carries surrounding Omran’s death.

Dr Jason Andrews is determined to bring Scott back from the brink. His alternative healing methods are like nothing Scott has ever seen, and at first, Scott feels foolish lying on Jason’s table with hot rocks in his hands or acupuncture needles in his skin. But one thing keeps Scott coming back: the detailed visions that appear like movies in his mind, of himself in other times, cultures, and continents, and Jason himself, whose relentless hope steers them through the storms of Scott’s recovery.

As his health improves, Scott begins to wonder what his visions mean. Are they vivid daydreams, figments of his exhausted mind? And why does he only have these visions when he is with Jason?

Did It All Before
Cynthia Hamill © 2021
All Rights Reserved

Scott opens his eyes slowly as he steps out of the darkroom. The small lamp on his bedside cabinet provides only a shadowy glow over the flat, and he shuffles toward it with a yawn, finally ready for sleep.

When he’d started renting this place in Camden three years ago, it was meant to be somewhere to crash between jobs, a glorified storage locker with a shower. It’s square and plain, his bed on one side and galley kitchen on the other, decorated only with photos and trinkets from his travels. After the accident, when it became clear he’d be grounded for a few months, he transformed the bathroom by draping a blackout curtain around the door and setting a plank over the bathtub for his chemical trays. There, he can flip on the fan and work for hours, just feet away physically but miles away mentally from his bed, where insomnia and nightmares crowd out any hope of sleep.

His darkroom habit is his only connection to photography these days. He hasn’t picked up his camera since he left the hospital in January; it’s in pieces, after all, his £3,200 digital Canon collecting dust in his cupboard. Scott never did find out who collected it from the scene and sent it along with him in the ambulance. They shouldn’t have bothered; he can’t bring himself to touch the thing, even to throw it out. Instead, he finds solace in the undeveloped film from his 35mm Leica.

Film is reserved for London, family, and home, where there are no publishing deadlines to meet or editors to please. He has compiled quite a collection of undeveloped rolls over the last few years; being home only a day or two at a time had given him a chance to take pictures but not develop them before he’d be on his way again, so his desk drawer holds a grab bag of birthday parties, impromptu picnics, and London day trips. He never knows what will appear on the long strip of film, but he knows what won’t. There will be no Ukraine, no Kabul, no Delhi; no plane crashes, no war zones, no children dying in poverty.

Last night, the roll he processed had turned out to be all Olivia and Thomas, two years ago at Christmas. Scott’s heart clenched pleasantly when the images appeared, remembering how he and his sister had sprinkled jelly babies and crisps in the garden for reindeer food because Thomas thought that’s what they’d like. Tonight, Scott picks out a few frames to print for Olivia, of their mum filling stockings and Thomas’s astonished reaction to his new toy train. He spends time printing the images, making sure the contrast is perfect. His eyes finally get heavy as he places the last few photographs on the drying rack.

The sky is not yet lightening. Scott picks up his phone from the bedside cabinet to check the time. Thursday, the 19th of May, 4:07 a.m. An appointment reminder lights up, and shit, today is his first session with the new guy Dr Coulter wants him to see.

At least the appointment isn’t until two.

After he crosses the day off his calendar with his black Sharpie (he’s up to day one hundred fifty-nine) and sends a quick goodnight message on WhatsApp, Scott arranges himself in bed, flat on his back with his bad arm propped up on pillows. He’ll get a few hours of sleep after all. 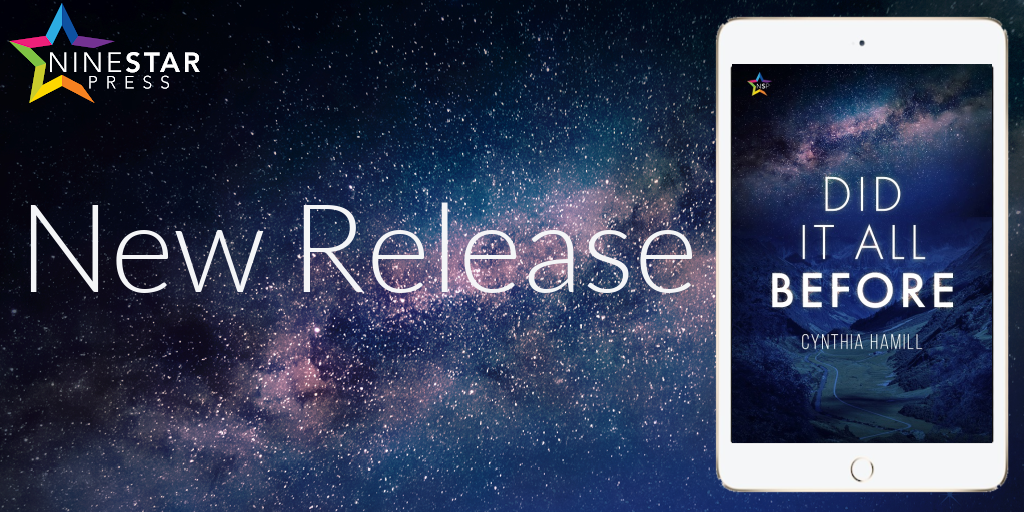 Cynthia’s love of romance began in eighth grade when she chose to read Jane Eyre instead of Huckleberry Finn. Charlotte Brontë, Emily Brontë, and Daphne du Maurier shaped her passion for love stories that feature mysterious plots and unforgettable characters. At thirteen, she couldn’t have imagined a world where books appear on screens at the touch of a button, but decades later, romances of all genres fill her (digital) shelves while her dog-eared, well-loved copy of Jane Eyre still lives on her bedside table.

Cynthia’s art history degree landed her a museum job in New York, but she left the Big Apple when her own love story took her to the prairies of the Midwest. She now lives a stone’s throw from the Mississippi River, and you can find her poring over art books, reading tarot cards, taking nature walks with her family, and reading and writing love stories.