Book 1 in the Galaxy series 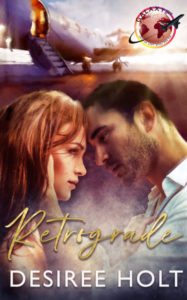 Peyton West is desperate. Her brother-in-law is dead, her sister is in a coma and no one seems interested in finding any answers. With every door slammed in her face, she’s referred to Scott “Blaze” Hamilton and the men from super-secret Galaxy.

Conducting meetings on a plane and digging into the underbelly of Tampa politics, she sees a ray of hope…and discovers Blaze lives up to his name in more ways than one. She crosses her fingers that the scorching sex will continue to blaze once the killer is found.

Well, didn’t this just turn out to be a clusterfuck.

“They’re gaining on us,” John ‘Rocket’ Hardin called from the rear of the van.

“I’m pushing this baby as hard as it will go,” Matt ‘Viper’ Roman ground out.

The tension inside the van was so thick they could almost see it. Disaster was always waiting for them around the corner, but Scott ‘Blaze’ Hamilton knew if anyone could get them to the exfil point, it was Viper. No one could outdrive him.

“Damn it,” Blaze swore under his breath.

A previous rescue attempt by another group had failed and put the hostages in jeopardy. That was always when Galaxy was called. When Blaze had done his research, he’d learned that the only reason the hostages were still alive was because the kidnappers needed them to make sure the ransom was paid. At first, it had sounded like a by-the-book rescue. Jim and Nita Rosen, one of America’s one-percenter couples with money to burn, had been kidnapped for ransom. Their daughter, Angela, afraid her parents would be killed if she called in the FBI, had paid it, but the jerkoffs had come back and asked for more.

When the first people she’d hired had botched the job, that was when she’d turned to Galaxy.

For the four highly trained former SEALs, this should have been a simple retrieval. Tapping into every source, they were unhappy to learn that the kidnappers were less than sophisticated. They were offshoots of a cartel whose leader was barely second tier and had big ideas about establishing himself. Kidnapping was his prime source of income while he built up enough of a bank to take on the big cartel chiefs. These people were the most dangerous kind, since they had oversized egos and small brains. The crew who worked for him came from the dregs, which meant things could easily go wrong.

Reaching out to all their contacts, they’d gotten the location where the Rosens were being held—an old warehouse just outside the little town of San Felipe. Only two guards were on duty at any one time, an indication of the kidnappers’ stupidity and arrogance. The one good thing was that the so-called brains behind this kidnapping only showed up once a day, about midday, to check on their victims. It certainly sounded like amateur hour to Galaxy, but sometimes those were the ones that went sideways.

After a drive-by to scope the place out and take pictures, the team planned the operation. They would breach the building, grab the Rosens and get the hell out of there in their borrowed van before the leader and the rest of the bad guys showed up for their daily visit.

‘Saint’ Francis, their official pilot, would be waiting for them at an extraction point with the helicopter.

As they’d learned in the military, if something can go wrong it will.

Fucked up beyond all repair.

Especially with kidnappers like these, who were not very smart.

At first, it was smooth sailing. Only one vehicle, an old car, was parked by the warehouse. They knew from their source that this was the one driven by the two men left to guard the Rosens, so they were good to go. Using an infrared scanner, they were able to determine the location inside of the guards—away from the captives, sitting near the entrance to the warehouse. Breaching the door was kindergarten work for them, as was disposing of the guards before the two knew what was happening. They grabbed the Rosens and hustled them out to their waiting van.

Just as ‘Viper’, their designated wheelman, cranked the engine, a car drove up to the warehouse. Three well-armed and unpleasant-looking men tumbled out, even before the vehicle had come to a stop. One looked to be in charge, pointing at the Galaxy van, and at once the others began shooting at them. They pulled out onto the road before the doors were even fully shut, but the other vehicle was after them at once. Blaze thought there must be a hell of a motor in that thing, because they barely got out to the road before the other vehicle was practically on their tail.

Now they were racing down the two-lane road to the extraction spot with shots from the vehicle behind them peppering the van they were using. It pissed Blaze off that a cheap-ass operation like this one had managed to grab two high-value targets and get away with it. But even more, that best-of-the-best Galaxy was barely escaping a deadly showdown.

“Fuck it all,” Viper cursed.

“It’s true, you know,” Blaze reminded his partners. “The only easy day was yesterday.”

“And today will be our last,” Rocket snapped at him, “if we let ourselves get beaten by these pieces of shit.”

“Never fear. The Viper is here.”

Viper was swerving back and forth to avoid the bullets as they sped down the road at a speed that would dry the spit in the mouth of most people.

“Yeah?” Blaze shifted in his seat. “Well, get us the fuck out of here, then.” 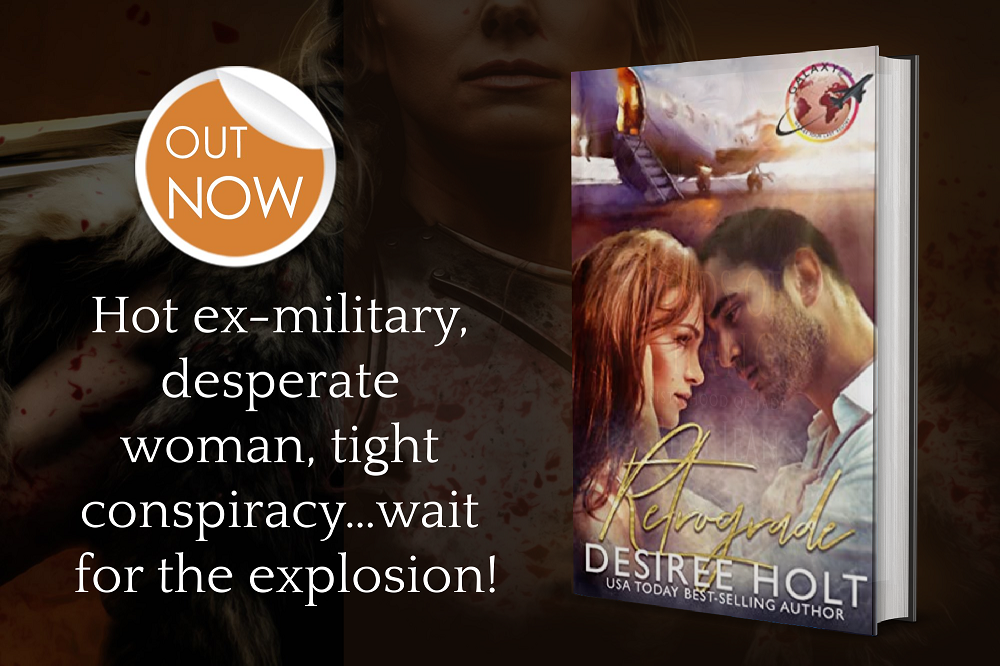 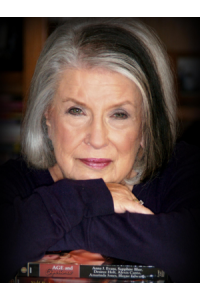 A multi-published, award winning, Amazon and USA Today best-selling author, Desiree Holt has produced more than 200 titles and won many awards. She has received an EPIC E-Book Award, the Holt Medallion and many others including Author After Dark’s Author of the Year. She has been featured on CBS Sunday Morning and in The Village Voice, The Daily Beast, USA Today, The Wall Street Journal, The London Daily Mail. She lives in Florida with her cats who insist they help her write her books, and is addicted to football.

DESIREE HOLT IS GIVING AWAY THIS FABULOUS PRIZE TO ONE LUCKY WINNER. ENTER HERE FOR YOUR CHANCE TO WIN A LOVELY GOODIE BAG AND GRAB YOUR FREE DESIREE HOLT ROMANCE BOOK! Notice: This competition ends on 31th December 2020 at 5pm GMT. Competition hosted by Totally Entwined Group.