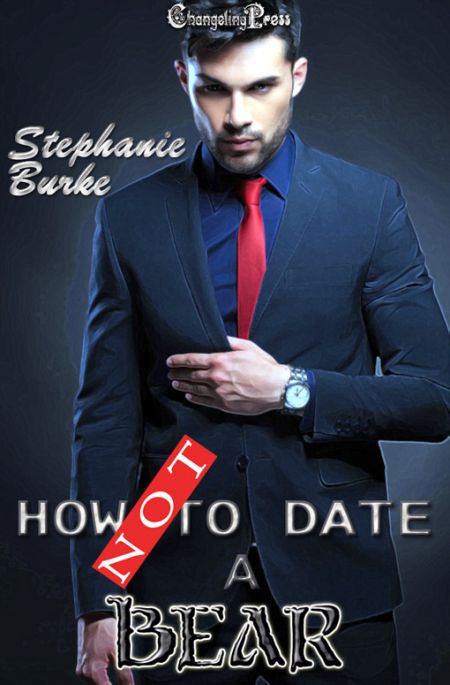 Declan Batalova is a bear unlike any other. After brokering a deal that will keep his people safe in their new country, the Russian shifter goes for relaxation in a new club that caters to bears.

Cosmetologist Gillian Leekey is a woman on a mission. She loves big, muscular, hairy men, and Declan is perfect in every way.

But after one night of passion, the Bear Shifter Mafia is declaring war at her front door! When did life get so complicated? But that’s what happens when you decide to date a bear.

“You most certainly are.” Gillian licked her lips as she stared at one of the most impossibly huge men she had ever seen. Imposing was too weak a word to describe this mountain of perfection. And the slight accent was just the icing on the cake. “But I have to see more to be sure.”

He quirked one eyebrow, but then smiled at her, showing off dazzlingly white smile teeth. Oh, yeah, this man was perfect. And he was a man, not a boy like so many of the posers — or should she call them cubs? — in this club. Either way, this man stood head and shoulders above the rest of them.

His hair was cropped short. Not military short, but short enough to be respectable and still show a little curl. He had a five o’clock shadow that was looking more like ten o’clock shadow, it was so heavy. But it definitely wasn’t a beard, just a thick growth of daily facial hair. His shoulders were broad to the point of straining the seams of his custom-made charcoal silk dress shirt. It had to be custom. Nothing she’d seen on the rack of any big and tall men’s shop was broad enough to fit his body so perfectly. Even his pleated black dress pants had to be tailored, his thighs were so thick and well developed.

He was visibly not as young as most of the other bears in the Bear With Me club. It was her first time here, and if there were more like him, she would go home and beat her head against a wall for missing out on this place’s delights for so long.

Gillian was an unabashed bear lover. There was no shame in her game. So long as her lover didn’t have an excess of back hair, she was so there. Of course, personality had a lot to do with her selection of a partner, but the first thing she noticed was the build of the man and the amount and type of hair he sported.

God, she loved a hairy chest. And contrary to popular belief, it could be too curly or too long. Chest hair had to be soft and plentiful, not too thick and not too invasive. She loved hair, but she did not rejoice in picking it out of her teeth. A thick mat of pubic hair was a major no-no in her book. Ferreting through a curly forest of the stuff to find her tasty treats was not her idea of a good time.

The more mature the man, the better. She’d had her fill of young idiots wasting her time. She wanted a man — a real man, a hairy man — and the one standing before her with one dark eyebrow quirked more than fit the bill. “More?”

“The shirt, Doll-Face,” she all but purred, nearly dancing in anticipation.

“You want to see me without my shirt?” He looked more amused than offended, his bright green eyes sparkling.

“Yes, please.” She batted her eyelashes. “I really do.”

“And if I show you?” His voice had dropped to a husky growl that made her toes tingle. She could get off on that voice alone.

“If you have the right to call yourself a bear, I will know.”

“And then?” he asked, definitely amused now. His eyes, a beautiful green sparking with gold highlights, crinkled at the corners. “If I really am a bear like I claim?”

“Then I’m going to take you home.” She moved closer to him, close enough to feel the heat wafting off his body, close enough to inhale the musky scent of him that smelled, oddly enough, of vanilla and sugar. “And then I am going to do unspeakable things to your body.” She had no idea what was wrong with her. She had never felt this hot for anyone before. There was something special about him.

“Unspeakable?” His voice sent rumbling vibrations from the bottom of her feet to the top of her head. She suddenly found it hard to breathe as he loomed over her.

“Oh, yeah.” She resisted the urge to rub her thighs together as her body reacted to his closeness in a gush of wet heat in her panties. “Unspeakable.”

“Then by all means.” He smirked as his large, rough-looking hands with their long fingers deftly unbuttoned his shirt and let the smooth silk slide down his arms, catching at his wrists.

“Oh, sweet mercy,” Gillian breathed, her eyes filling with heat she could not hide as she took in the broad expanse of hairy chest right before her eyes.