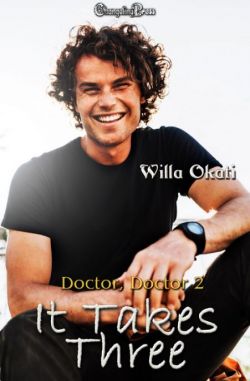 Geoff’s a medical student. Hardworking, driven, tightly wound as an entire mattress factory’s worth of bedsprings. Ross is a med student too, but unless it’s got to do with math or science he has no idea what’s going on. He kind of likes it that way. It’s peaceful. Aurélien’s a med student as well. Uber-calm, uber-zen, uber-practical.

The three don’t know each other, but with study burnout and big exams coming up fast, they’re all in desperate need of some R & R. And what better way, proposes Aurélien, than getting a little action? Together. Multiple times, and in multiple ways. Sounds a little nuts to Geoff, but he’d rather his head not explode before he’s licensed. And Ross, well, he’s up for anything if it sounds like fun.

To their surprise and pleasure, once they get started these guys “work” well together. Very much so. Maybe a little too much so. Aren’t things like this supposed to be hard? Sometimes, sure. But in this case, the answer to all their questions is three.

Maxim would love nothing more than to marry the woman he loves, in peace and without distractions, but a series of uncanny murders in the hunter’s city demands his attention.

Meanwhile, Heath is excited to plan Maxim’s and Robyn’s wedding. While he does that, he will have to learn to make time for his own budding relationship with Brian.

When Robyn’s bachelorette party ends in more murder, no one is happy. Yet all are willing to combine their efforts to end the bloodshed for good, so the wedding can be had, along with a happily-ever-after.

In a world where humans are prey, new rules for love are still evolving…

Charmer: Caroline McGrath is thrilled to find another survivor of the zombie apocalypse — until she realizes he’s Robbie Huston, the only guy she ever had a one-night stand with. Now they’re depending on each other for their very survival. When they find Tyler, another survivor, everything gets more complicated. Now Caroline’s now got twice as much to lose… Will she be able to hold on to both her men once they reach Robbie’s uncle at Dusty Mile?

Dusty Mile Survival Guide: Against all odds, Caroline and Robbie have made it safely to Uncle Larry’s Dusty Mile Camp. Uncle Larry wants his new camp members to start a garden in an effort to reestablish a food supply, but Caroline can kill a plant by looking at it. Robbie decides Caroline’s just not properly motivated. Some plowing of a different kind might be just the thing to get this project growing! 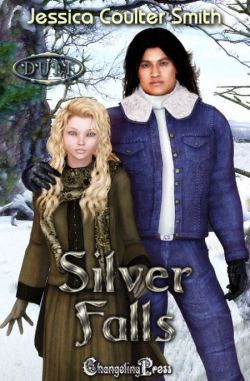 In the magical town of Silver Falls, things are never what they seem.

One Magickal Moment: Cerridwen Obrey is a witch, but that doesn’t mean she knows much about other paranormals. When a chance encounter with a handsome hunk of a werewolf leaves her pregnant, Cerri doesn’t expect to ever see the man again. Kade’s far from ready to be a father, but when a one-night stand turns into a chance at the family he’s never had, he realizes Cerri may be exactly what he needs to make his life complete. But will he be too late?

Love’s Magick Kiss: When Hadley lost her beautiful twin daughters to a drunk driver, she thought her life was over. Though she’s still haunted by their loss, Lucas has always been there for her. When her hunky neighbor finally asks her out, she knows saying yes is the right thing to do. But he’s more than just a big teddy bear. Is it safe to trust her heart to a grizzly?