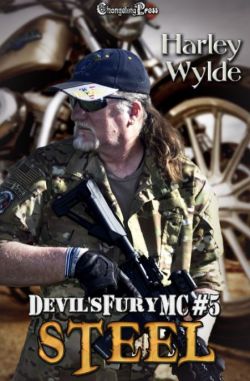 Rachel — Getting pregnant in high school hasn’t exactly made my life easy, especially since my daughter’s father wants nothing to do with us and his parents hate us. Starting over in a new town sounded easy enough, but finding work and a place to stay isn’t so simple in Blackwood Falls. I never counted on a knight in shining armor coming to my rescue, or that he’d be riding a Harley. There’s something about the sexy silver fox that makes me feel safe. Steel might be some big, tough biker, but anyone who rescues a pug and names her Victoria can’t be all bad, right? I only hope I’m not falling for the wrong guy yet again. My heart can’t handle it, and neither can my daughter’s.

Steel — I may have seen a lot in my time, and done things that would give most people nightmares, but I’m admittedly a softie when it comes to kids and animals. Little Coral might have enchanted me at first, but her mom is the one I can’t get off my mind. I can tell she’s running from something, and I’ll find out what one way or another. She thinks she’s all alone, but she’s wrong. She has me — because I always go after what I want and I’m going to make her mine. Doesn’t matter I’m more than two decades older than her. I pity anyone who stands in my way or dares to harm any of my girls — I won’t hesitate to put the bastards six feet under.

WARNING: This age-gap romance contains graphic language and sex, animal abuse, graphic violence, and a big bad biker with a heart of gold. Guaranteed HEA, no cheating, and no cliffhanger. 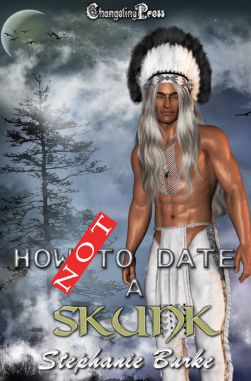 Who knew dating a skunk shifter could be so sweet?

Photographer Bilana thinks she can beat the heat and her migraine by taking her meds and getting out of the sun. But she wakes up to find her whole world order being changed before her eyes.

Chaska is a powerful Dakota warrior in full regalia, defending his right to pick the mate of his choosing. But when Bilana stumbles into a centuries-old rite, he finds himself having to save the beautiful black woman’s life by claiming her for his own.

Now Bilana has an insolent young warrior, a set of elders, and a shapeshifter mate all invading her peace and quiet. She has to learn to accept change as it comes, but that’s what happens when you learn how not to date a skunk. 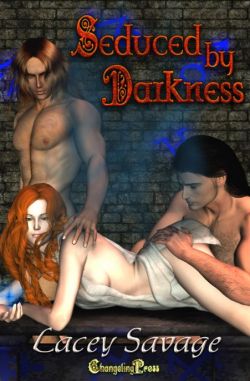 When sexy magician Luke Howard yanks Heidi Cole on stage and names her his audience volunteer, dark desire wraps Heidi in tendrils of passion, as foreign to her as the shadowy world of magic. And then Luke is brutally torn from her arms.

Driven by haunting memories of losing him, she hopes to one day become strong enough to conduct a Summoning and rescue her lover from the depths of Hell. But magic makes no guarantees. When Heidi is finally able to open a portal into Hell, she brings back not only Luke but also his cellmate, a man whose raw sex appeal is only matched by the secrets he keeps.

The descent into darkness will demand Heidi’s body, her heart, her humanity, and the one thing she refuses to sacrifice: her men.