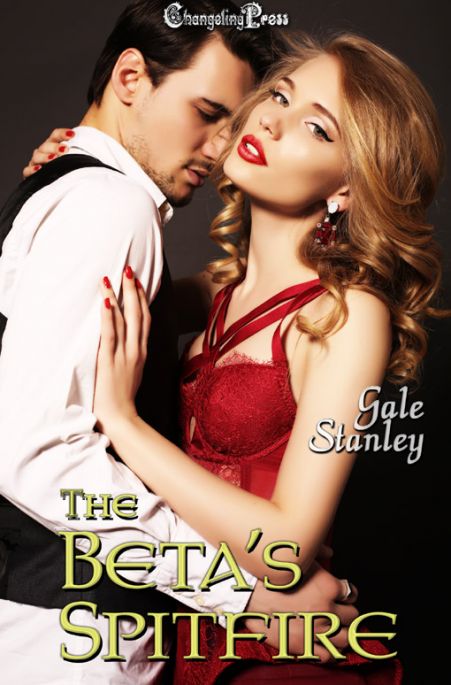 Samson: Levi and I have always been best friends. Now he’s the pack Alpha and I’m his beta, a.k.a. the man who cleans up after his shit storms. This one is a doozy. He dumped his intended bride, and now it’s my job to take care of her while he goes off to find his soulmate. Delilah is beautiful, a real spitfire, and completely off limits. But she ignites a fire that makes my wolf sit up and howl.

Delilah: I was meant to be the mate of an Alpha, so l accepted an arranged marriage with Levi. But the arrogant jerk dumped me right before the wedding. I’m no damsel in distress, so I took off for New York to live a life of independence. Along the way, I was kidnapped and my situation became desperate. When Samson came to my rescue, I never expected him to claim me for himself.

I’ve always been an early riser. Good thing too, because Levi left me a ton of work. I showered and dressed, then headed for Levi’s house.

The front door opened to the living room, which had been converted to Levi’s office. Despite the many shelves and file cabinets lining the white walls, the room remained in a perpetual state of clutter and disorganization. Sighing at the mess, I headed to his kitchen to make myself coffee. I took a few sips, and then carried my mug back to the office and placed it next to the desktop computer.

The computer was grimy and old, like everything else in Levi’s office. I logged on and waited for it to power up. It took forever. I’d replaced the power supply, added RAM, and updated the operating system, but it was already obsolete. I had begged Levi to let me renovate the office, but we always had the argument. “The pack doesn’t have money for nonessentials.”

“Bullshit.” I knew Levi wasn’t tech savvy and he felt intimidated by computers. “Keeping up with technology is essential.”

“My old man never used one when he was Alpha, and he did okay.”

“Not for me, Samson. I’m a hands-on guy. I don’t need a tricked up office and flashy equipment. When my father was Alpha he solved problems by using his head and real physical work, not these so-called laborsaving devices. All they do is keep an Alpha from interacting with his pack.”

I gave up trying. “Okay, man. Whatever you say.”

Even if Levi thought I was right, he would never admit it. Levi was my best friend, but he had a big ego and didn’t take advice well, especially from his second in command. I was good enough for the grunt work and maintaining law and order, but when it came to running the pack, my opinions didn’t count.

The rest of Levi’s house wasn’t much better than the office. To say it needed work was an understatement. The old clapboard two-story house sat next door to his parents’ home and had been furnished with their castoffs, right down to the floral print couch. There were two bedrooms and a bath on the second floor.

I couldn’t understand why he hadn’t fixed the place up for his intended bride, but then Levi had never showed much interest in Delilah. The day she arrived he took off for some appointment and he’d been doing it ever since, leaving me to fill in as escort and bodyguard for the stunning redhead.

Delilah was a real looker. Smart as a whip, too. She-wolves are supposed to do as they’re told, but Delilah had a mind of her own. Levi complained plenty about her independent streak. His Alpha ego demanded a more compliant mate. Not me. I want a strong woman I can talk to, an equal, a partner. But I wasn’t likely to find one in our pack. We outnumber the women two to one.

Tradition holds that a wolf will know his true mate, but with so few women to pick from, a guy can’t rely on destiny. That’s why Levi’s father ignored the old ways and went outside the pack to find him a suitable mate. If I didn’t choose a woman soon and start breeding, Levi might do the same for me.

Reproduction was a top priority for us. So was keeping the bloodline pure. I understood the reasons, but letting an Alpha pick my wife, even if he was my best friend, didn’t appeal to me. Still, I was a loyal pack member and I’d probably go along with Levi’s wishes like I always had.

Right now, that loyalty was driving me crazy. Levi had me babysitting a woman I’d rather be fucking. Her scent drove me crazy, and every time I laid eyes on her, I got tongue-tied. He might not want her, but that didn’t mean I could have her. According to the bro code a bro’s ex-girlfriend is off-limits.

So here I was, drooling over Delilah, while I made up excuses to explain Levi’s absence. I knew Delilah didn’t believe me and I felt like a heel.

I was pretty sure he was fucking someone. We hold she-wolves to a strict standard of conduct. No sex until marriage. The same didn’t hold true for our men. We could screw around as much as we wanted. It was hypocritical, but it was for the good of the pack, so no one disputed it. Except Delilah. I overheard her yelling at Levi once. She accused him of bringing her to the Adirondacks to be his broodmare. I had to bite my lip so they wouldn’t hear me laughing. Like I said, she’s feisty.

Sighing, I started putting together the end of the month financial reports. The keyboard had been used so much all the letters were worn off. Good thing I knew them by heart. One of the keys started sticking. Luckily, I was done.

I took a swallow of my coffee and listened to the voicemail. My ears perked up when I heard Levi’s voice. Maybe he was coming home, finally.

“Hey, Samson, I’m on my way home and I’m bringing my new wife. Uh, do me a favor, buddy. Can you straighten up the house? Thanks. I owe you one.”

“What the fuck? You owe me a hell of a lot more than one, you son of a bitch.”

To say I was stunned was an understatement. The only tail Levi had been chasing was the demiwolf he’d fucked at his bachelor party. She was one hot stripper, but he should have stuck with humans. Messing with a half-breed can get complicated. But it was his bachelor party, and, like I said, he never listened to me.

What should I tell his parents? And Delilah?

I smelled her before I saw her. Delilah’s tantalizing scent hit me full force. My wolf stirred, randy and ready for business. I looked up and there she was, standing at the open door, the most beautiful creature I’d ever seen, a five foot four inch she-wolf with pale skin, flaming red hair, and bottle-green eyes. How could Levi have let her go?