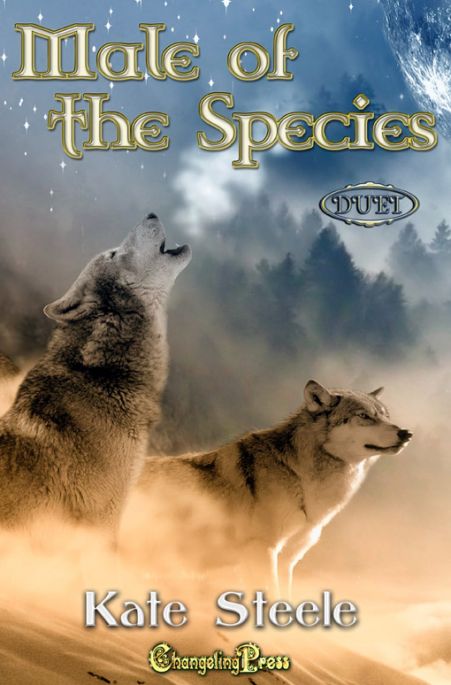 Refusing to believe loving another man is wrong, these werewolves fight to build their own pack.

Male of the Species: Devin Grant is an alpha on a mission. Rejected by his pack, Devin finds himself alone. A chance meeting with fellow outcast Quinn Alexander starts him on the path to forming his own pack. Along the way, he makes an enemy — the unscrupulous leader of a black arts coven — and unexpectedly finds his mate, human Ryan Mitchell. With strength and courage, Devin works to win his mate and build his pack — until a stunning betrayal threatens to cost Devin not only his mate, but his humanity.

Transcending Darkness: Is it possible to start a new life with a bang… or rather, a spanking? For Owen Connors that’s just what it takes. When Owen ignores him in favor of a strong and charismatic alpha werewolf, Sam realizes it’s time for a change. For Owen, he’ll take charge and become the dominant, decisive lover Owen needs.

Preorder for May 1st at retailers