Ever since Wire (Dixie Reapers MC), when Outlaw played such a prominent role in keeping Lavender safe, I’ve been asked for his story. Well, guess what … Today, I’m sharing the cover for Outlaw, which will release March 6th at Changeling Press or March 13th at retailers!

Broken. Alone. Until an angel showed up and proved I’d only been waiting for her. 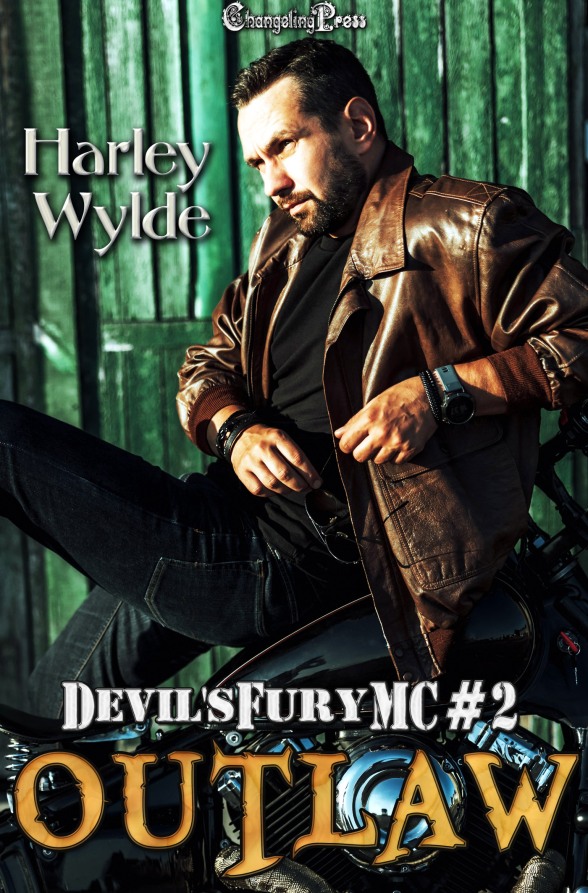 Elena – I’d lost my parents as a kid, but a reverend and his wife took me in. They were good to me, even if there had never been many hugs. Then they started pushing me to marry a man I didn’t want, so I ran. I should have known the moment I walked through the clubhouse doors of the Devil’s Fury that my life would never be the same. I just didn’t count on a bad boy biker being the one to finally make me feel wanted.

Outlaw – The Devil’s Fury are my family, my brothers, but I’m not the same man I was years ago. I’m scarred and broken, or so I’d thought. The little Latina who came to the clubhouse then pulled out a damn book to read had my attention right away. When someone tries to hurt her, I know that I’ll keep her safe. In fact, I’ll just keep her. She’s awoken a part of me I’d thought I’d lost. Didn’t count on her bringing trouble with her, or nearly losing her, but she’s mine and I will fight for her to the very end.

Add to your Goodreads

Did you miss book 1 in the Devil’s Fury MC series? Find out more about Dingo here –> http://bit.ly/2tzp89y

Harley Wylde is the International Bestselling Author of the Dixie Reapers MC, Devil’s Boneyard MC, and Hades Abyss MC series.
When Harley‘s writing, her motto is the hotter the better — off the charts sex, commanding men, and the women who can’t deny them. If you want men who talk dirty, are sexy as hell, and take what they want, then you’ve come to the right place. She doesn’t shy away from the dangers and nastiness in the world, bringing those realities to the pages of her books, but always gives her characters a happily-ever-after and makes sure the bad guys get what they deserve.
The times Harley isn’t writing, she’s thinking up naughty things to do to her husband, drinking copious amounts of Starbucks, and reading. She loves to read and devours a book a day, sometimes more. She’s also fond of TV shows and movies from the 1980’s, as well as paranormal shows from the 1990’s to today, even though she’d much rather be reading or writing.
You can find out more about Harley or enter her monthly giveaway on her website. Be sure to join her newsletter while you’re there to learn more about discounts, signing events, and other goodies!

You can follow Harley on Amazon, Twitter, or Facebook. Get New Release notifications (for US readers) by following Harley on BookBub! Want to talk more about the Dixie Reapers or other Harley books? Join the Wyldlings on Facebook!