When you purchase a book this week from Changeling Press, be sure to use discount code TGIF01-17-2020 for 15% off your entire cart! 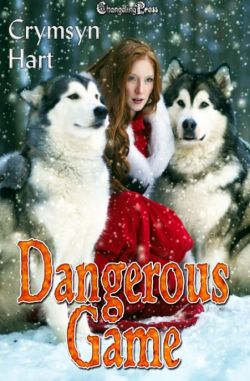 Sadie desperately wants to rescue her friend Narissa from the clutches of the humans who kidnapped her, but before she can find a way to their hidden lab, humans capture Sadie for their evil experiments. Elijah, Luke, and Greyson — her mates — will stop at nothing to get her back. As the wolves search for a way to keep themselves and their packs safe, something even darker lurks in the shadows.

They don’t have one enemy, but two who are out to destroy all the shifters, be they human or Fairy. Will her mates rescue her in time? Can they overcome the threat and save not only themselves, but also set all shifters free from fear?

Her mates will do anything to get her back, even if it means eating the evildoers. 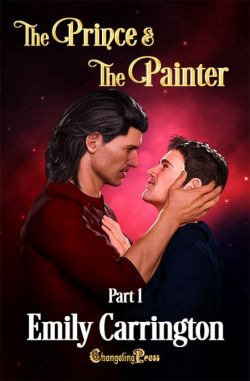 Jason and Aaron would gladly spend all their time in bed together, but they’re haunted by their pasts, literally as well as figuratively. Death and destruction follow them — a rapist and a serial killer are stalking Aaron, and Jason’s growing love may not be enough to protect either of them.

Publisher’s Note: The Prince and the Painter Parts 1 & 2 are the prequel to Painter’s Pride (Prince and Painter 1). For everyone who wanted to know more about Jason and Aaron’s history, thank you. (Be careful what you ask for!)

Warning: The Prince and the Painter Parts 1 & 2 deal with issues of PTSD, M/M rape, hate crimes, stalking, kidnapping, and torture. Jason and Aaron’s stories may be triggers for some readers. 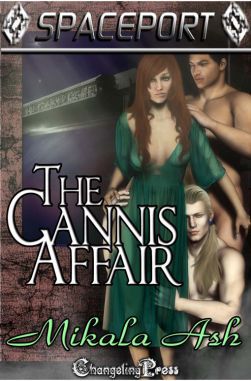 When Peri Barberossa, award-winning sex reporter for the sealed section of the immensely popular guide The Galactic Tourist, flees in order to avoid becoming the newest addition to General R’nok’s harem she encounters two military fighters in the intergalactic void. Peri watches in horror as the two duke it out with quantum torpedoes, and she rescues the unconscious pilots as their ships disintegrate.

What can a dedicated sex reporter do with two gorgeous hunks in her power? The fact that Laz and Rendido are sworn enemies bent on each other’s destruction only adds spice to the heady mix, and Peri studies their sexual mores in an atmosphere brimming with tension… sexual and otherwise. 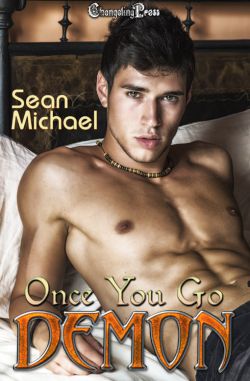 There’s a shift of power happening in Hell, and nothing will ever be the same.

Kerr has been with High Demon Horatio’s household since his age of majority. A natural submissive pleasure demon, for the last seven years he has been untouched by his master Horatio and his job has morphed into a more managerial role. Still, it’s a shock when goons from Master Belial’s house arrive at his doorstep to inform him he’s been sold and his new master expects him to come immediately.

Lost by Horatio in a card game, Kerr finds himself in the Belial household, where Ceris, Master of the Harem, takes Kerr under his wing. Kerr is not only honored and used as he was made to be, but he is given a newly acquired demon, Harmony, as his own to train. The three pleasure demons have a rocky start, but they have all the time in Hell to figure out how to work together, and it isn’t long before they begin to care for one another.

Meanwhile, Belial has waited for thousands of years for Horatio to admit he’s actually a submissive. When it appears that’s never going to happen, Belial arranges for his best friend to lose a card game in which he’s offered himself as the prize. Horatio can’t believe Belial would do this for him, but the council puts their seal of approval on the bet, and he has no choice but to offer himself to Belial, who immediately gets to work convincing Horatio that he’ll be so much happier as Belial’s sub.

Will Kerr and Horatio find joy in their places in the Belial household? Only time will tell.

Publisher’s Note: The novel Once You Go Demon by Sean Michael was available briefly from another house.