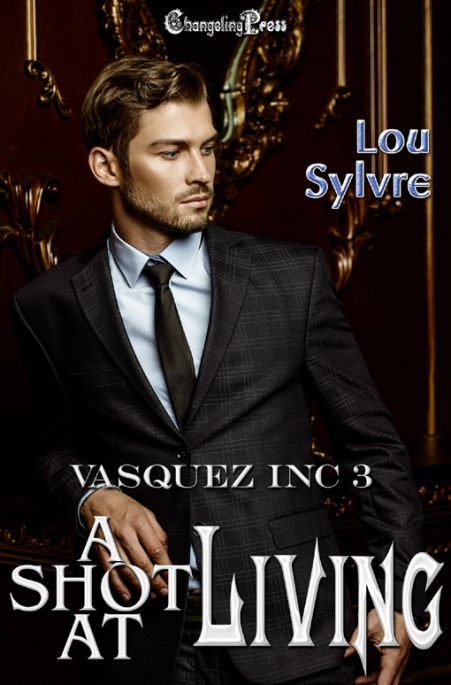 Anxious to leave London and its horrors behind, Brian Harrison and Jackie Vasquez move to Los Angeles. Brian hopes working for Luki, managing a small Vasquez Security branch, will leave him more time to live, love, and play with sub Jackie. But Los Angeles awakens old trauma for Jackie, and follows that with a brand new hit.

While Jackie struggles back to health after a crippling accident, Brian strives to find his balance as Jackie’s lover and Dom. Meanwhile, the more Brian defies the order not to investigate the disappearance of the previous branch manager, the deeper and darker the mystery gets.

Can the couple fan the lusty flames still burning between them, rekindle romance, and rise together in time to stand against looming dangers just ahead?

It seemed like a hundred years since Jackie had woken up to a Midwest snow day, though in reality he’d watched a blustery snowfall outside this very window in his and Josh’s old room in Kaholo’s house less than a year ago. He’d still been a student at the University of Nebraska in Lincoln, and he’d come to visit his great-uncle over the MLK day weekend. He’d gone to bed that night with clouds obscuring a sickle moon, and in that misty light he’d dreamed sweet and sexy dreams of Brian Harrison.

He’d just found Brian again a few weeks earlier, six years after their first meeting — six years after Brian had helped rescue him from a sociopath at a crime lord’s compound in the Umatilla. Back then, Jackie, an already traumatized teen, had instinctively trusted Brian. When they’d met again last year, he still felt that way — intrigued, connected, and totally safe. He imagined at the time that he might have found a friend, a lover, and the Dom of his sub dreams. Hence the hot visions of Brian warming his dreams that wintry night.

Now, a year later, he smiled at the January morning outside his window, watched the frosted branches glitter under a pale sun riding low in a crystal sky, and snuggled back against that very same Brian in the flesh.

Despite calendar proof to the contrary, Jackie felt years older — no doubt because so much had happened in little more than a year’s time. He’d graduated from the University of Nebraska, got together with Brian, and spent four long, frustrating, scary months in London, England. When he’d left the States, he’d known better than to have specific expectations of what London would be like, or the university he’d be attending, or even seeing Brian more and becoming his exclusive lover and sub. But no one could have predicted the horror story those months in England had become.

Some things had been good — specifically the being-Brian’s-lover-and-sub part. Although, truthfully, Brian had been so busy with work that Jackie had spent a lot of frustrated time waiting for him to show or call or answer his phone. He wasn’t quite sure if trying to keep busy and keep his mind off not seeing his boyfriend was part of the reason he’d gotten into such deep, deep shit. But whatever the reason, it had been shit and it certainly did get deep.

Multiple murder deep. Pair of true psychos deep. Jackie’d had to save himself and a friend from them, and he’d pulled it off pretty well. Still, in the end Brian had come to the rescue with exquisite timing.

In the aftermath, Brian had been politely asked to resign his Scotland Yard job, and Jackie had been less than welcome to return to London University — somehow the blame for his psych prof having been a sociopathic murderer had come to rest on Jackie’s own compact, freckled shoulders. He and Brian had decided they would be all too happy to put London behind them. They’d packed up their things, Marley the cat and Soldier the dog, and booked their flights.

“Maybe we’ll come back someday, though,” Brian had said after they’d boarded the plane at Heathrow, U.S. bound. “I’ve lived here more than six years, and up until now, I loved it. If you were with me, I’d love it more.” Jackie would have been willing to talk more about the possibility, but as soon as the plane reached cruising altitude, with its accompanying reduced engine noise and unplugged ears, Brian got horribly, mercilessly airsick. The subject had never come up again, but he supposed it probably would sometime in the next year or two.

Meanwhile here they were, the two of them, still at Kaholo’s house after Christmas and New Year’s. They were enjoying a very long layover on the way to Los Angeles, where Jackie would be continuing to work toward his master’s and then hopefully his doctorate. Brian would soon be working for Luki. He’d been hired to manage the recently abandoned Los Angeles office of Vasquez Security.

Or, make that VSI — Vasquez Security, Incorporated. After recovering from cancer, Luki had taken a giant step back from his close management and daily work with the very successful business and made it a limited corporation, with Jackie, Josh, and Kaholo owning a 29 percent share between them. Luki held on to his own 35 percent while Sonny held 16 percent in his own right, meaning as a married couple they still had a controlling 51 percent of the business. The rest had been divvied up between Josh’s year-old daughter, Jade, a marvelous friend named Margie, and a stock pool for VSI employees. He’d explained to Brian and Jackie that decentralizing had been part of his plan, making branch managers much more independent.

“I guess that means you’re working for yourself, sort of,” Jackie had said to Brian later while they walked a path through the oak trees at dusk, throwing sticks along the way for Bear, Luki’s chow mix, and Soldier, whose white Belgian shepherd coat made him hard to spot in the snow.

“Hah!” Brian smiled and took Jackie’s hand, warming it even through their gloves. “I don’t think there will ever be even a hint of a question about who’s the boss at VSI, to tell the truth.”

Jackie had laughed and teased, “You mean the answer isn’t going to be Brian Harrison?”

Brian had actually snorted at the ridiculous idea. “Hell, Luki’s nickname is ‘Boss.’ I don’t think ‘decentralizing’ went so far as to change that. And besides who would ever want to argue with him?”

But when Jackie spoke to Jude, Luki’s office admin — who also happened to be a very good friend — she snickered.

MORE FROM LOU AT CHANGELING PRESS …