Will the woman he left behind a decade ago be His Salvation?

Seth McCullough left behind his high school sweetheart, Krista Chancellor, determined to keep her safe. Running from his own demons, Seth joined the military, hoping for a new start.

Ten years later, after experiencing psychological and physical trauma, Seth takes a trip to Mexico for rest and relaxation. Waking up one morning confused, bloody, and linked to multiple high profile murders, Seth is sure he’s lost what little sanity he has left. Determined to find answers, Seth reaches out to the only person he ever trusted, his old flame, Krista.

Now, Krista and Seth find themselves embroiled in an agenda too terrifying to comprehend. Not sure who to trust, and looking for answers, will the woman he left behind over a decade ago be His Salvation, or his ruin?

PLEASE NOTE: This is the second edition. It has extensive rewrites and has been re-edited. 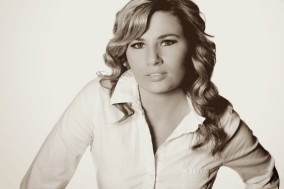 Michelle Bellon lives in the Pacific Northwest with her husband Chayne and her four quirky and beautiful children. She loves coffee, Superman, rollercoasters, and has an addiction to Chapstick.

She works as a registered nurse, is pursuing her Masters and in her spare time writes novels. As a multi-genre author, she has written in the categories of romance suspense, young adult, women’s fiction, and literary fiction. She has won four literary awards. You can visit Michelle’s website at http://www.authormichelleking.com/

Breathe in. Breathe out. This mantra gets Tessa Benson through the day.

The man she loves walks all over her, and she just wants to get by without her heart shattering to pieces. If she could find her voice, she’d scream.

Everything changes in one night, when she’s snatched from the streets and tied to a bed, a camera set up to capture her dying moment. And the person who paid to watch her die…is still out there somewhere.

Tessa prowls dark neighborhoods in a quest for justice, but she doesn’t find the killer. Not until they strike again…in the place Tessa is least expecting, and where it hurts worst.

But some history doesn’t stay buried.
When Shyla goes undercover to bring down drug kingpin Victor Champlain, the case takes her back to a town that hasn’t forgotten her, and to a past she thought she’d left behind.

Then, she meets Brennan Miles, a genetically altered kidnap victim, who has been turned into a weaponized super-human. Victor helped Brennan escape from a hidden genetics research facility known only as The Institute, where he’d been held and experimented on for years. In return for his freedom, Brennan now works for Victor as his bodyguard.

Shyla is drawn to Brennan’s strength, and to his humanity. Even after she discovers his secret — he must have human blood to survive. Shyla knows she can’t take down Champlain by going through Brennan — he’s too strong — and he’s loyal to Victor. 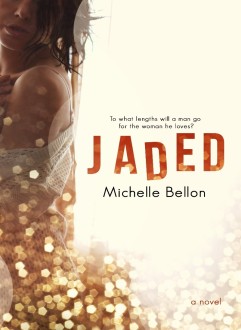 To what lengths will a man go for the woman he loves?

Reed Dartmouth will learn the answer to those questions time and time again throughout his relationship with Jade Montgomery.

When he first meets her as a young, gentle boy the heartache from losing his mother only a year before is still fresh and painful. Jade is different from anyone else he’s ever met; tough, sassy, and even a bit cruel. But she’s also the same as he is: she knows what it’s like to lose a parent.

Their friendship begins and a bond like no other is formed. Time passes and Reed learns that not only are Jade’s parents dead, they were murdered and she’s made an oath to one day bring them justice. No matter the price.

As they grow older their love evolves but for Jade, old habits die hard and she can’t stop hurting those she loves the most. Even in the midst of searching for her parents’ killers, passion ignites and jealousy burns as Jade tests Reed’s devotion for her. Will she push him too far?